Magyar Posta and Azermarka are presenting the peacock motif often used in the applied folk art of both countries on a joint miniature sheet. Cross stitch embroidery from Transdanubia is featured on a light background on one of the stamps of the miniature sheet, and a detail from a horse blanket from the Caucasus is shown on the other. The designs of the first day cover and the postmark are decorated by compositions related to the topic. The new release, designed by the graphic artist István Weisenburger, was made in cooperation with the Museum of Applied Arts and the Museum of Ethnography, and printed by the ANY Security Printing Company. . 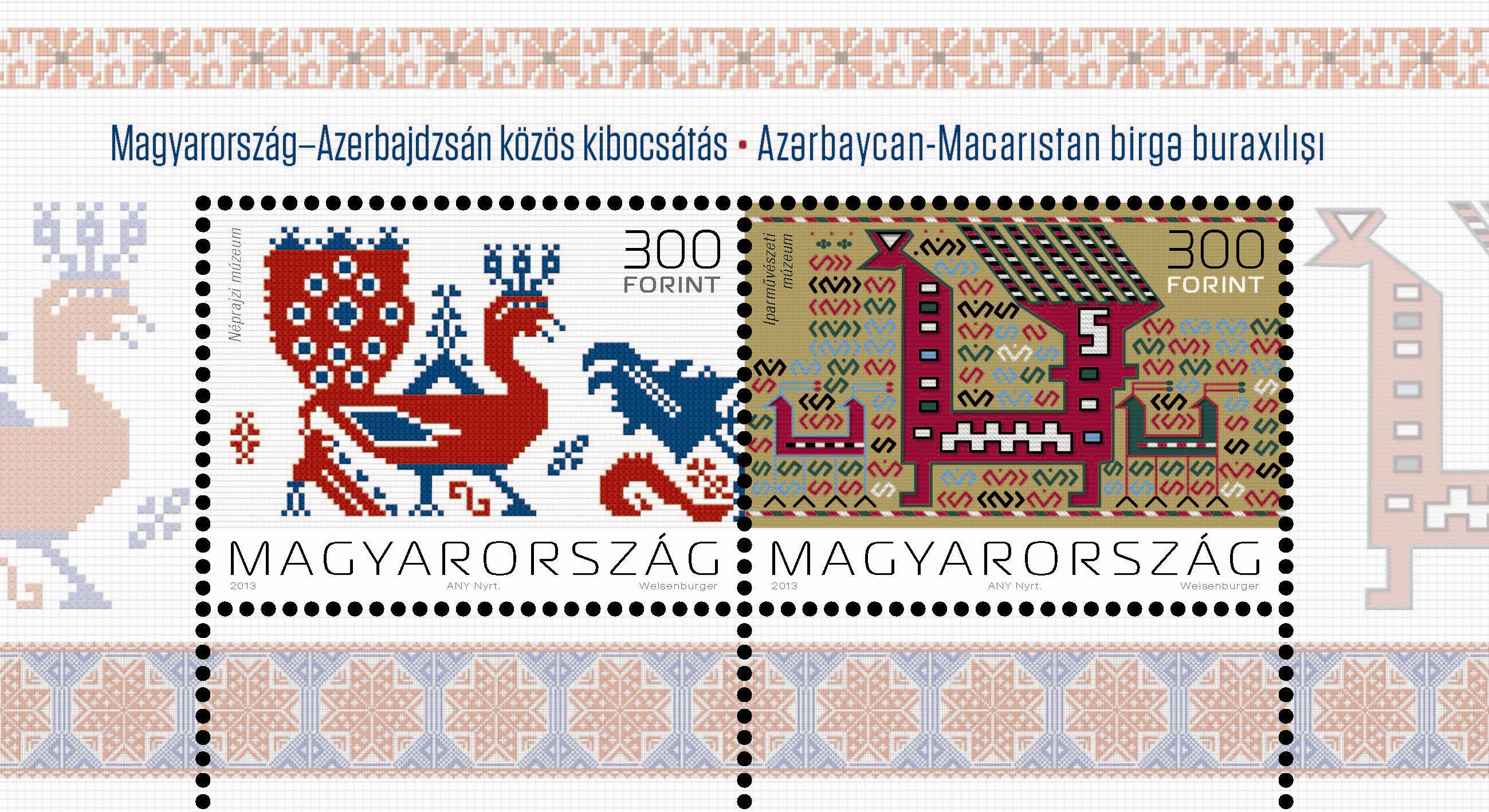 The pillow cover made of light hessian embroidered in oblique cross stitch from 1891 is decorated with peacocks, floral patterns and stars. The original of the stamp design is an exceptionally beautiful example from the textile collection of the Museum of Ethnography. Similar motifs were very common in Transdanubia. Peacocks frequently featured in embroidery, mainly in home textiles. Embroidered articles such as pillows and ornamental covers played an important role in special events in family life such as births, marriages and deaths. 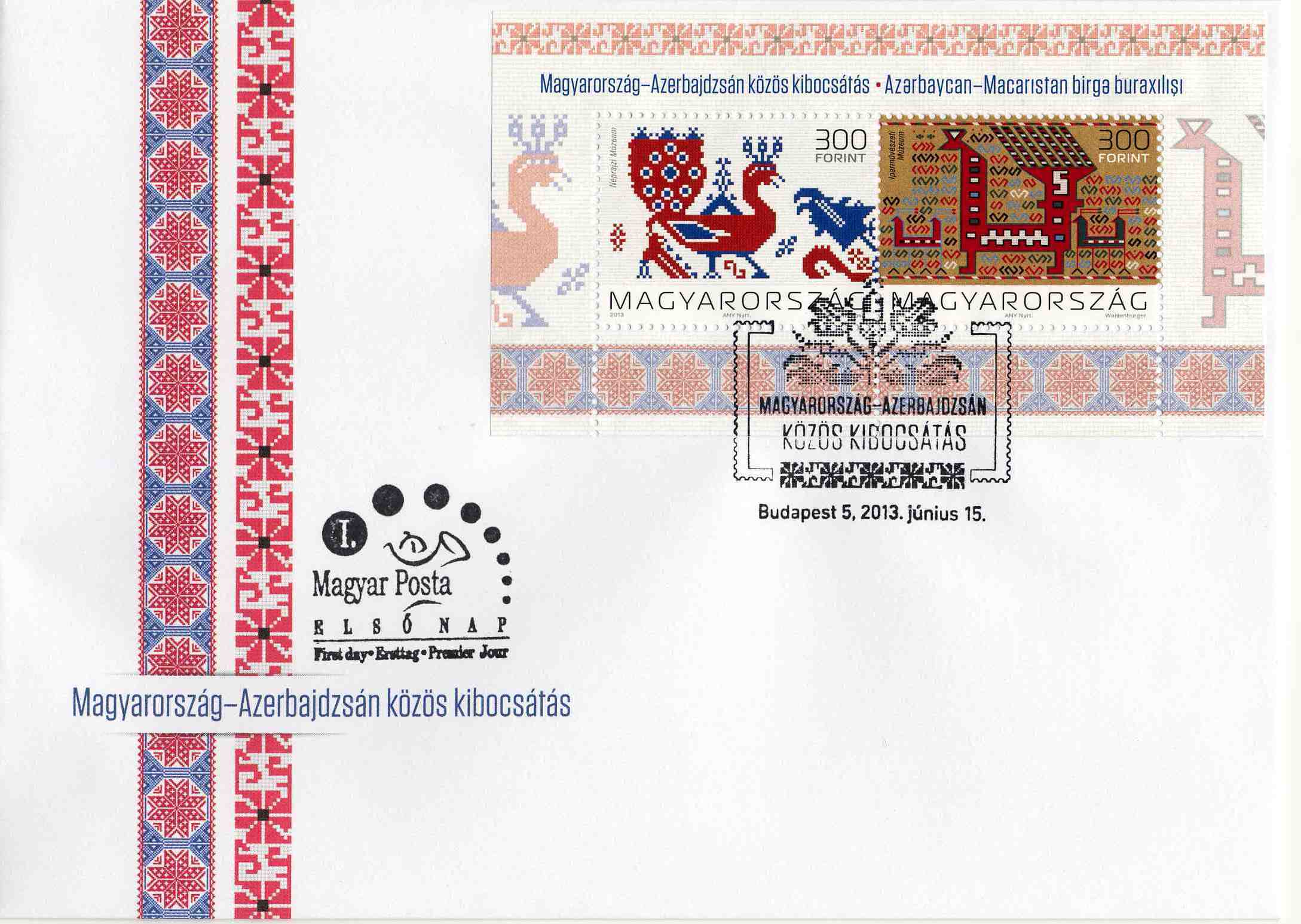 The Azeri peacock motif originates from a horse blanket made at the end of the 19th century. The wool blanket from the Museum of Applied Arts was woven in two pieces and sewn together. The blanket covered a horse’s body and two long straps were tied at the front of the animal’s breast. Horizontal lines of peacocks with other birds and the “S” motif representing life-giving water are a common pattern of south Caucasian woven horse blankets. A richly patterned blanket increased the value of the horse and indicated the owner’s wealth. The horses carrying the bride’s dowry at a wedding were covered with these highly decorative blankets.
Joint stamp issues are an established practice of the posts of the world, and the stamps issued are symbols of cultural cooperation between countries. Magyar Posta has jointly issued stamps with Austria, Germany, Israel, China, Iran, Japan, Croatia, Sweden and Slovenia in recent years. The joint stamps will be issued in both countries with the same design at the same time.