The Tourism series of ordinary stamps is being expanded by the stamps of Szeged Cathedral and the Springhouse at Orfű. Magyar Posta’s new stamps were designed by the graphic artist Eszter Domé and made by the printing company Pénzjegynyomda. The new stamps will be available from 3 May at Filaposta and large post offices in Hungary, but may also be purchased online from Magyar Posta’s web site.

Szeged Cathedral: The foundation stone was ceremonially laid on 21 June 1914. The building was designed by Ernő Foerk. The construction, however, was delayed and only recommenced after the Great War in 1923. The cathedral was consecrated on 24 October 1930. Szeged Cathedral is the only cathedral that was built in Hungary in the 20th century. Its towers are 81 m high and the external height of its dome is 53.6 m. The church is 80.8 m long and 51 m wide at the transepts, and its largest bell weighs 8,537 kg. Source: dom.szeged.hu 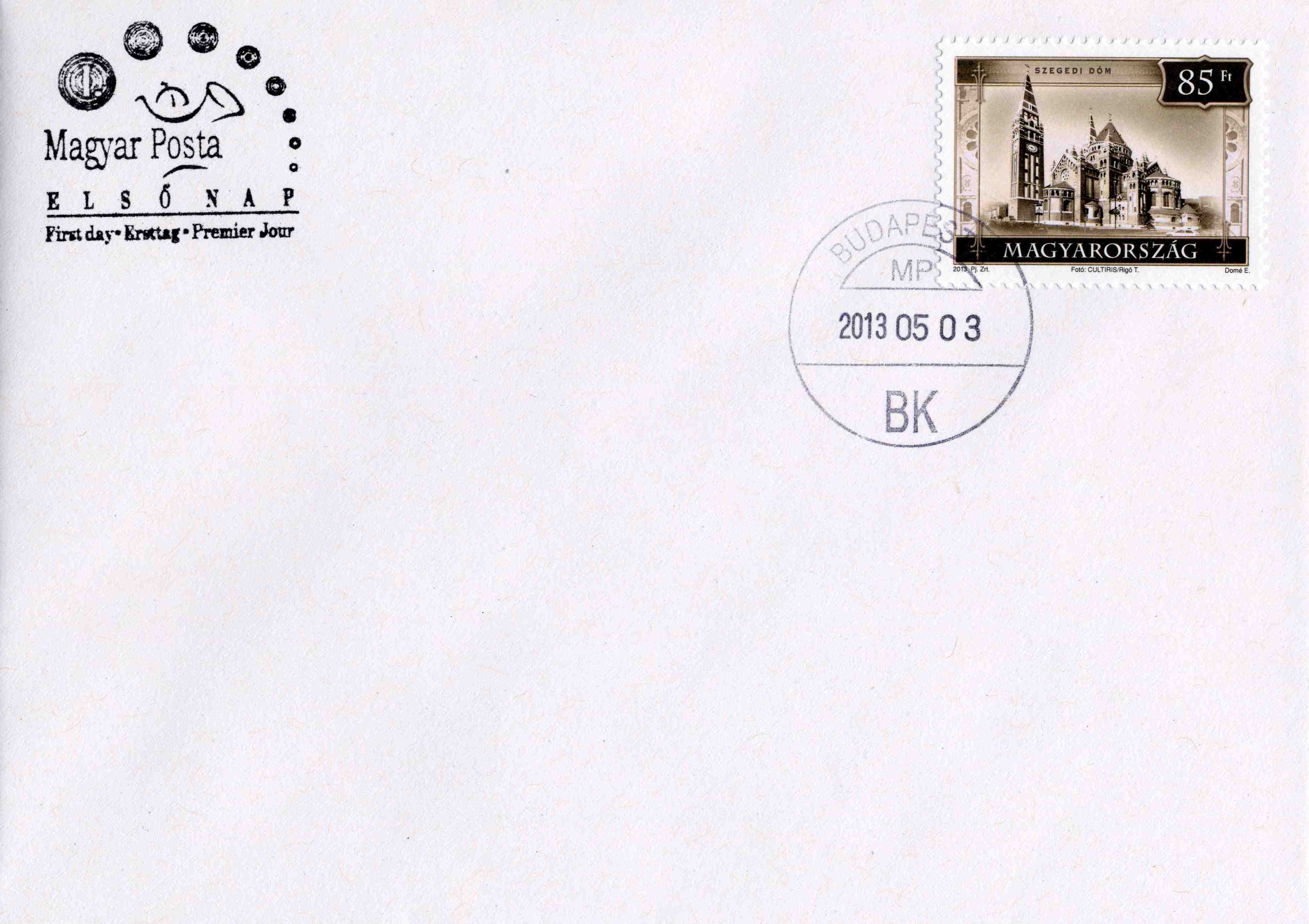 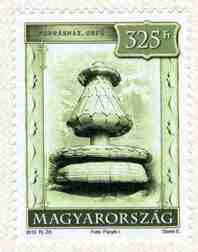 Springhouse at Orfű: The springhouse, a listed building, was built between 1970 and 1974. It was designed by György Csete, who won many professional awards including the Kossuth, Ybl and Prima Primissima Prizes. Circular and sixteen-angled rooms are arranged on the springhouse’s vertical axis. The stairs have a radius of one metre, and there is a central steel newel with a concrete wall which is a span thick. The lower floor is a reinforced concrete, cantilever slab conoid about four metres high with an overhang of some six metres creating an open terrace above and a space below. Source: muemlekem.hu