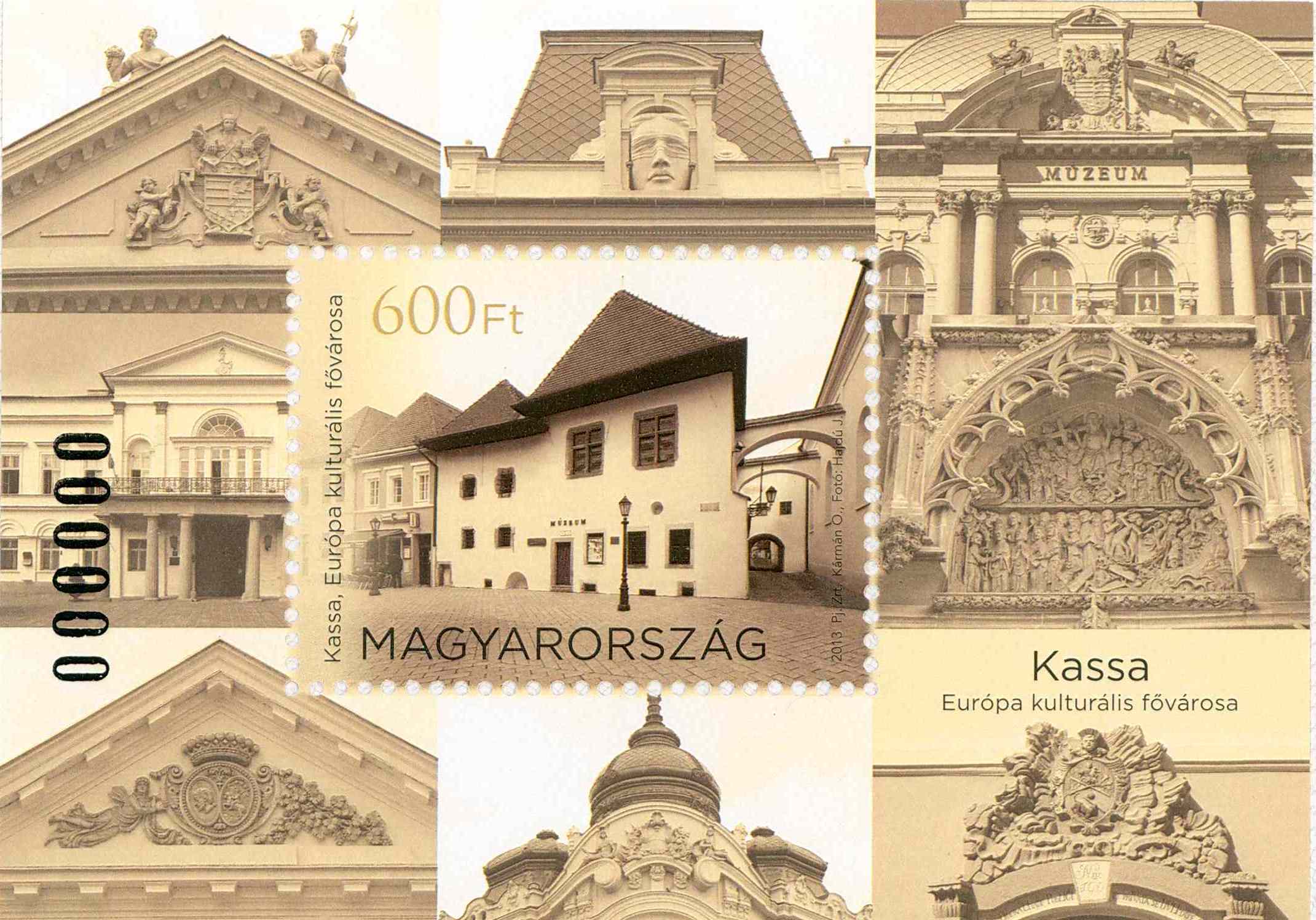 Magyar Posta’s commemorative stamp issue programme for 2013 begins with a stamp block on Košice. The stamp to be issued on 25 January features the city’s oldest surviving building, the Mikluš Prison, formed from two adjoining early Gothic houses. The border around the stamp shows the city’s most beautiful buildings including details of the façades of St Elisabeth’s Cathedral, the building of the former military headquarters, the Forgách Palace and the East Slovak Museum, a Neo-Renaissance palace designed by Jenő Lechner and built in 1899. The stamp block was designed by the graphic artist OrsolyaKármán based on photographs by JózsefHajdú and has a face value of HUF 600. Eighty thousand copies were made by the banknote printing company Pénzjegynyomda. 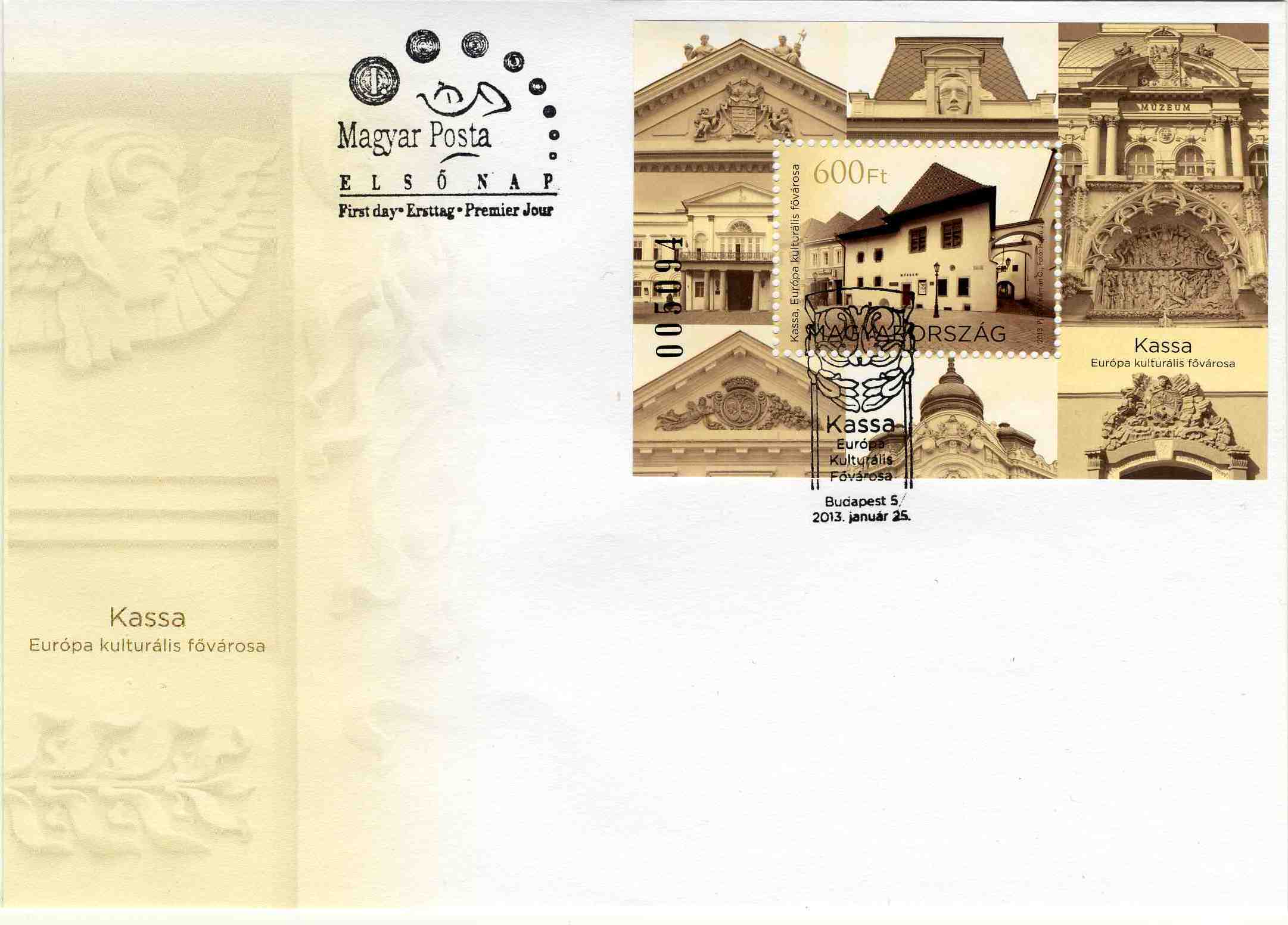 The prestigious title European Capital of Culture is awarded by the European Union for one year. During this time the chosen city is afforded the opportunity of presenting its cultural life and cultural development. The Council of the European Union launched the city of culture programme in 1985, which has been operating under the name of European Capital of Culture since 1999. In 2010 the Hungarian city of Pécs received this esteemed title, while in 2013 Marseille is the other European Capital of Culture along with Košice. Košice, Slovakia’s second largest city, is known as Kassa in Hungarian. It was once the seat of the Abaúj-Torna (Abov-Turňa) county in historic Hungary. Today the city is the centre of the district and region which bear its name, and is the seat of the Catholic and Lutheran dioceses. It is twinned with Debrecen and Miskolc, while its partner city is Budapest. The area has been inhabited since prehistoric times and was first mentioned in written records in 1230. Kassa became a free royal town of the kingdom of Hungary in 1347 and was the venue of the diet held by King Louis the Great in 1374, where succession by the female line was approved. The first Hungarian language newspaper MagyarMuseum was published there in 1788. It became an episcopal seat in 1802. A replica of the Hungarian Prince Francis II Rákóczi’s house in Rodosto in Turkey, where he lived in exile, was built in the city in 1906. At the same time the prince’s body was buried in the crypt of the cathedral.