In the Year of Hungarian Architecture Magyar Posta is marking the bicentenary of the birth of Miklós Ybl by issuing commemorative stamp blocks. The stamp block depicts the building of the Wenckheim Palace in Szabadkígyós designed by Miklós Ybl and the background printing features the floor plan of the Palace. The first day cover for the stamp shows József Marastoni’s lithograph of Miklós Ybl. The block was designed by Ferenc Gusztáv Feredi and produced by the printing company Pénzjegynyomda. The new block will be available at large post offices and Filaposta in Hungary from 4 April, but may also be purchased from Magyar Posta’s online store. 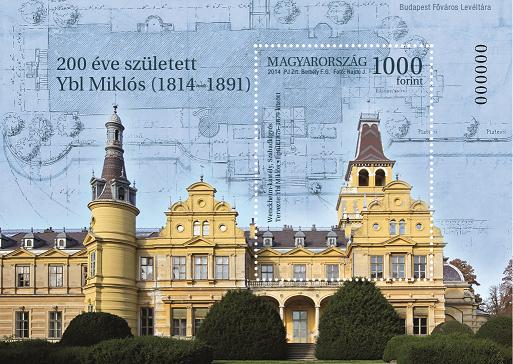 Miklós Ybl (Székesfehérvár, 6 April 1814 – Budapest, 22 January 1891) was one of the greatest Hungarian architects of the 19th century and a major figure in European revival architecture. His style was in essence Romantic, embracing the Romanesque and neo-Renaissance. Ybl is noted as the designer of many apartment houses, palaces, country houses, public buildings and religious edifices. He was decorated with the Knight’s Cross of the Order of Franz Joseph on 11 September 1865 and the Knight’s Cross of the Order of Leopold in 1882, and was appointed a member of the House of Magnates by the king on 21 June 1885.
The Wenckheim Palace in Szabadkígyós was designed by Miklós Ybl in the neo-Renaissance and eclectic styles and built between 1875 and 1879. It was consecrated on 19 July 1882. The surrounding twenty-three hectare park has been a conservation area since 1954. (Source: Ybl Society - ybl2014.hu) 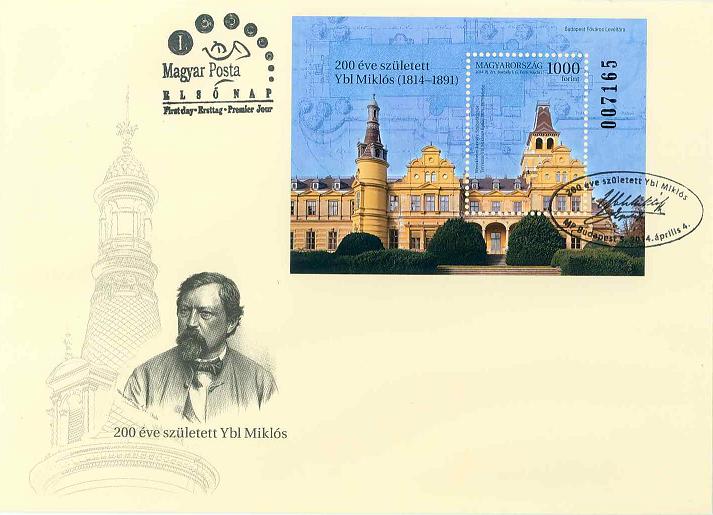