Ábrahám Ganz was born 200 years ago

Ábrahám Ganz was born 200 years ago

Magyar Posta is issuing a commemorative stamp to mark the bicentenary of the birth of Ábrahám Ganz (1814-1867), a pioneer of Hungarian industry. The stamp design shows a detail of the production process of the hard-cast railway carriage wheel made based on a patent by Ábrahám Ganz. The stamp was designed by the graphic artist Ferenc Gusztáv Borbély using photographs by József Hajdú and produced by the ANY Security Printing Company. The source material for the stamp and the first day cover was provided by the Foundry Museum of the Hungarian Museum of Science, Technology and Transport. The new stamp will be available at large post offices and Filaposta in Hungary from 6 November, but may also be purchased from Magyar Posta’s online store. 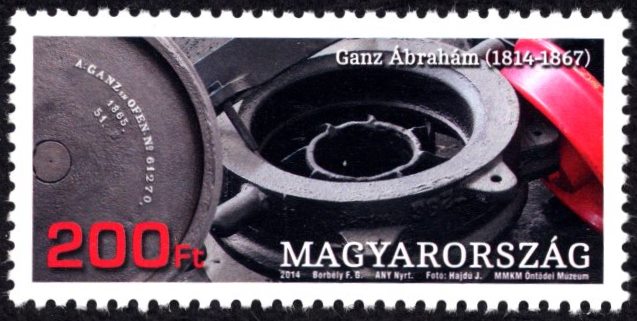 The craftsman cum entrepreneur Ábrahám Ganz arrived in Reform-Age Hungary from Switzerland. His invention, hard casting, revolutionised the production of railway wheels, thus laying the foundations for a safer and better means of transport. The silver medal Ganz won at the First Hungarian Industrial Exhibition in 1842 for the products of the foundry of the rolling mill where he was employed was an indication of the success of his work. In 1845 he became independent. The production of the one hundred thousandth hard-cast railway wheel was celebrated on 23 November 1867. To mark the occasion, he gave a dinner for all his employees and their family members. Ganz devoted large amounts to social purposes throughout his life and established a fund for pensioners and the sick in his factory which was unique in Hungary at the time. From his savings he purchased a plot in Buda and commenced the production of commodity and consumer goods in his own foundry. As a wealthy businessman, he bought another nearby plot in today’s Bem József Street in about1858, where he built a foundry which was much more modern. Today this building houses the Foundry Museum of the Hungarian Museum of Science, Technology and Transport. The foundry was constructed in the style typical of factory buildings of the period. The lights of the saw-tooth roof supported by wood trusses provided natural lighting for the building throughout the day. This is the oldest roof of its kind to have survived in Hungary. The first written record about it appeared in the newspaper Vasárnapi Újság from 1862. The article described in detail that there were five large and eight small smelting furnaces in the building, producing several hundred thousand cast iron products a week. A foundry operated in the building until 1964. Following some minor changes, the building opened its doors as a museum in 1969. The Foundry Pantheon in the garden of the Foundry Museum houses the bronze bust of Ábrahám Ganz made by the sculptor István Cserenyei Kaltenbach in 1968, which adorns the first day cover. (Source: Foundry Museum of the Hungarian Museum of Science, Technology and Transport, sztnh.gov.hu/feltalalok/ganz.html) 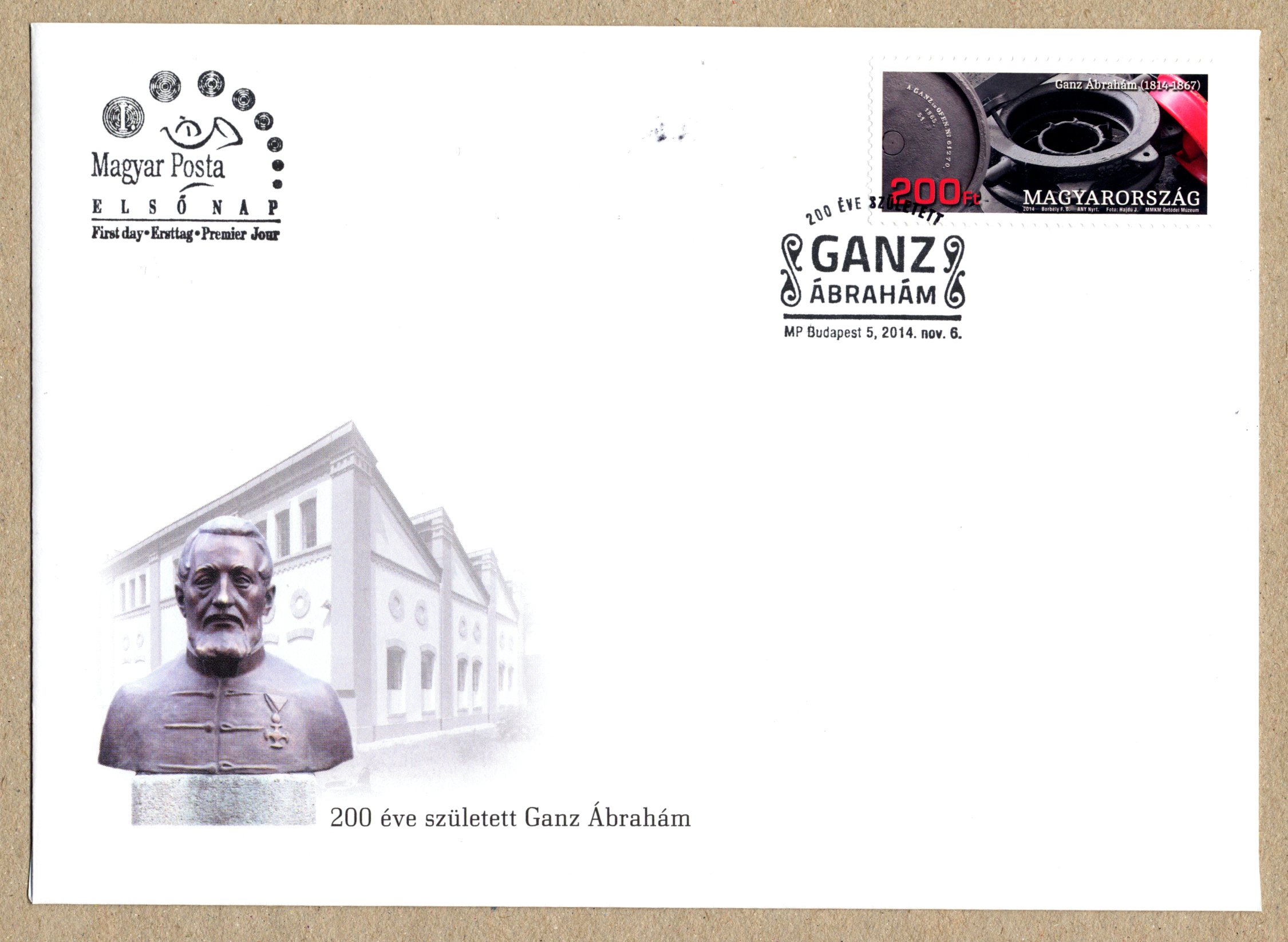