The fauna of Hungary - insects

The fauna of Hungary - insects

It is an established practice of Magyar Posta to periodically present the breeds and species of animals indigenous to Hungary on new stamps. On this occasion well-known and less well-known insects are presented: the Green Hawker is shown on a numbered stamp block, while the Dendroleon pantherinus, the mantidfly, the Carabus auronitens and the Stilbium cyanurum are shown on the denominations of a set of stamps. In the case of the last two denominations the offset printing method was supplemented with so-called diffraction film printing, as a result of which the insects shown on the stamps are shiny like real insects. The miniature artworks were designed by Kálmán Székely and printed by the banknote printing company Pénzjegynyomda. The new stamps are to be released on 9 Szeptember at Filaposta and at large post offices in Hungary, but will also be available for purchase on Magyar Posta’s web site. 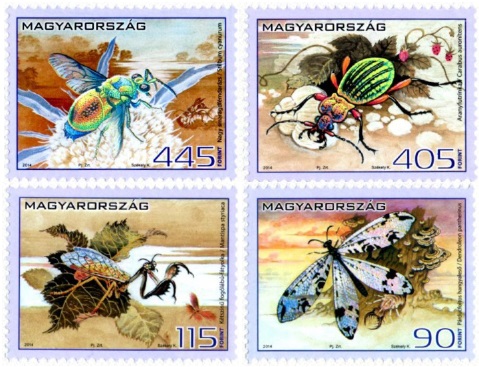 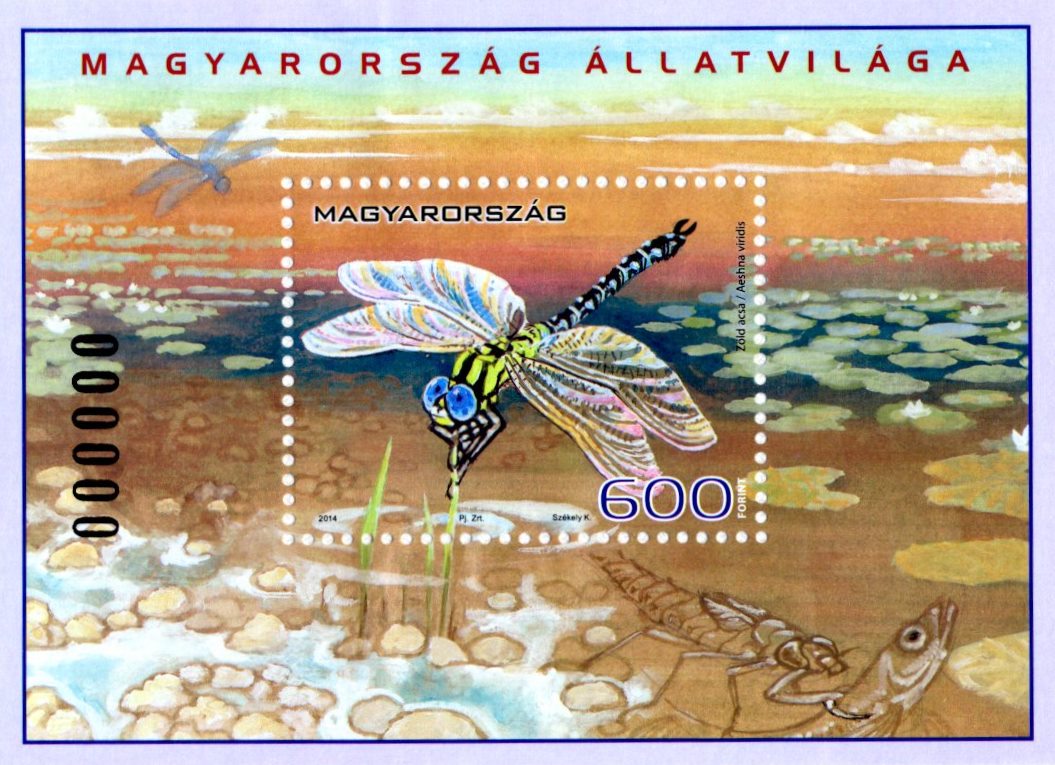 Among other patterns the wings of the Dendroleon pantherinus are also decorated with peacock pattern. It is regarded as one of the most beautiful domestic species. Its larvae develop in the holes of decaying trees where they feed on other insects. It is a protected species in Hungary.

The mantidfly (Mantispa styriaca) first of all lives in oak forests in Hungary. It is a predatory insect, which is easy to recognise by its characteristic front legs. Its length can be as much as 20 cm, and its wing span is between 30-35 cm. Its wings are transparent like glass and wide-veined, and it has a yellowish brown colour with dark brown patterns. It feeds on different types of flies, which it catches from ambush, with a rapid movement of its front legs. It is a protected species in Hungary.
The Carabus auronitensis present in Hungary typically in the mountainous region along the western country border. Both the adult insect and its larvae hunt in the undergrowth mainly for snails, worms and earthworms. It hunts mostly at night, and during the day it hides among stones or under plants. It is a protected species in Hungary.
The Stilbum cyanurum is the largest species in the family of cuckoo wasps (Chrysididae) living on the European continent, its size can vary between 9-14 mm. It glitters like a flying gemstone as it flickers around the nests of mud daubers built in sunburnt loess walls. First it softens the hard mud cells of mud daubers, and then, using its telescopic ovipositor it lowers its egg into the larva of the host animal. It is a protected species in Hungary.
The Green Hawker (Aeshna viridis) lives in the north-east regions of Hungary. First of all it has significant breeding colonies at standing waters populated with water soldiers (Statiotes aloides). It grows to about 7 cm long. Due to the fact that it is active at dusk and in the evening, it has especially big eyes. It appears at the beginning of July, in warmer periods it comes out only at dusk and is still around flying when it gets completely dark. In the autumn it can be seen during the day too. It is specially protected in Hungary. (Source: hu.wikipedia.org, vili.pmmf.hu; dr. Móczár, László: Legyek, hangyák, méhek, darazsak - /Flies, ants, bees, wasps/) 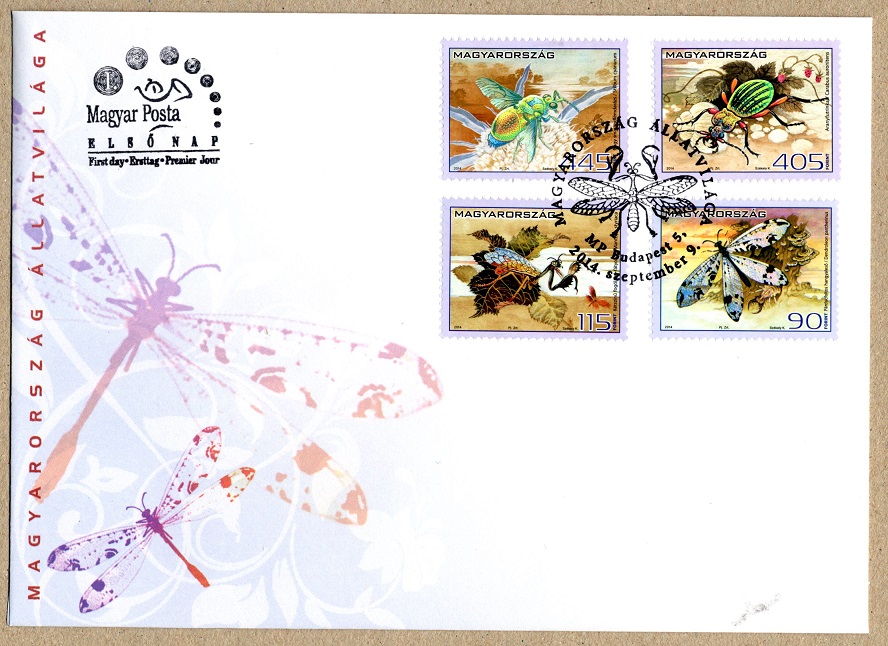 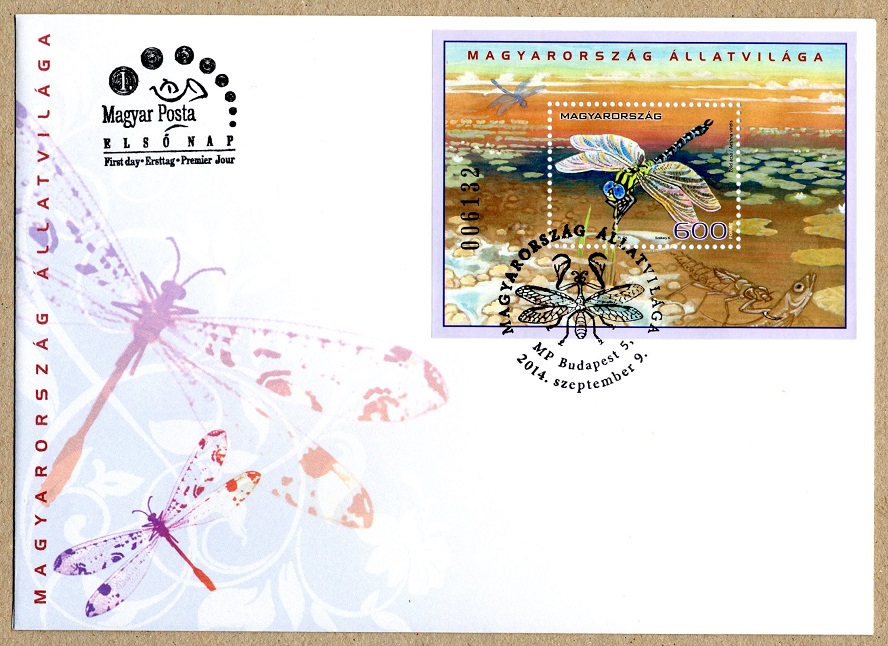