Magyar Posta is marking the quincentenary of the Tripartitum by issuing a commemorative miniature sheet containing four stamps. The compilation of the three-part book of the Kingdom of Hungary’s customary law was commenced in 1504 by István Werbőczy, who was later elevated from lord chief justice to palatine, and was completed in 1514. The stamps show the cover page of the translation of the Tripartitum, published in Debrecen in 1565. The stamp was designed by the graphic artist György Kara and produced by the ANY Security Printing Company. The new issue will be available at large post offices and Filaposta in Hungary from 4 July, but may also be purchased from Magyar Posta’s online store. 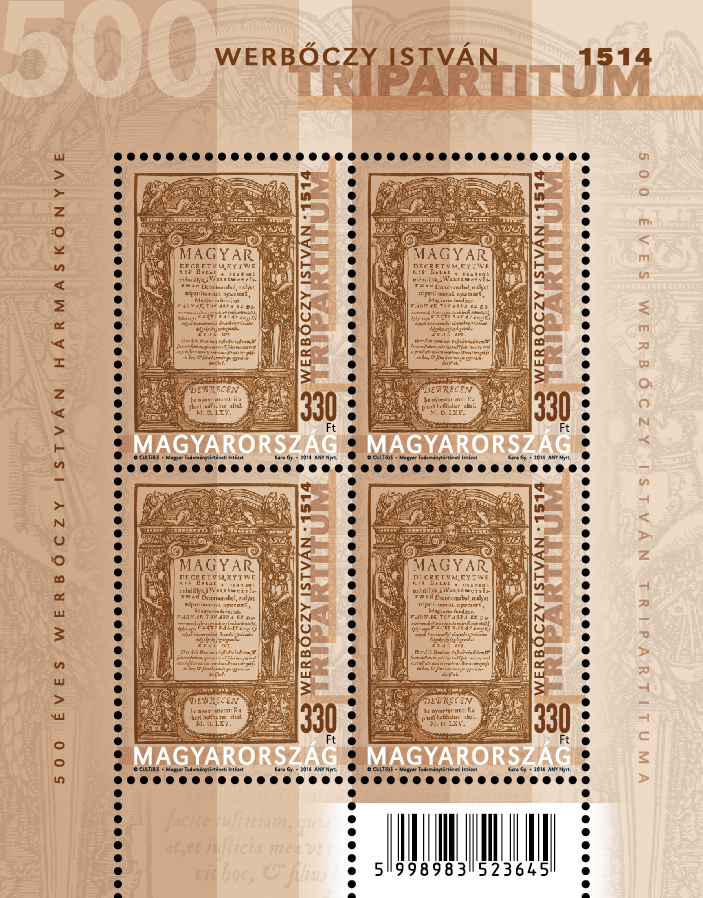 In the 15th century feudal fragmentation and attempts to centralise appeared in the field of the law-making. The sources of the law used in charters were unclear and different legal rules were applied in different cities. Following German, Czech and Polish precedents, the need for a unified code of laws became apparent in Hungary as well.  Lord Chief Justice István Werbőczy was appointed to complete this task by Vladislaus II of Hungary. The diet of 1514 approved the Tripartitum, which also received the king’s assent, but the magnates on the royal council did not want the lesser nobility to be involved in government and for this reason obstructed its promulgation and introduction. A few years later, Werbőczy printed his opus at his own expense in Vienna and had copies sent to the counties, where the courts began to use it. The Tripartitum was the definitive collection of the customary law of Hungary and remained in use until as late as 1848. Certain sections were still in effect until the end of World War II. The work is divided into a prologue (Prologus) and three parts (Partes). Each part is subdivided into chapters (tituli). The four cardinal liberties of the nobles, which constitute the fundamental law of the basic rights of the nobility, the renowned “Partis primae titulus nonus”, are in the first part. The Tripartitum was first translated from Latin to Hungarian by Balázs Weres in 1566. (Source: hu.wikipedia.org) 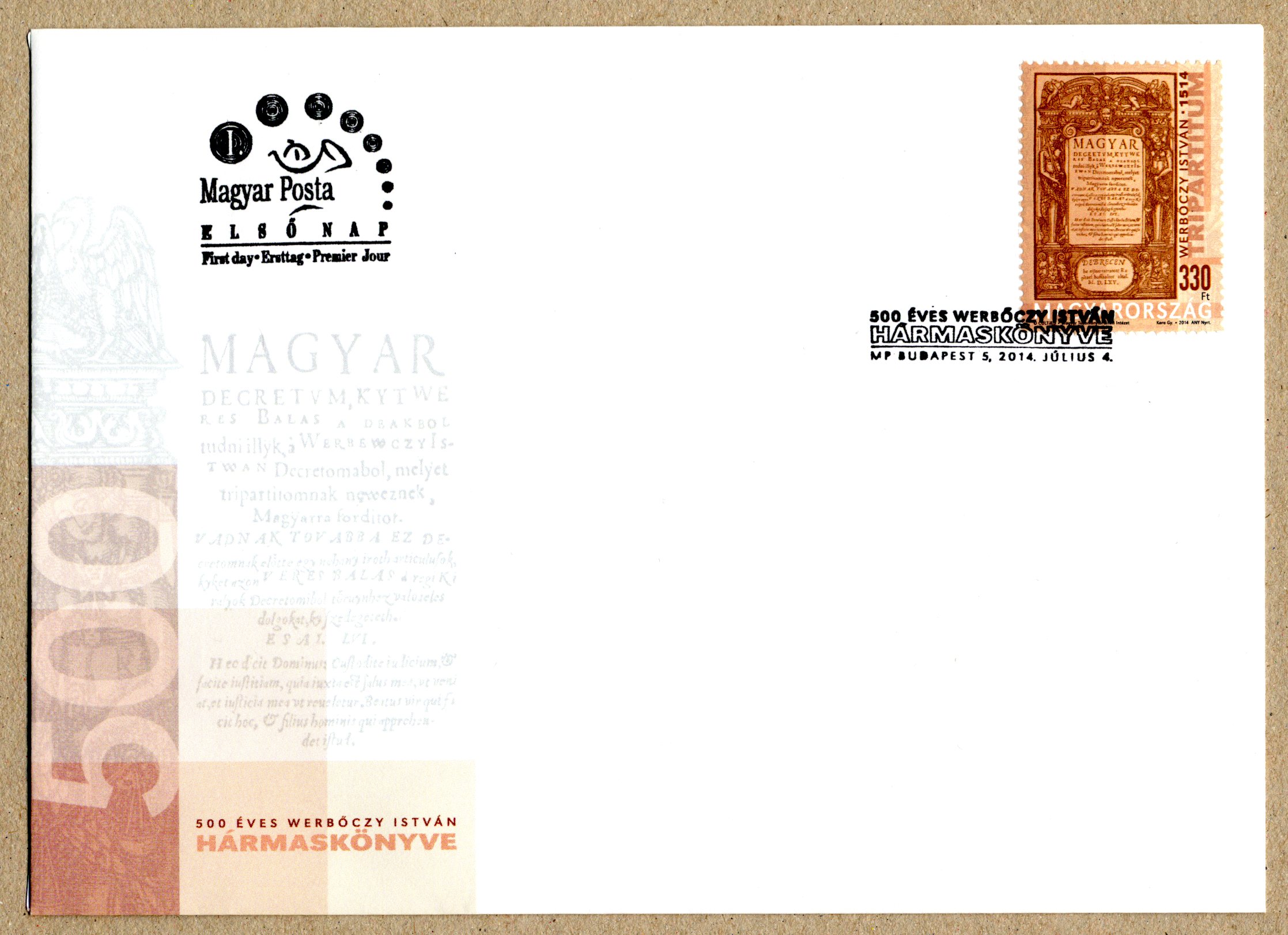