Magyar Posta is celebrating Christmas with a regular stamp issue. Part of a decorated Christmas tree is shown on the stamp with a face value of HUF 145, and other motifs associated with the festive season appear on the first day cover and postmark. The new issue was designed by the graphic artist Barnabás Baticz based on the work of the decorator Tekla Dubéczi and the photographerJózsef Hajdú and was printed by ANY SecurityPrinting Company. It will be available at large post offices and Filaposta in Hungary from 18 November, but may also be purchased from Magyar Posta’s online store. 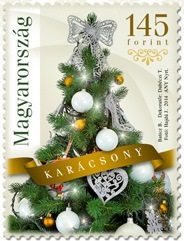 In pre-Christian times evergreen plants and trees held special significance for ancient peoples in winter, and they were revered in the traditions of Germanic, Roman, Egyptian and Celtic culture. Just as people set up Christmas trees today, these peoples adorned the doors and windows of their homes with evergreen branches because they believed that this warded off witches, ghosts and evil spirits, and protected the household from illness. The tradition of putting up a tree at Christmas spread in Germany in the 16th century. The first Christmas tree in Budapest was probably erected by Therese Countess von Brunsvik in 1824 but the Podmaniczky and Bezerédy families played a major role in the custom becoming widespread. The new fashion was quickly adopted in the cities. During Advent in the 1860s fir tree sales were held in Budapest. In 1862 the newspaper based in Arad, then part of Hungary, entitled Alföld, reported that the pupils at a girls’ school had set up a Christmas tree in honour of the statesman Ferenc Deák with an ornament which was their own handiwork hung on every branch. The Christmas tree first appeared as a subject in Hungarian literature in Mór Jókai’s short story set at Christmas The Beggar Child in 1866. Source: mult-kor.hu

Adapting to current postal tariffs, the regular stamps of the series Christmas 2011 have been reprinted in 2014. It is important for stamp collectors to note that the Hungarian inscription which appeared on the selvedge of the previous issue and read “The Nagykarácsony church is 75 years old” is not on the reprint. 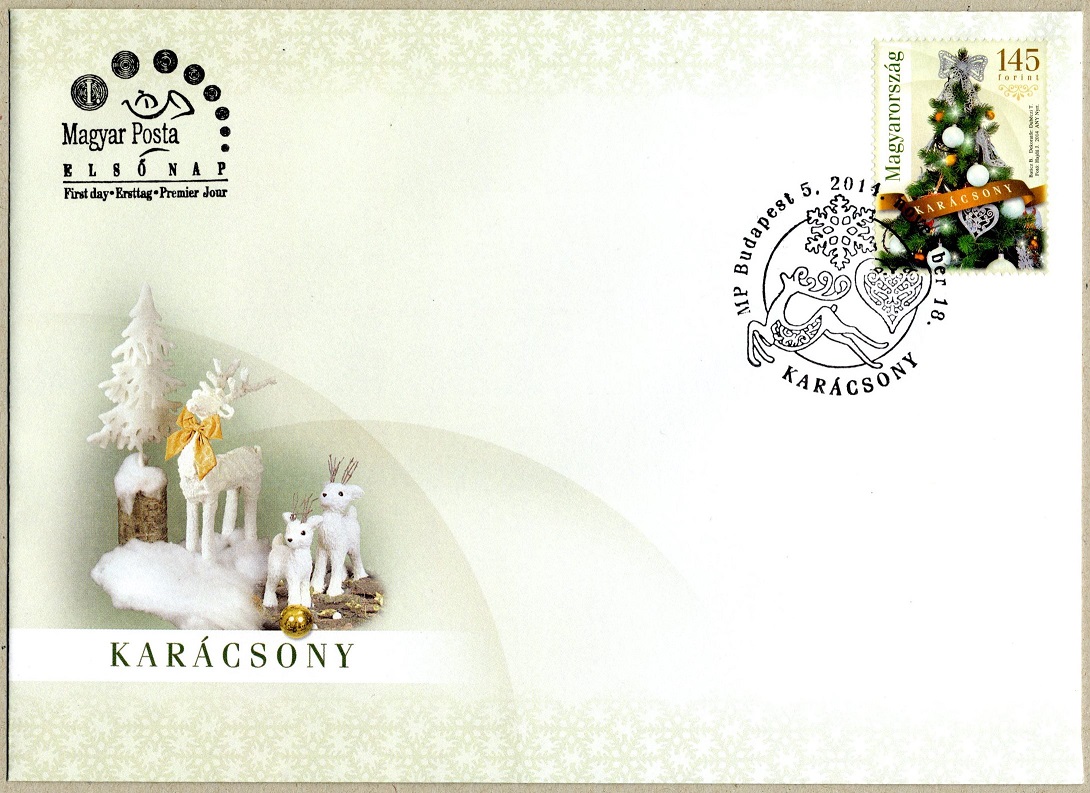