Magyar Posta is issuing a commemorative miniature sheet entitled Animal Cubs featuring twelve young residents of the Budapest Zoo and Botanical Garden. Sempala the giraffe, Sid the two-toed sloth, Jakab the Barbary sheep, Moira the orang-utan, Bangita the blackbuck, Maszat the prairie dog, Mazsola the ground cuscus, Rozi the meerkat, Gizmó the ring-tailed lemur, Skipper the African penguin, Kiran the Asiatic lion and Willo the common wombat are depicted on the stamps. In the upper and lower margin of the stamps the gender, name, species name and date of birth of each of the cubs are indicated, and their original habitat is written and shown in the map in the background printing. The youthful miniature sheet was designed by Tibor ZoltánPetényi and produced by the printing company Pénzjegynyomda. The new miniature sheet will be available at large post offices and Filaposta in Hungary from 4 March, but may also be purchased from Magyar Posta’s online store.

The Budapest Zoo and Botanical Garden covers 11 hectares in the heart of Budapest. It houses over a thousand fascinating species from seven continents and has unrivalled impressive historic buildings. Opened on 9 August 1866, it is among the world’s oldest zoos. At that time its collection of animals included rare monkeys and lemurs, many parrots, camels, kangaroos and other unusual creatures in addition to Hungarian species. The first giraffe arrived two years after the zoo opened. It then acquired lions as well as tigers, which were soon joined by an elephant, a hippo and a rhino. The variety of animals continued to expand steadily. 2013 was a good year for the birth of animals. During the year fifty different species reproduced, bringing a total of two hundred and forty-eight young creatures into the world. Naturally, this number only includes the more significant mammals, birds and reptiles and excludes the offspring of fish and invertebrates. (Source: zoobudapest.com) 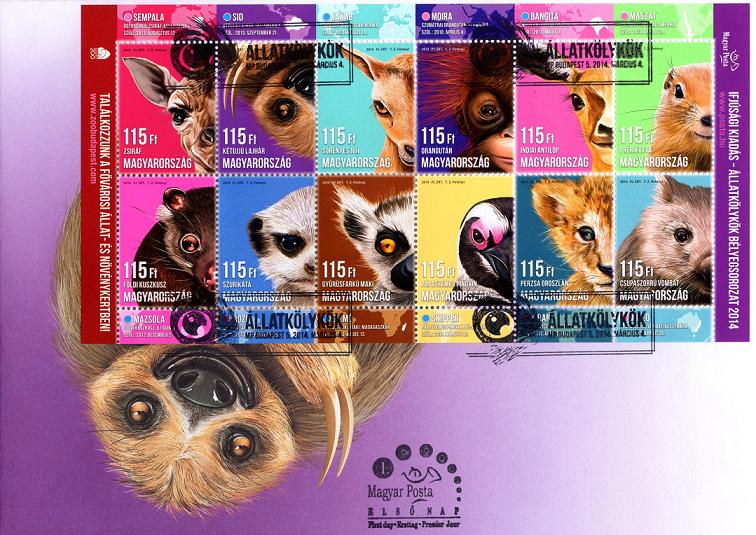