Arts 2013: The House of Parliament II

The House of Parliament in Budapest is one of the most beautiful public buildings in the world. Its special architectural solutions are being processed and presented by a new philatelic series since 2012. The commemorative miniature sheet issued in 2013 as part of the series contains eight stamps capturing some distinctive features of the dome hall and the hall of the main staircase, with a section adorned by the silhouette of the Parliament in the middle. The sheet was produced by ANY Security Printing Company based on the artistic phortographs of József Hajdú and according to the design of graphic artist Eszter Domé.The novelty will be available at large post offices and Filaposta in Hungary from 3 September, but may also be purchased from Magyar Posta’s online store. 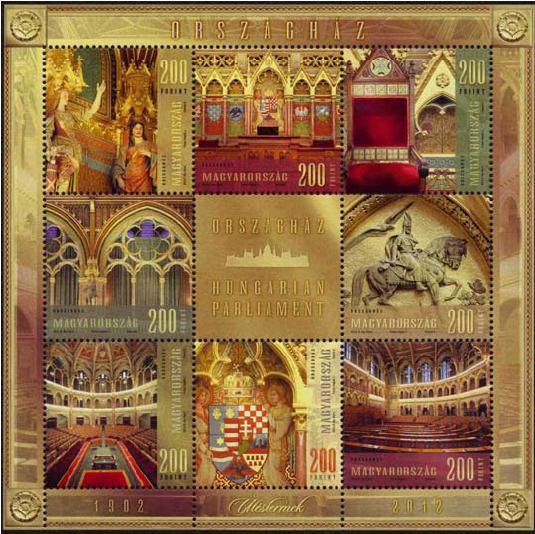 The main staircase leads from the main entrance of the House of Parliament to the dome hall, where there is a bronze bust of the designer of the building, Imre Steindl, made by Alajos Stróbl in 1904. Eight deep red, six-metre-high, four-tonne granite blocks between the columns supporting the ceiling attract the eye. The ceiling is decorated by allegorical frescoes by Károly Lotz.The hexadecagonal, 20-metre diameter dome hall houses the Holy Crown, the sceptre, orb and sword of Hungary.The star vault is 27 metres high.The impressive hall is the structural and conceptual centre of the building.This and the wing of the main entrance were the first sections of the House of Parliament to be completed and the session celebrating the Millennium of the Hungarian Conquest was held there in 1896.The Holy Crown of Hungary was first brought into the building for this occasion, which is commemorated by the statues of pages in the main staircase bearing the crown jewels in their hands.The statues of the sixteen monarchs and their armorial bearings in the dome hall give a short overview of the one thousand years of Hungarian history.(Source:orszaghaz.hu hu.wikipedia.org) 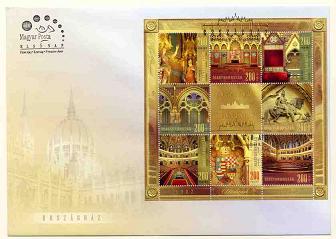 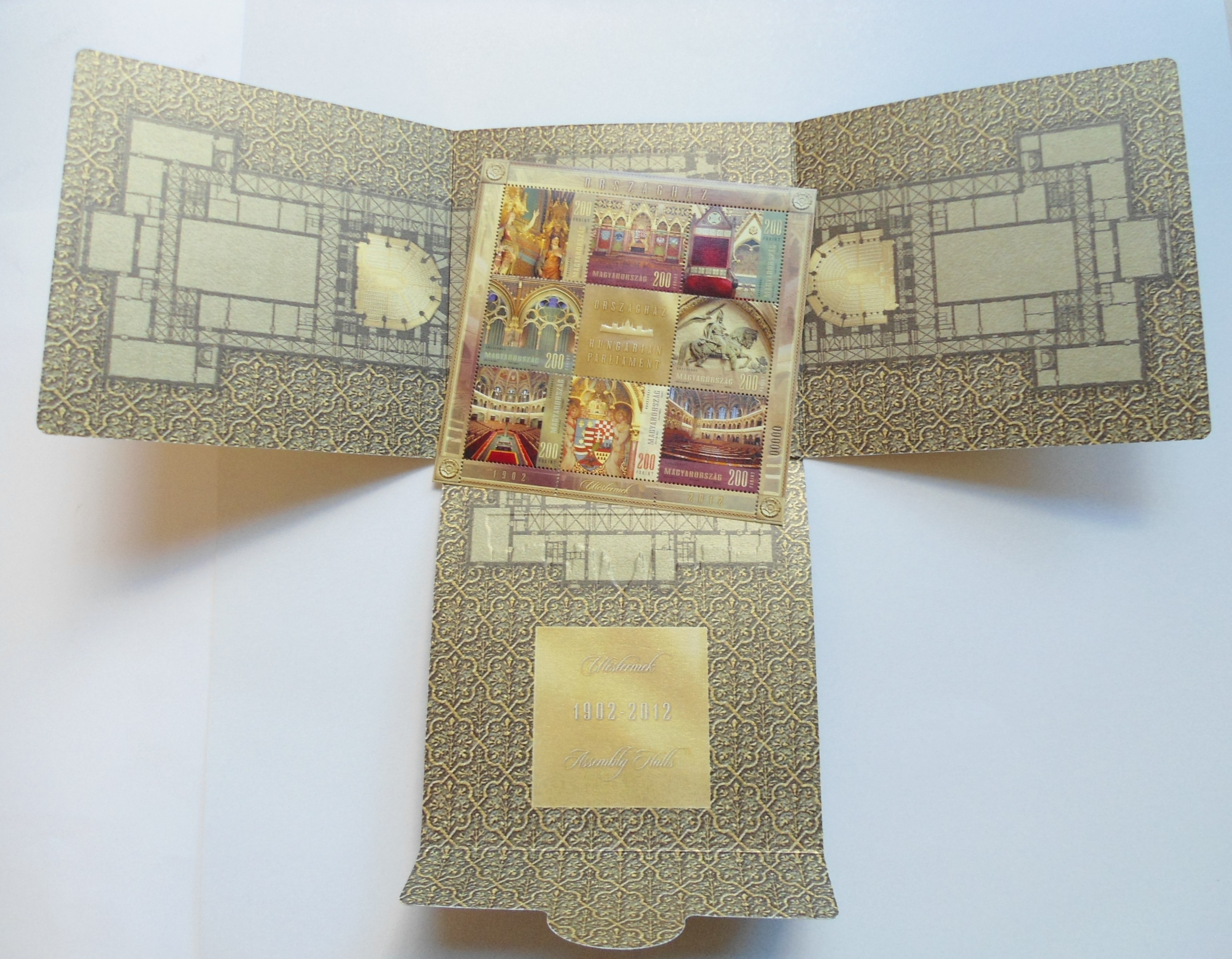