Magyar Posta is issuing a miniature sheet with a surcharge to commemorate the centenary of the birth of the celebrated poet, writer and literary translator. Graphic compositions of quotations from his works and drawings illustrating them appear on the miniature sheet. The sheet was designed by the graphic artist BoglárkaNádi and thirty thousand copies were made by the printing company Pénzjegynyomda. Magyar Posta devotes the proceeds from the surcharge to supporting youth stamp collecting. The new stamps will be available at large post offices and Filaposta in Hungary from 20 June, but may also be purchased from Magyar Posta’s online store.

Boglárka Nádi, the first-time stamp designer, said in connection with the centenary stamps: “When I was given the assignment, I thought a great deal about how I could do justice to Sándor Weöres. I wanted to design a stamp that he would like if he were still alive. Or rather I’d like to think that he would. I was inspired by the introduction to his book Hungarian Etudes written by his wife, ‘This book is a gift. I, too, was given it as a gift.  S.W. drew and wrote it for me in the early years of our marriage in as many different coloured inks as he could find. That’s why it became as colourful as an Easter egg. It has always been my favourite present. It is said that love grows the more we share it. It is with this love that I place this book as a gift into the hands of the reader.’ After I read this, I perused the volume thoroughly and became convinced that I should choose the calligraphy and paint the stamps in the same spirit as shown by the love with which he illustrated and calligraphed the book for Amy Károlyi. I hope I managed to do so.” Sándor Weöres (1913–1989) Kossuth Prize-winning poet, writer and literary translator, founder of the Béla Pásztor Award for young poets. His wife, Amy Károlyi, was also a poet and literary translator. His first volume (It Is Cold) was published in Pécs in 1934. Generations grew up on his colourful, tuneful verses. The best known are Bobita (1955) and If the World Were a Thrush (1974). As a translator his achievement is also astounding. His interpretation of works mainly directly from the original of authors in English, German, French, Russian, Ukrainian, Italian and Latin raised him to the pinnacle of literature translated into Hungarian.
Source: enciklopedia.fazekas.hu 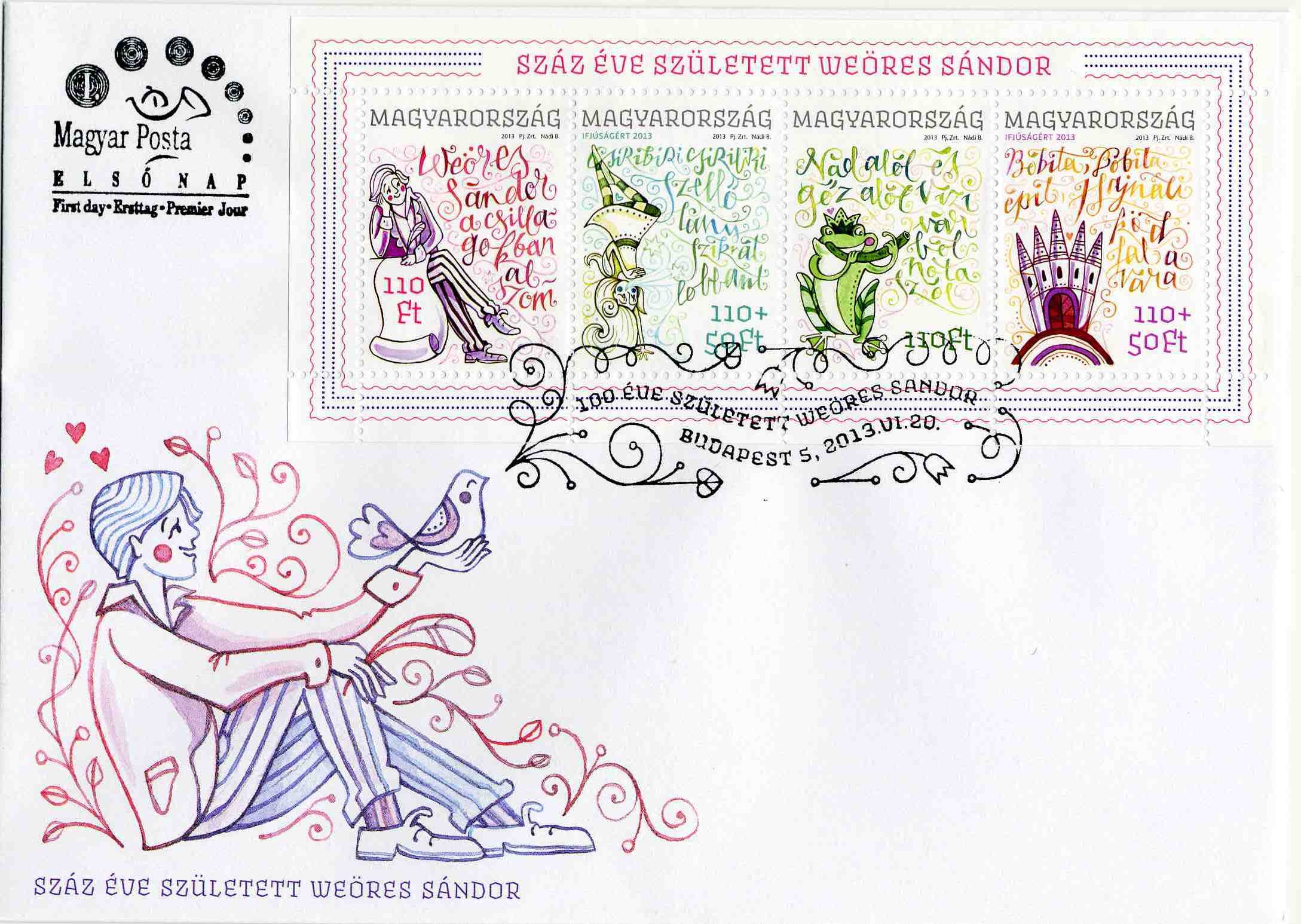