Magyar Posta is marking the centenary of the foundation of the Hungarian Ski Association by issuing a self-adhesive commemorative stamp. This is the first self-adhesive commemorative stamp to be issued in the history of Hungarian stamp issuance. The design shows the different skiing disciplines and the logo of the Hungarian Ski Association. 200,000 copies have been printed by the printing company Codex Értékpapírnyomda based on designs by Imre Benedek. The new stamp will be available at large post offices and Filaposta in Hungary from 15 July, but may also be purchased from Magyar Posta’s online store. 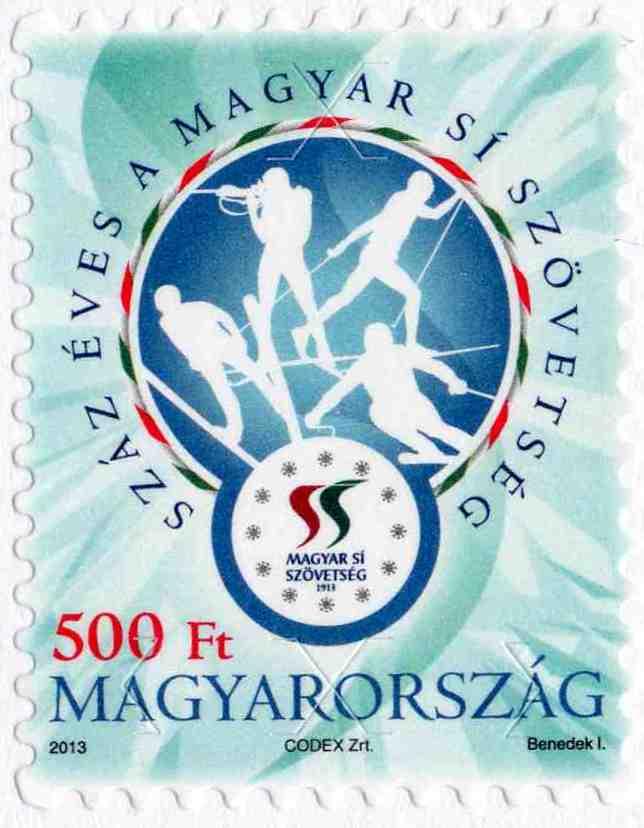 The first Hungarian skier seems to have been the well-known ornithologist István Chernel, who came across skiing in Norway in 1891 and learnt how to ski on his trip to Lapland. On his return to Hungary he demonstrated the basics. The first organised course was held in 1907. The first Hungarian championship was held in Tátraszéplak (today Tatranka Polianska, Slovakia) in 1911. A year later the Hungarian Ski Club was founded to coordinate competitions and skiing life in Hungary. On 15 July 1913 fourteen ski clubs formed the Hungarian Ski Association, which became a member of the International Ski Commission in 1914. Competitions were suspended during the years of the First World War. The turbulent times and the post-war loss of territory were severe setbacks for the sport in Hungary. However, reorganisation began shortly, and pistes and ski-jumping facilities were developed. Hungarian competitive skiers gradually returned to international sporting life. At the 1924 Congress in Chamonix 14 countries including Hungary established the International Ski Federation.After the 1936 Winter Olympics, Hungarian skiing developed greatly. The territories with many new competitors that Hungary regained in the run up to and early years of the Second World War benefited the sport. The post-war redrawing of the country’s borders was an impediment to the spectacular improvement of Hungarian skiing as the loss of mountains with guaranteed snow on the ski slopes was a new blow to the sport. During the war the Association’s library and archives were destroyed, and countless skiers and organisers lost their lives. Thanks to enthusiastic work and marvellous personalities, the Association recovered. The revitalised Ski Association soon became involved in international sporting life and achieved good results in various international competitions. After 1948, all Hungarian sport came under state control. The country’s political isolation meant that foreign relations were almost entirely severed, and Hungary’s top sportsmen and women at best could compete with the other socialist countries. At the time of the 1956 Revolution almost 50 high-class skiers left the country. The sport in Hungary was unable to keep pace with international improvements and technical developments. The number of clubs, competitors and coaches diminished. The leaders of the sport first decided to compete with smaller teams and then not to take part in world competitions at all. In the early 1970s efforts focused on strengthening the biathlon. After 1989, the path to neighbouring countries opened for skiing as both a mass and competitive sport. (Source: Artúr Bánás: For the Centenary of the Hungarian Skiing Association, published in Bélyegvilág, issues 6, 7 and 8, 2013) 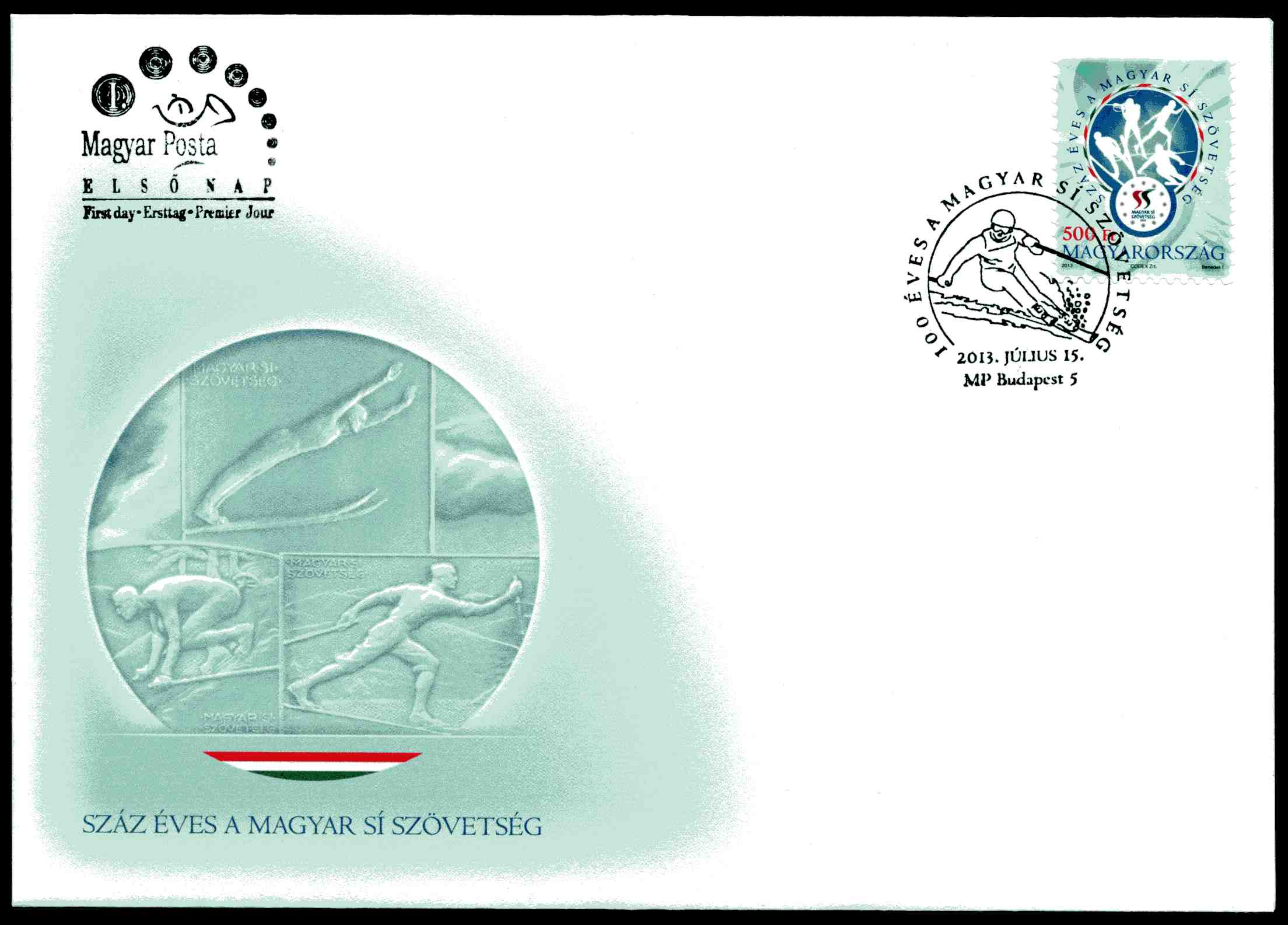 Order code: 2013160010011 (stamp),
2013160060012 (FDC)
Date of issue: 15 July 2013
Face value: HUF 500
Number of copies: 200,000 (50 stamps/sheet)
Perforated size of the stamp: 36 x 25.2 mm.
(The stamps in the fields are made with scored undulating lines of faux perforation broken at the corners. Below and above the stamp design security scoring is placed. Horizontal and vertical line perforation separates the stamps within the sheets.)
Printed by Codex Értékpapírnyomda Zrt.
Designed by Imre Benedek