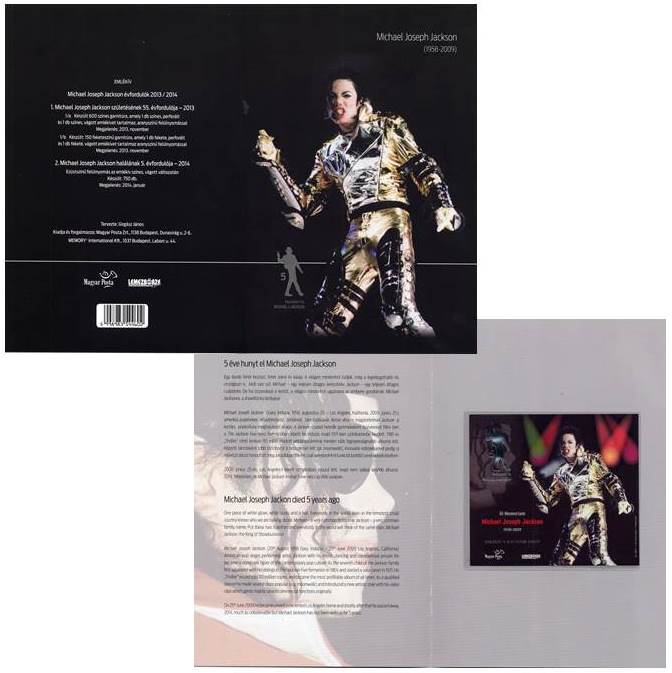 To mark the 5th anniversary of the death of Michael Jackson, Magyar Posta and Lemezbörze,…plusz magazine have issued a limited number of the souvenir sheet “In Memoriam Michael Joseph Jackson” jointly issued in 2009 with a silver-coloured overprint on the front. The exclusive souvenir card which includes the souvenir sheet was designed by János Girgász and has accompanying text in Hungarian and English. The souvenir sheet is available at selected post offices and Filaposta in Hungary from 6 January, but may also be purchased from Magyar Posta’s online store.