Magyar Posta is issuing a special stamp to mark the 20th Football World Cup. In the centre of the graphic composition of the stamp, there is a football referring to the sport and Brazil, the nation hosting the World Cup. The stamp was designed by the graphic artist Attila Elekes and produced by the ANY Security Printing Company. The new issue will be available at large post offices and Filaposta in Hungary from 4 June, but may also be purchased from Magyar Posta’s online store 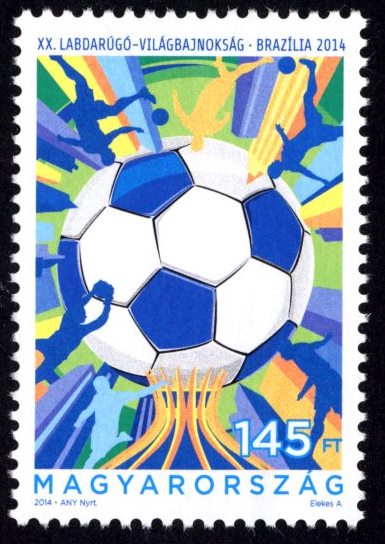 The 2014 Football World Cup will be held in Brazil between 12 June and 13 July 2014. Brazil, as the host nation, automatically qualifies for the World Cup but since 2002 the defending champions have not enjoyed automatic qualification. The thirty-two teams taking part in the tournament after the qualifying rounds are Algeria, Argentina, Australia, Belgium, Bosnia and Herzegovina, Brazil, Cameroon, Chile, Colombia, Costa Rica, Côte d’Ivoire, Croatia, Ecuador, England, France, Germany, Ghana, Greece, Honduras, Iran, Italy, Japan, Mexico, the Netherlands, Nigeria, Portugal, Russia, South Korea, Spain, Switzerland, the United States of America and Uruguay. On 31 May 2009 the Fédération Internationale de Football Association (FIFA) chose the 12 cities in Brazil where the matches of the World Cup will be held. These are Rio de Janeiro, São Paulo, Brasília, Belo Horizonte, Porto Alegre, Salvador da Bahia, Cuiabá, Curitiba, Fortaleza, Manaus, Natal and Recife. The opening match will be played in São Paulo and the final in the Maracanã Stadium in Rio de Janeiro. The latter is also the motif of the special postmark. The official emblem of the World Cup shows hands in the national colours of Brazil forming the trophy that will be lifted by the winners. The year 2014 is incorporated into the design in red letters. The mascot of the tournament is a three-banded armadillo, which is indigenous to central Brazil. The colours of the mascot (blue, green and yellow) refer to the Brazilian national colours and its name “Fuleco” was chosen in an online vote. The World Cup’s official musical instrument is the caxirola. (Source: hu.wikipedia.org) 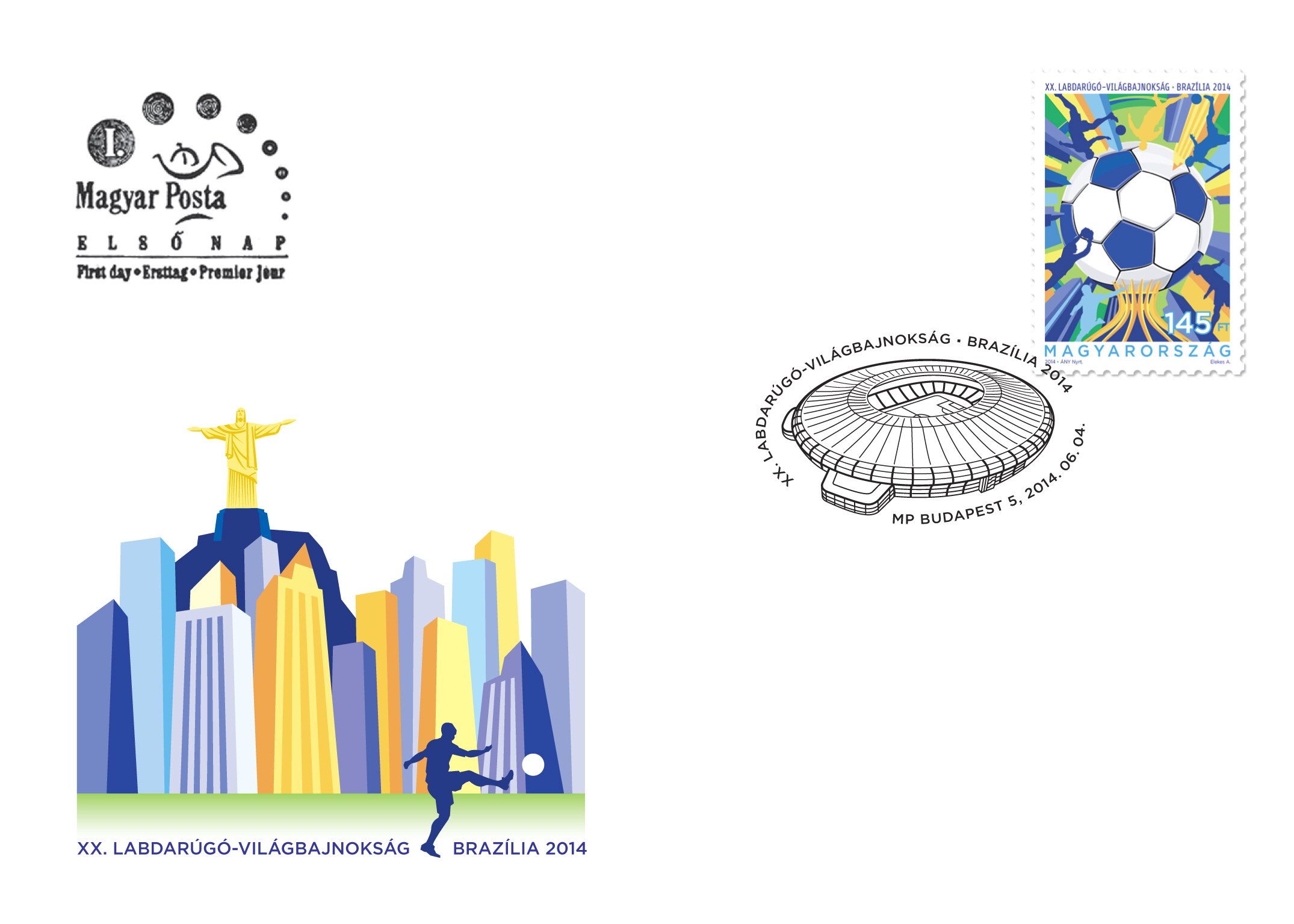