Magyar Posta is issuing a special stamp to commemorate the 150th anniversary of the birth of the celebrated Hungarian painter, sculptor, designer and outstanding exponent of Art Nouveau Aladár Körösfői-Kriesch. His fresco The Source of Art from the Academy of Music in Budapest is at the centre of the stamp design. The stamp was produced by ANY Security Printing Company based on a design by the graphic artist György Kara, using a photograph by József Hajdú. The new stamp will be available at large post offices and Filaposta in Hungary from 2 October, but may also be purchased from Magyar Posta’s online store. 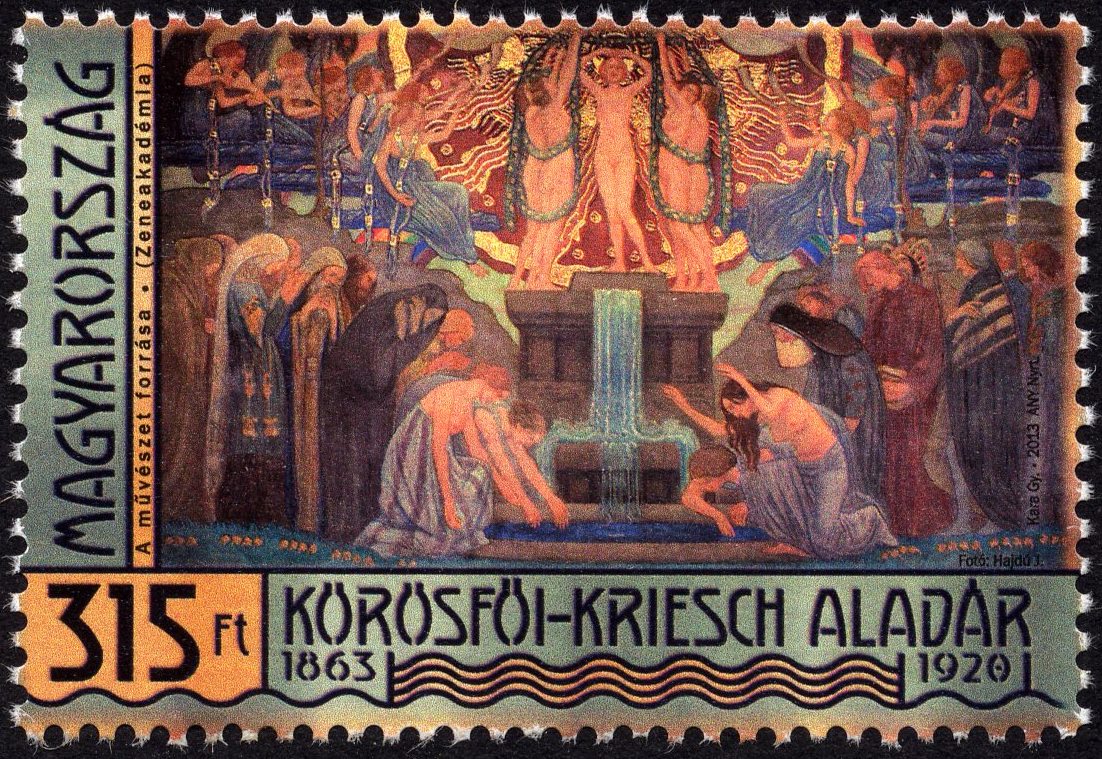 Aladár Körösfői-Kriesch (Buda, 29 October 1863 - Budapest, 16 June 1920) was a Hungarian painter, sculptor, designer and outstanding exponent of Art Nouveau. He studied under the tutelage of Bertalan Székely and Károly Lotz. From 1887 he went on study tours to Italy, returning home to large-scale commissions. His early works bore the signs of eclecticism. The Italian Primitives had the greatest influence on him, mainly 12th- to 14th-century frescoes, but he also learnt a lot from the Pre-Raphaelites. In 1902 he established the Gödöllő artists’ colony together with Sándor Nagy. At this time he created major works such as Buda Hunting Bison, Balaton Fishing and The Good Steersman.The artist took part in the preparatory collecting work for Dezső Malonyay’s book Hungarian Folk Art.He not only collected but also incorporated the folk motifs of Transylvania, Kalotaszeg and Mezőkövesd into his art. He painted and worked in the graphic arts but also made sculptures, designed buildings and interiors, and Miksa Róth executed his designs for mosaics and stained glass windows. His frescoes adorn the Academy of Dramatic Arts, the Seminary in Timişoara (Romania), the Mexican Opera House and the Academy of Music in Budapest. The subjects of his oil paintings embrace everything from rural life to mythology and allegorical parables (Cassandra, Ego sum via, veritas et vita, and Life and Death).He designed book covers and illustrations, and painted many watercolours. He was a member of the KÉVE art group and was president of the Society of Hungarian Fine Arts. (Source: bibl.u-szeged.hu hu.wikipedia.org) 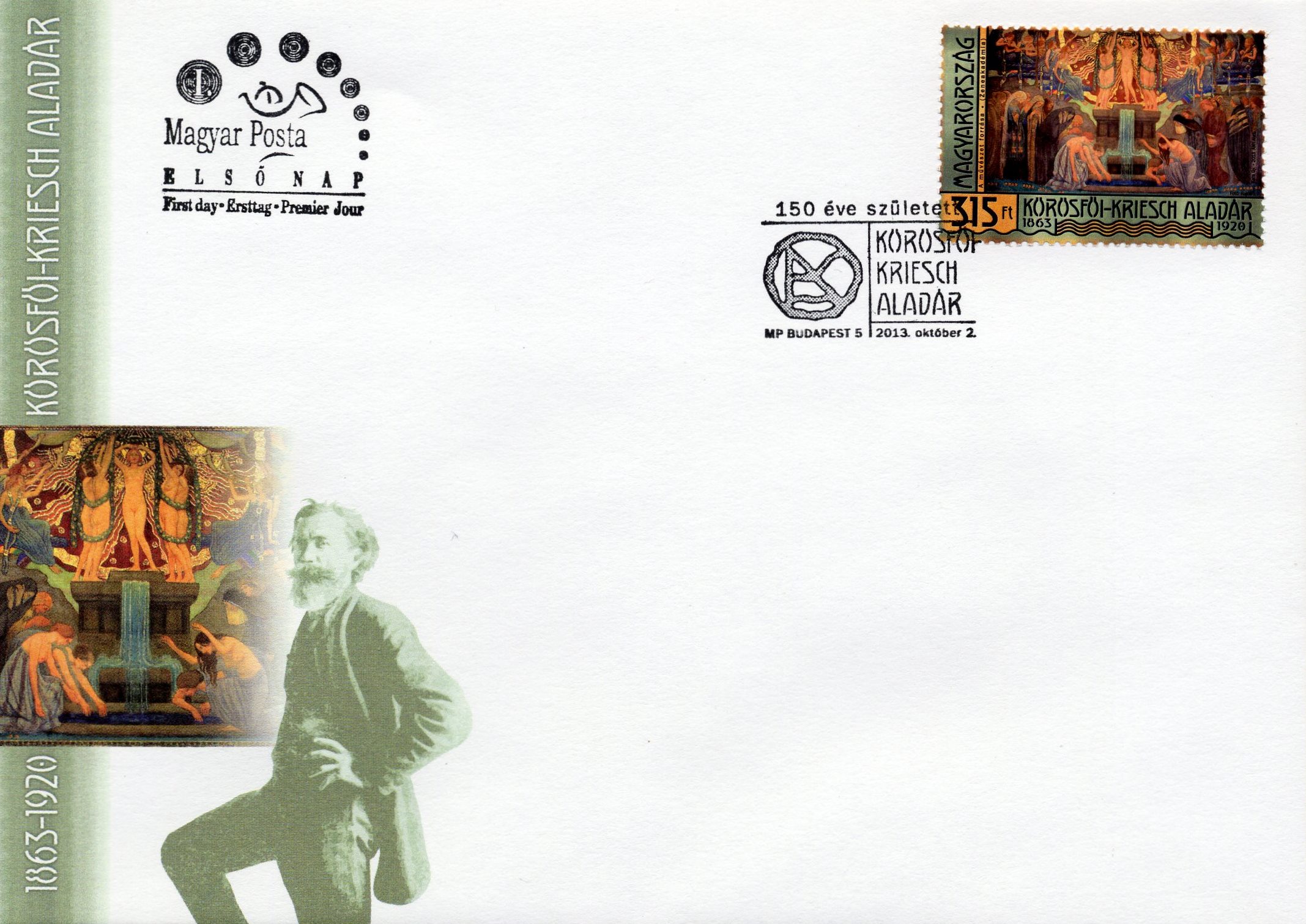