Each year PostEurop, the Association of European Postal Operators, offers its members the opportunity of issuing EUROPA stamps on a common topic. The subject for this year’s stamps is ‘The Postman Van’. The prizes for the best EUROPA stamp are awarded based on the decision of the professional jury and the online vote. Magyar Posta’s entry for 2013 shows a 1914 Csonka parcel delivery van on one stamp and a Ford postman’s van on the other. Details of other postal vehicles appear in the border design. Eighty thousand copies of the miniature sheet designed by the graphic designer ZsoltVidák were printed by the ANY Security Printing Company. 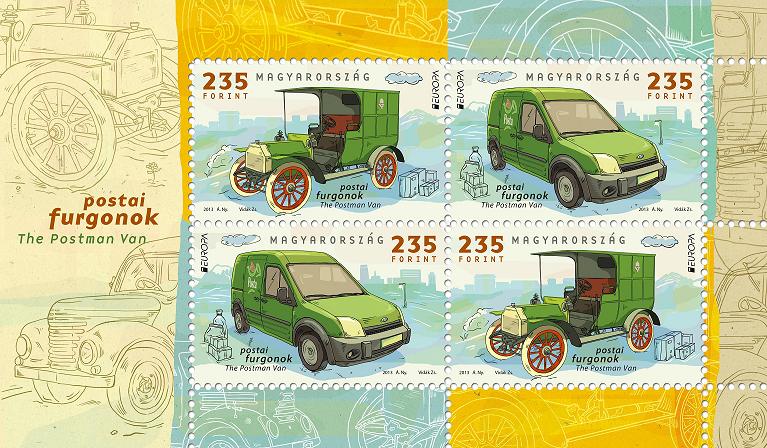 Since 2003 the most beautiful EUROPA stamps have been chosen by the public. After Monaco, Greece, Iceland, Ukraine and Armenia, Magyar Posta’s new stamps won the coveted title three times in a row, in 2008, 2009 and 2010. In 2011 the organisers altered the rules of the competition and, in addition to the online vote of previous years, a seven-member expert jury also chose the most beautiful stamp. This first professional award was won by Cyprus Postal Services. On that occasion Magyar Posta’s EUROPA stamp came second in the votes cast by the public, and last year the Hungarian stamp became Europe’s best once more. 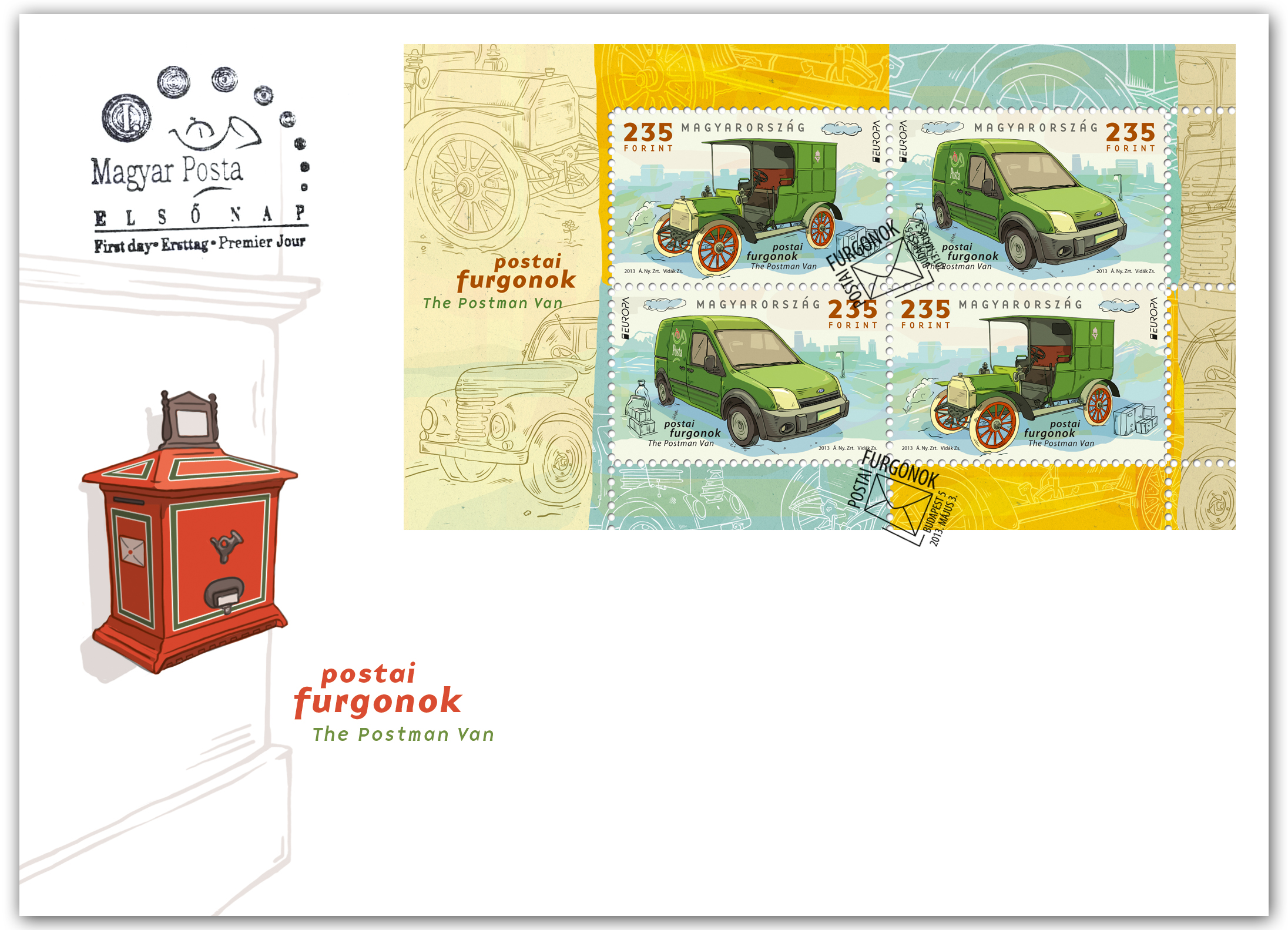