Zita Szeleczky was born 100 years ago

Zita Szeleczky was born 100 years ago

Magyar Posta is issuing a special stamp to commemorate the 100th anniversary of the birth of actress Zita Szeleczky (1915–1999), Commander of the Order of Merit of the Republic of Hungary and posthumous holder of the Hungarian Heritage Award. The stamp and the accompanying first day cover feature the portrait of the actress, while her signature has been used for the special postmark. Sixty thousand copies of the stamp designed by the graphic artist Orsolya Kara were produced by the Pénzjegynyomda printing company. The new stamp will be available at large post offices and Filaposta in Hungary from 10 April, but may also be purchased from Magyar Posta’s webshop. 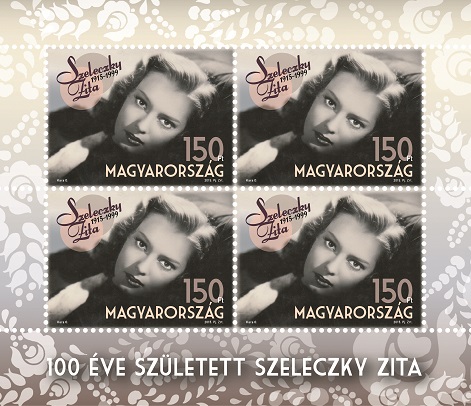 Zita Szeleczky appeared in sixty plays during her career in Hungary up to 1944 and fifteen productions after she emigrated. She also played the leading lady in twenty-six Hungarian films and in one Italian-Hungarian co-production. In 1937 she graduated from the Academy of Dramatic Arts. She obtained a scholarship at the National Theatre and then became a member of the company from 1936 to 1941. In 1939 Szeleczky was awarded the Farkas–Ratkó Prize. In 1942-43 she contracted with Budapest’s Metropolitan Operetta Theatre, where she premièred in Jenő Huszka’s Lieutenant Mary with János Sárdy as her partner. In early 1944 she performed as a guest actress in the Madách Theatre before rejoining the National Theatre in the autumn of the same year. In 1945 she left Hungary. Szeleczky was tried in absentia by the People’s Court for her activities during the War, which included giving a recital of a Petőfi poem Föl a szent háborúra! (Rise to the Holy War!) in November 1944 at a “Hungarist” evening, a call to arms encouraging resistance to the Russian attack, that was broadcast on the radio. She lived in Austria and Italy before moving to Argentina in 1948, where initially she performed in the productions of the Hungarian Drama Society. In 1951 she founded the Argentinian Hungarian National Theatre, which focused on lighter plays but also performed serious Hungarian dramas such as Bánk bán and The Tragedy of Man. The famous actress also appeared in performances by emigrant German theatres. Between 1949 and 1974 she visited South America, the United States of America, Canada and Australia on numerous occasions, telling her audience of the beautiful landscapes and her precious memories of her marvellous homeland. Her heartfelt and emotional accounts were enchanting yet at the same time were filled with deep sorrow, never dying hope and enormous strength, charm and beauty. During her onewoman shows she recited poetry and prose, sang folk songs and Hungarian melodies, and told jokes. In 1962 she moved to the United States of America, where she very soon came into contact with the Transylvanian writer Albert Wass. Their correspondence reveals the close cooperation that developed between them in promoting the universal Hungarian cause thereafter. She also released a number of records, and her activities as a performing artist in emigration broadened into a cultural mission. In 1993 the Hungarian Supreme Court cleared her of the trumped-up charges levelled at her in 1947 and fully exonerated her. She moved back to Hungary in the autumn of 1998. Her tremendous career made her one of the greatest Hungarian actresses but, as most of her work was done to protect Hungarians abroad, in Hungary she did not win the wide recognition she deserved. (Source: szineszkonyvtar.hu, manuscript of Zoltán Jávor) 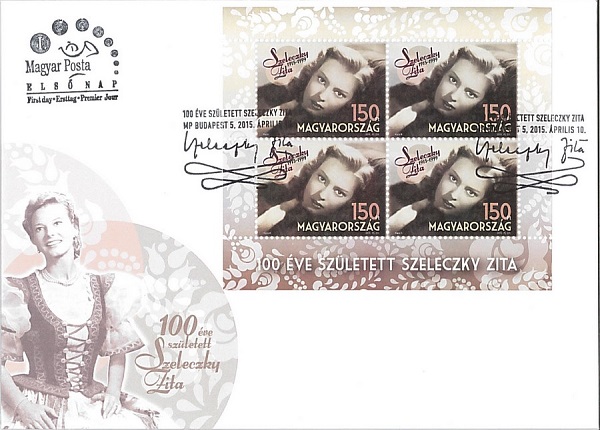