Magyar Posta is commemorating the centenary of the start of the first scheduled bus service in Budapest by issuing a special stamp. The stamp design features the first two Budapest buses. One is a battery-powered, double-decker Austro-Daimler, whose registration number was one, and the other a single-decker with a petrol engine made in the Engineering and Rail Rolling Stock Works in Kistarcsa in Hungary. Other bus motifs appear on the accompanying first day cover and postmark. Source material for the issue was provided by the Hungarian Museum of Science, Technology and Transport. Two hundred thousand copies of the stamp designed by the graphic artist András Andor were produced by the ANY Security Printing Company. The new stamp will be available at large post offices and Filaposta in Hungary from 16 April, but may also be purchased from Magyar Posta’s webshop. 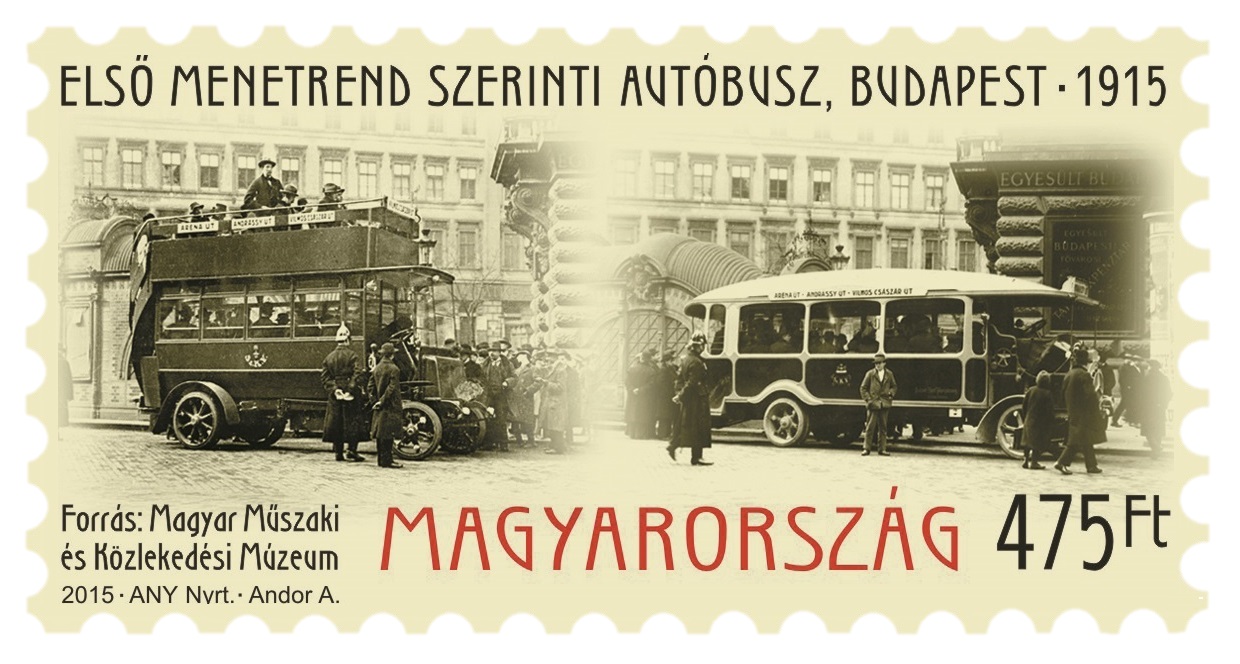 At 7 am on 1 March 1915, a double-decker, battery-powered Austro-Daimler bus and a single-decker, petrolpowered vehicle made in the Kistarcsa Works entered service, thus launching the first scheduled bus service in Budapest. The first passengers boarded the bus behind the Kunsthalle on Heroes Square and were taken along Andrássy Avenue to today’s Bajcsy-Zsilinszky Street (then named after Emperor Wilhelm). Of the two vehicles, the double-decker received the registration number XX-1 and the single-decker the registration number XX-2. The buses departed every quarter of an hour and, as there were no bus stops yet, anyone could wave to stop them anywhere. The next day’s newspaper reported: “The tasteful and comfortable vehicle had few passengers on the first trip, and the conductors had to invite the public with friendly encouragement. Only later, when it transpired that anyone could travel on the automobile for 14 fillers, did business become brisker and passengers crowded the vehicle’s velvet-covered seats just as they did its top-deck benches. They were gratified to discover that the new convenience moved smoothly and speedily on the road.” By the summer of 1915 another two vehicles had arrived in the capital city. The new buses, whose chassis was made by MARTA and body in the Weitzer factory, were manufactured in Arad. The new double-deckers entered service on 20 August (on 10 August according to some sources). The additions were sorely needed as a technical fault had forced the bus made in Kistarcsa to be withdrawn from operation in the meanwhile and from April only the battery-run bus ran until help arrived from Arad. The capital city ordered more new buses, opened new routes and traffic steadily increased. The World War, however, which had been waged since the summer of 1914, began to make greater and greater demands on those living far from the action. It became increasingly hard to purchase solid rubber tyres and to obtain fuel. Eventually, on 10 April 1917 the bus service had to be discontinued and was only relaunched on 24 September 1921. (Source: bkv.hu: Bus service in Budapest is 100 years old, special issue of “A MOZGÁSBAN” magazine) 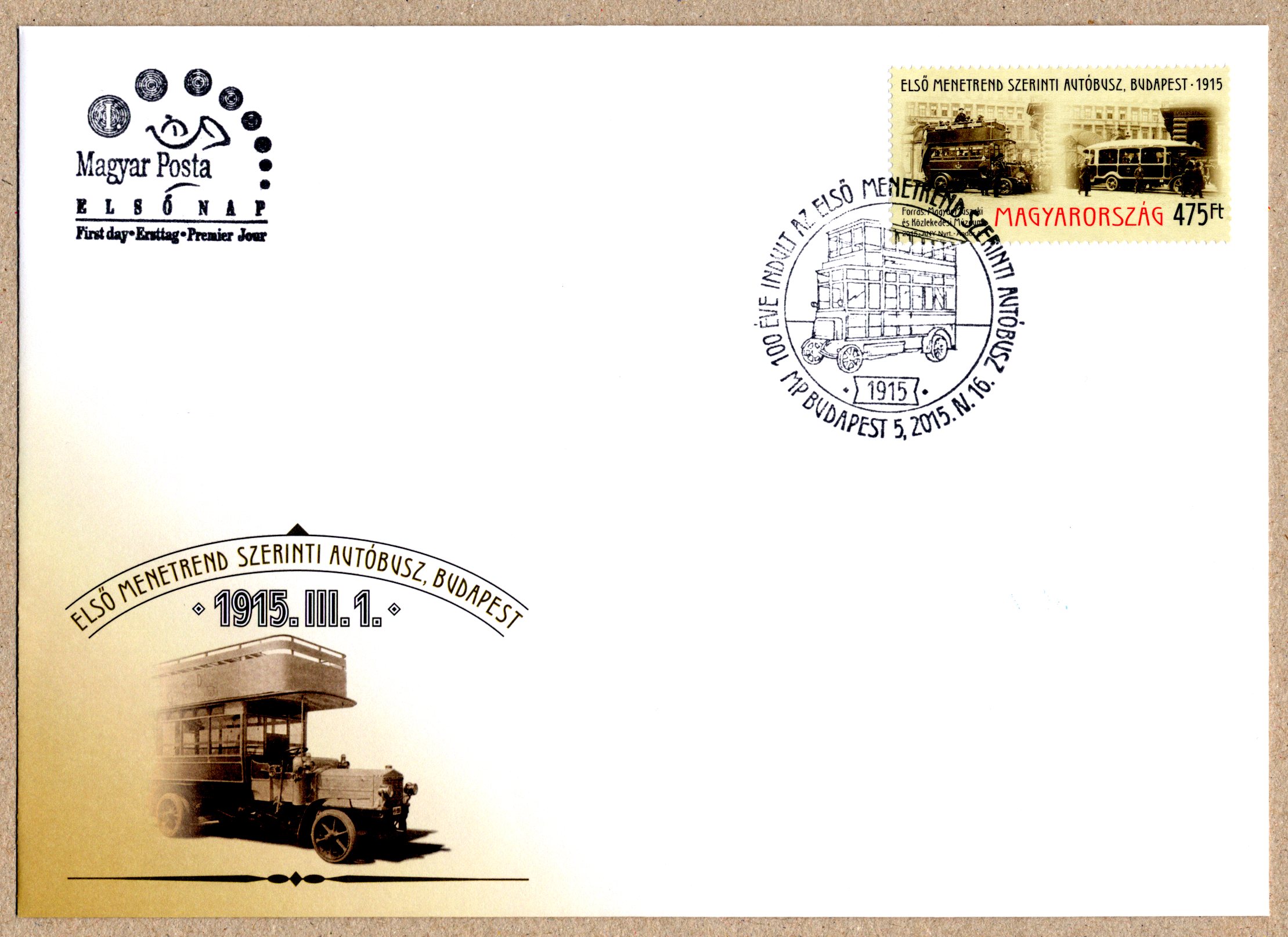 Photograph by the Hungarian Museum of Science, Technology and Transport
Designed by András Andor