The first M62 locomotive entered service in Hungary 50 years ago

The first M62 locomotive entered service in Hungary 50 years ago

Magyar Posta is commemorating the 50th anniversary of the entry into service in Hungary of the first locomotive in the M62 diesel-electric series by issuing a special stamp. The M62 locomotive depicted in the design of the stamp, on the first day cover and on the postmark, went by the nickname Sergei. Source material for the issue was provided by the Hungarian Museum of Science, Technology and Transport. Two hundred thousand copies of the stamp designed by the graphic artist Zsolt Vidák were produced by the ANY Security Printing Company. The new stamp will be available at large post offices and Filaposta in Hungary from 16 April, but may also be purchased from Magyar Posta’s webshop. 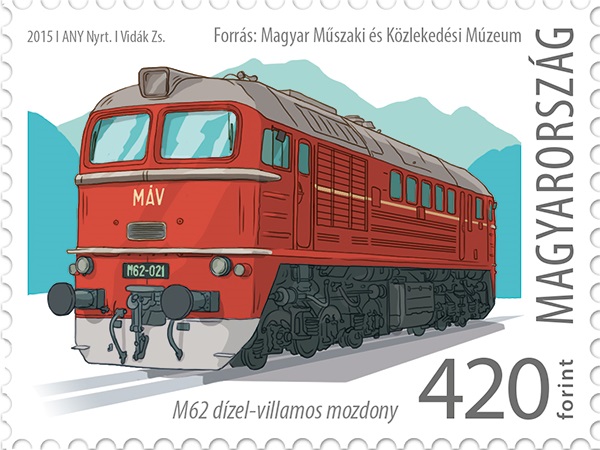 More locomotives in the MÁV M62 series were delivered to the Hungarian State Railways than any other type of main line, Co’Co’ wheel arrangement, diesel-electric locomotive. Locomotive number 628 was nicknamed “Sergei”. The M62 was ordered by the Hungarian State Railways from and developed by the Diesel Locomotive Factory in Voroshilovgrad (today Luhansk, Ukraine). This type later entered service in the Soviet Union and other former communist countries (Mongolia, Cuba and Poland). From 1965 to 1978, M62 numbers 001 to 270 of the standard gauge version, and numbers 501 to 518 of the broad gauge version were delivered to Hungary. At the end of the 1970s three of the broad gauge locomotives were converted to standard gauge, thus the traditional series numbered from 001 to 273. The standard gauge locomotives were distributed throughout the country, while the broad gauge locomotives have operated in the Záhony–Fényeslitke– Eperjeske transhipment zone on Hungary’s eastern border. Although the M62 was intended to haul freight trains, from the start it was also enlisted to pull heavy passenger trains. As the locomotive did not have its own heating generator, in the heating season it was coupled at first to a boiler carriage and later to a VFK electric heating carriage. The locomotives have played a major role in transporting tourists to the two shores of Lake Balaton at the height of the holiday season, at first on both the Kanizsa and the Tapolca lines and later on the line along the northern shore only. Significant scrapping began with a decline in demand in 1991 and this, combined with sales abroad, reduced their number to a quarter. (Source: hu.wikipedia.org) 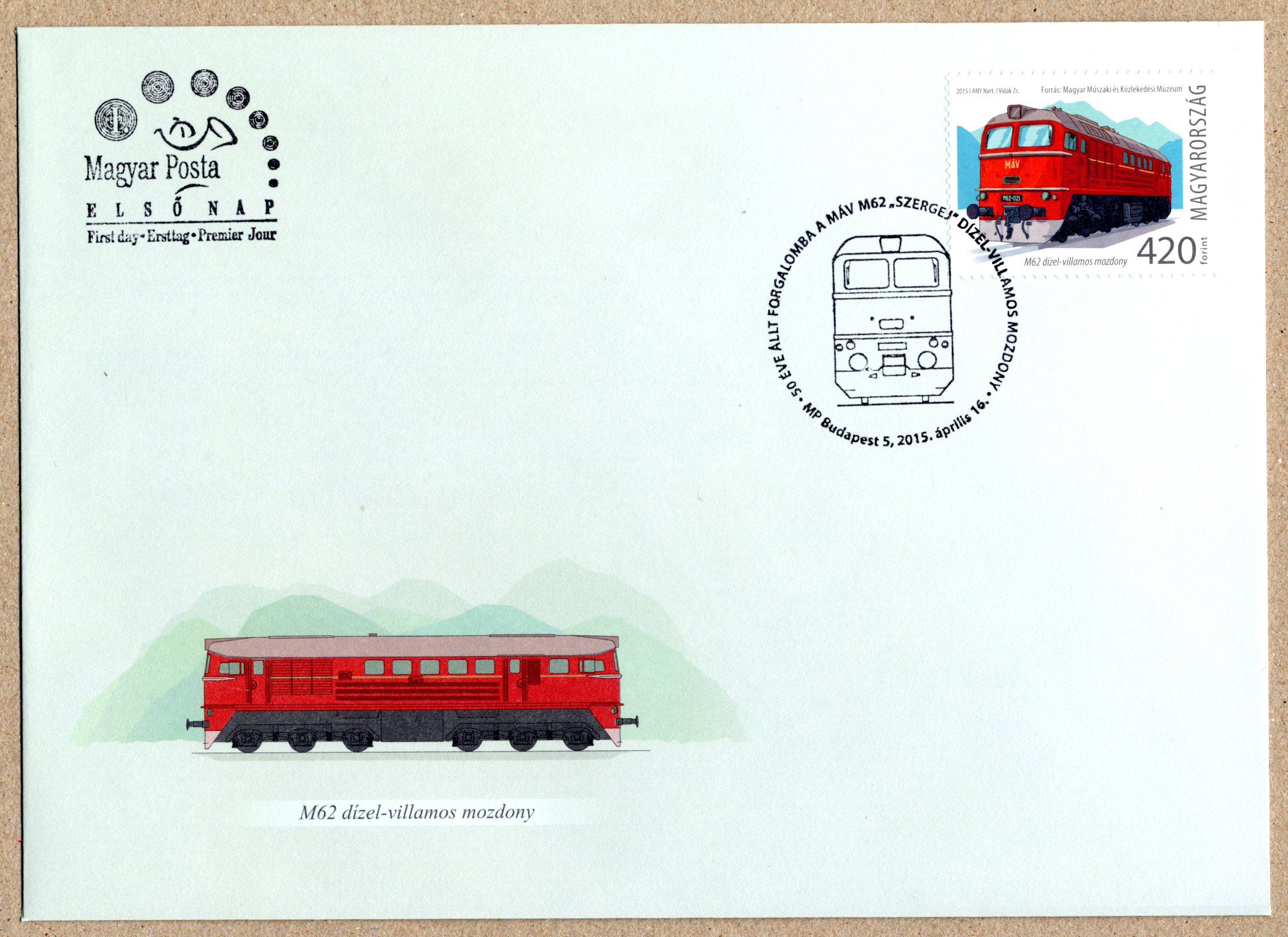