Magyar Posta is marking the centenary of the première of ‘The Gypsy Princess’, one of the best loved and most popular operettas by the famous composer and conductor Emmerich Kálmán (1882-1953), by issuing a commemorative stamp. The stamp depicts the members of the cast of the 1916 production of The Gypsy Princess at the Király Theatre in Budapest: Emma Kosáry, Árpád Latabár Snr, Márton Rátkai and the musicians. The first day cover features a joint scene with Ida Szentgyörgyi and Ernő Király. The stamp was designed by the graphic artist Péter Nagy and produced in 200,000 copies by ANY Security Printing Company. It will be available at large post offices and Filaposta in Hungary from 19 March, but may also be ordered from Magyar Posta’s online store. 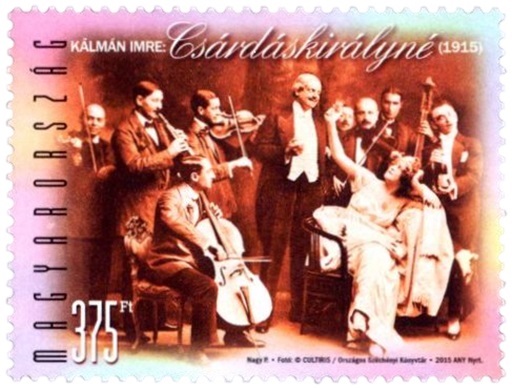 In 1914 Emmerich Kálmán started composing music to a libretto by Leo Stein and Béla Jenbach but he stopped work due to the outbreak of World War I and only completed the operetta a year later. The original date of the première in Vienna was 13 November 1915 but this was altered to 17 November due to illness. Meanwhile the original title also changed from Es Lebe die Liebe (Long Live Love) to Csárdásfürstin (The Csárdás Princess).
The piece debuted in Hungary in the Király Theatre on 3 November 1916. The original German language libretto was translated into Hungarian by Andor Gábor. The theatre director László Beöthy gave the title role to Emma Kosáry, whose appearance in the part was such a runaway success that she remained in operetta for the rest of her career. The role of Prince Edwin was acted by Ernő Király, and Countess Stasi by Ida Szentgyörgyi. An innovation introduced for this opera was that, before the second and third acts, a white canvas was lowered in front of the curtain onto which the words of the music played by the orchestra at that moment were projected, enabling the audience to sing along.
The operetta started its world-conquering journey in St Petersburg in 1917 entitled Sylvia. In Britain and America it was performed under the title of The Gypsy Princess. The Hungarian libretto was rewritten in 1954 by István Békeffi and Dezső Kellér to provide the famous Hungarian prima donna Hanna Honthy, who at the age of 61 was too old for the title role, with a part worthy of her talent. The original role of the prince’s mother was expanded and the scene of the third act was changed from a hotel lobby to a promenade in Karlsbad.
The story, which is interwoven with much humour and melodious, appealing tunes of operatic quality, focuses on love. The thread of the plot evolves in prose interspersed with musical episodes and dance scenes. Operettas have been staged in theatres in Paris, Vienna and London, but the form of this theatrical genre produced today that is bolstered by the highly successful role of the comic dancer/soubrette evolved in Hungary. Hungarian operetta was awarded the title of Hungaricum in 2013. (Source: hungarikum.hu; wikipedia.org) 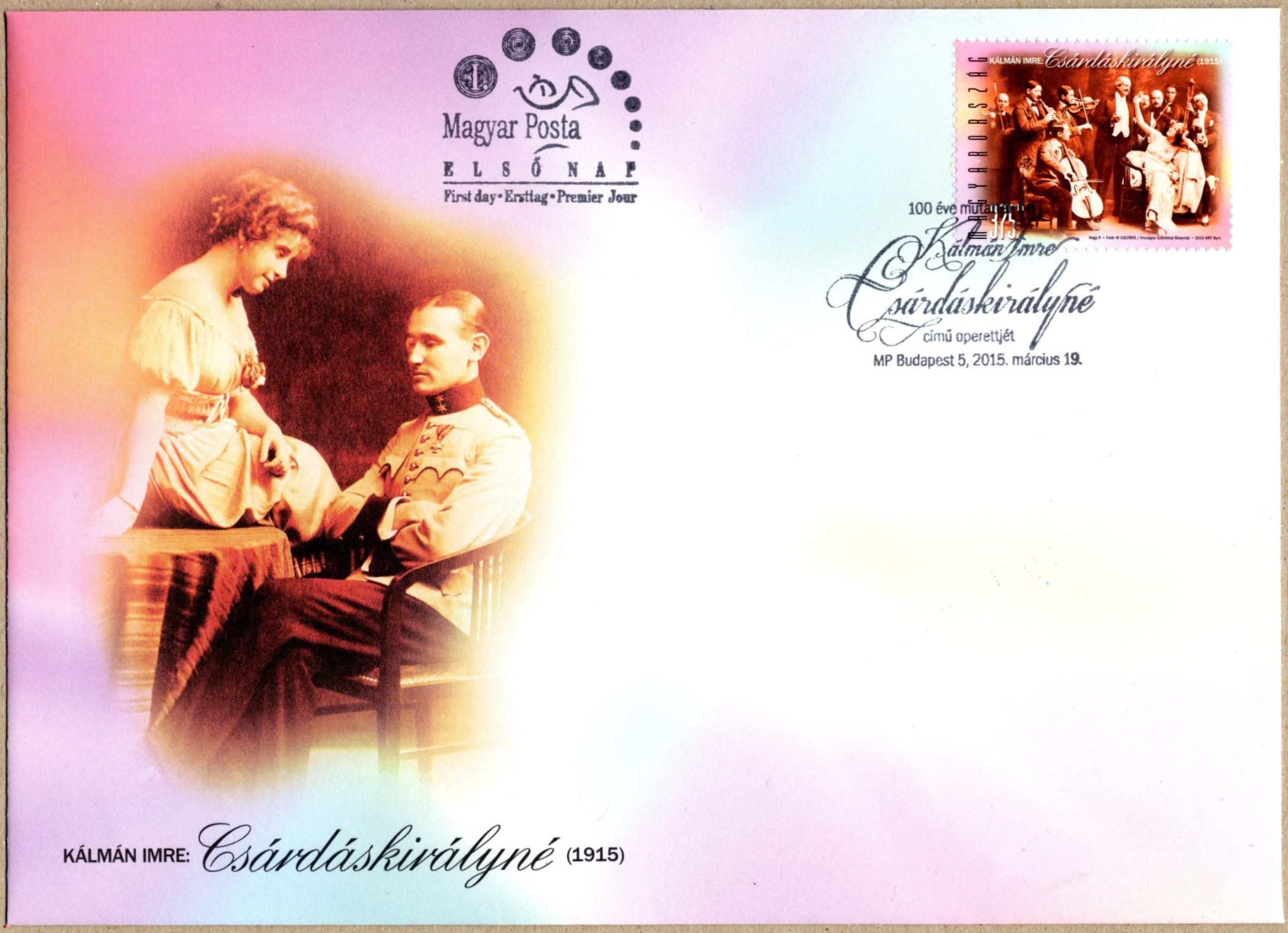