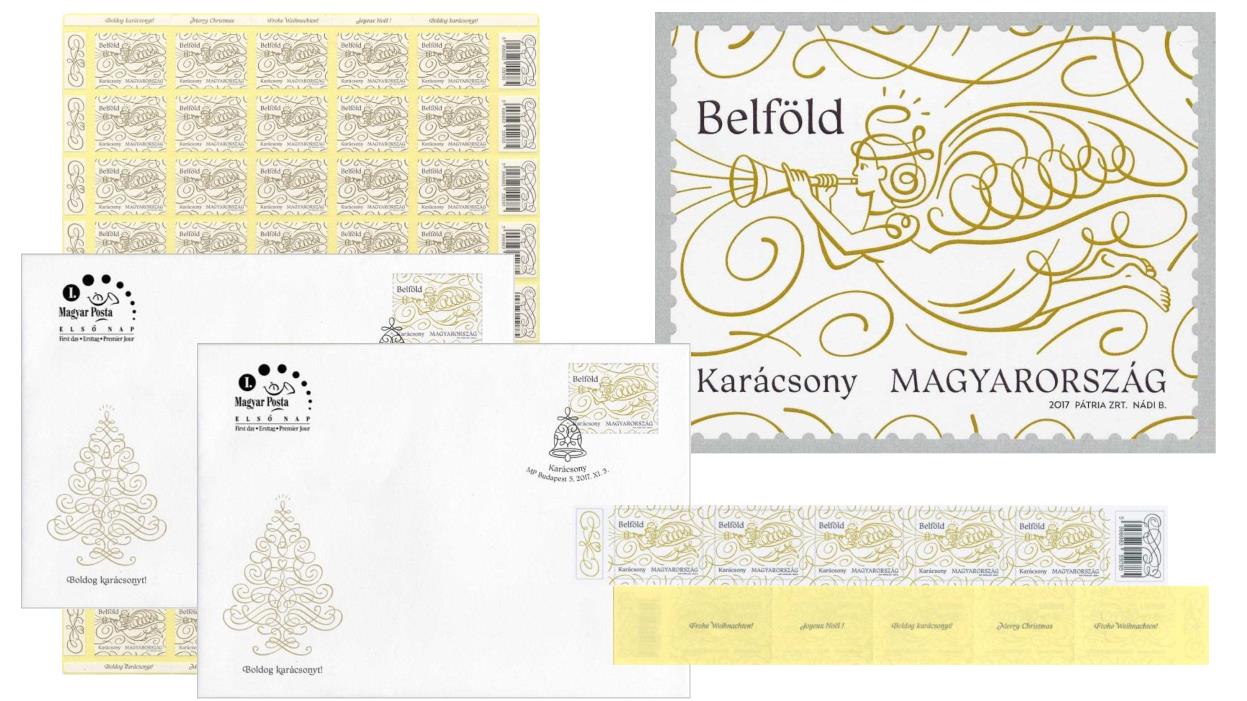 Magyar Posta is issuing a stamp to celebrate the 2017 festive season. Similarly to last year, the postage stamp for sending good wishes by post is self-adhesive and has no value indication, bearing the inscription “Domestic”. It is released in standard and special editions. The standard edition is in sheets of fifty stamps, while the special edition is a miniature sheet of five stamps embellished with gold foil. The festive stamp features an angel, while a Christmas tree appears on the first day cover and the special postmark shows the motif of a bell, all in the same ornamental style. The stamp was designed by the graphic artist Boglárka Nádi and was produced by Pátria Nyomda Zrt. The new issue will be available at first day post offices and Filaposta in Hungary from 3 November, and may also be ordered from Magyar Posta’s online store. 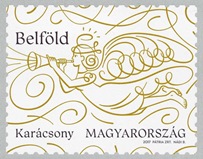 At Christmas the Christian world celebrates the birth of Jesus and the joy that people can again feel at home in the world that was consecrated by the appearance of God. The style of the stamp, its chosen colour and the motifs express this joy, which can be shared with loved ones, friends and acquaintances by anyone buying, using, collecting or giving the stamp as a gift. A special feature of the sheets of 50 stamps is the pictorial elements along the edges, the specially illustrated bar code and the seasonal inscriptions, some of which also appear in the border of the miniature sheet. A grid, which was previously removed during printing, aids separating the stamps from the sheet. The graphics of the special miniature sheet of five stamps form a coherent, repetitive whole.

For the first time, flexographic printing was combined with gold foil printing for the miniature sheet and a further special feature it has is that season’s greetings in Hungarian, English, German and French appear on the back of the backing paper. As the order of the good wishes in Hungarian and the other languages varies, there are four versions of the miniature sheet. The bar code used on the back of the first day cover was also designed in the festive spirit.

Once again this year, the special service for sending mail with season’s greetings bearing the postmark of Karacsony, meaning Christmas in Hungarian, to loved ones far away is available during the Advent and Christmas period between 3 and 26 December 2017. The Christmas Postmark service may be requested at any post office.