István Tömörkény was born 150 years ago

István Tömörkény was born 150 years ago 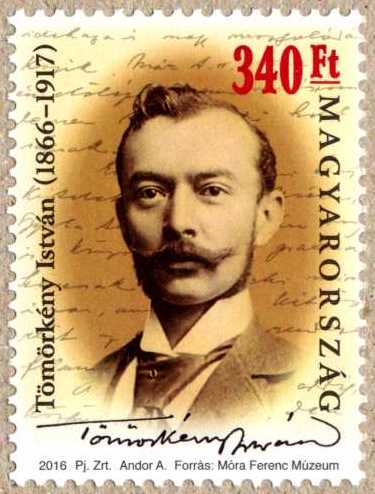 Magyar Posta is commemorating the 150th anniversary of the birth of the writer and museum and library director István Tömörkény by issuing a special stamp on Hungarian Culture Day.The stamp with a face value of HUF 340 was designed by the graphic artist András Andor. The design features a portrait of István Tömörkény with part of a letter written by him in the background. On the cover a detail from a 1902 postcard made by the Budapest publisher Edgar Schmidt showing the Palace of Culture built “For Community Culture” appears. The new issue will be available while stocks last at first day post offices and Filaposta in Hungary from 22 January, but may also be purchased from Magyar Posta’s online store.

István Tömörkény attended school in Szeged and Makó, and went on to study pharmacy. However, instead of settling for a comfortable middle-class life as a chemist, he chose to become a journalist. He was a writer who found it hard to find his own voice and it took a long time for him to decide to publish his first independent book, Szeged Peasants and Other Gentlemen, published in 1893. A further fourteen volumes appeared during his literary career spanning almost a quarter of a century. His true forte was the short story in which he could relate complicated events very succinctly. Tömörkény’s characters emerge from brief, pithy descriptions as graphically delineated figures. Occasionally, his language seems sloppy but it soon becomes clear that this is an artistic device. Characters frequently recur in his short stories, becoming familiar friends to the reader. His handling of moods is masterly: tales that start light-heartedly turn depressingly tragic, while unexpected comic twists relieve gloom and doom. Tömörkény’s literary heritage is a major treasure in 20th-century Hungarian literature.
Between 1904 and 1917 he was the director of the Palace of Culture in Szeged, which was the city’s museum, and the Somogyi Library, that is to say the predecessor of today’s Móra Ferenc Museum. Under his guidance the intellectual foundations were laid at the museum on which his successor, the novelist Ferenc Móra, built. The creation of the ethnographic collection was one of his achievements. Source: mek.oszk.hu/Móra Ferenc Múzeum, Szeged 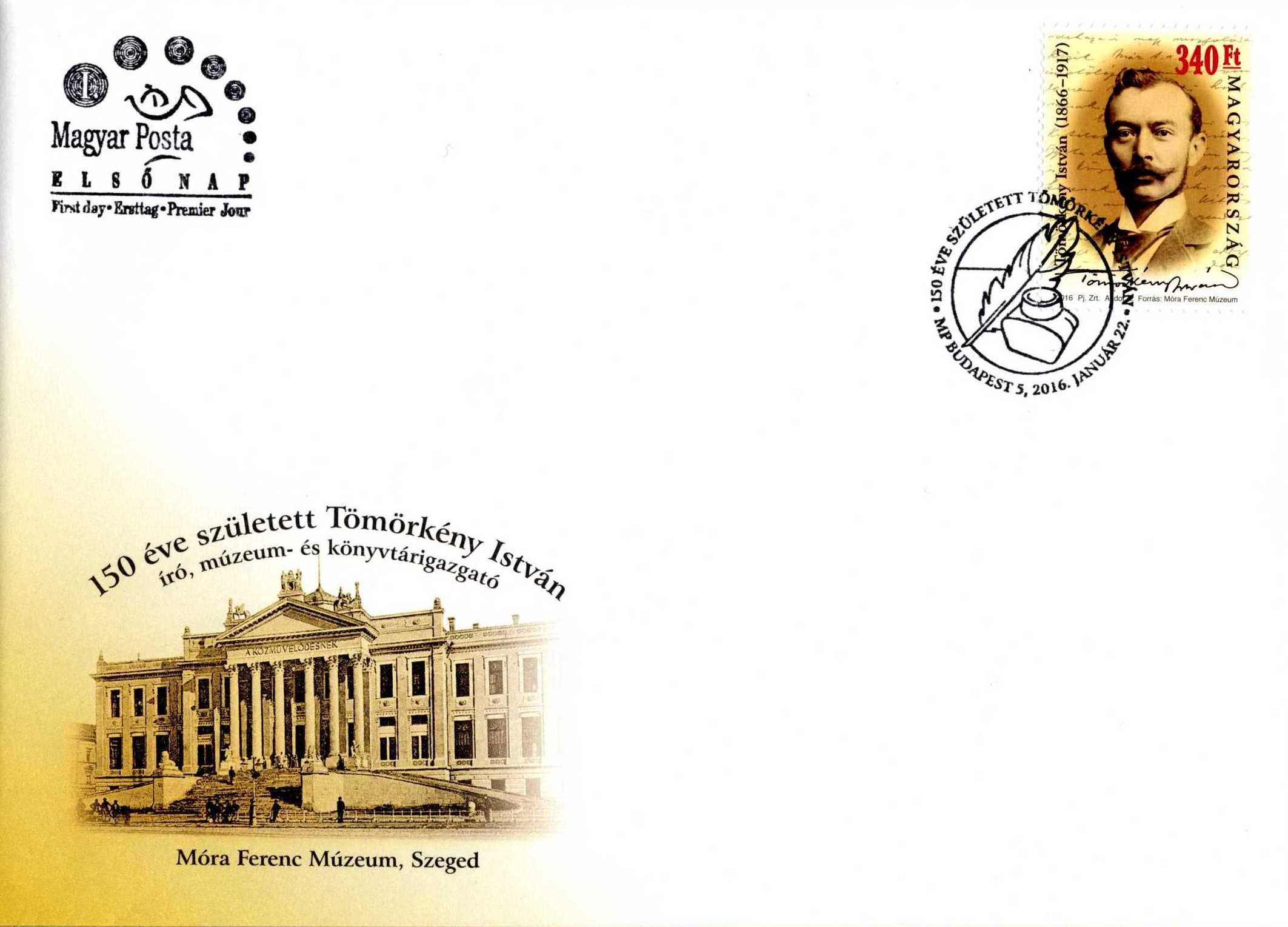