In response to mailing needs, Magyar Posta is issuing two stamps, one marked “EURÓPÁBA” for mail within Europe and the other “EURÓPÁN KÍVÜLRE” for letters with destinations outside Europe, on 22 January 2016. These stamps were issued as a definitive series with two denominations in 1999 and 2002, and the original value indication has now been replaced.The stamps were designed by Krisztina Rényi and Ferenc Svindt, and were produced by the Banknote Printing Company. The new issues will be available from 22 January at Filaposta and large post offices in Hungary, but may also be purchased online from Magyar Posta’s web site.

Poppy (Papaver rhoeas)  This flower is typically found at the edge of wheat and arable fields and together with the cornflower is an indispensable part of the countryside in June. This annual flower of the Papaveraceae family grows to between 40 and 60 centimetres tall and has four petals which are deep scarlet though occasionally pink, often with a dark blotch at their base. It has a thin stalk covered in white hair. Poppies were traditionally used for dyeing and as a medicinal plant. An infusion of the petals was taken to soothe coughs and sore throats.Stemless gentian (Gentiana acaulis)  This is a perennial plant favouring scree-covered slopes in mountainous areas of southern Europe. The 5 to 10 centimetre tall plant has an intense blue trumpet-shaped flower and blooms from April until June but can also sometimes flower in the autumn. Its narrowly elliptic leaves are bright green. It prefers an exposed position in full sun. An infusion made from its roots is said to protect the liver and is also used to stimulate appetite and to treat gastrointestinal complaints. Source: botanikaland.hu, faiskola.hu The value indicated on the stamps (through the inscriptions EURÓPÁBA and EURÓPÁN KÍVÜLRE) allow standard letters to be sent within Europe and outside Europe respectively. 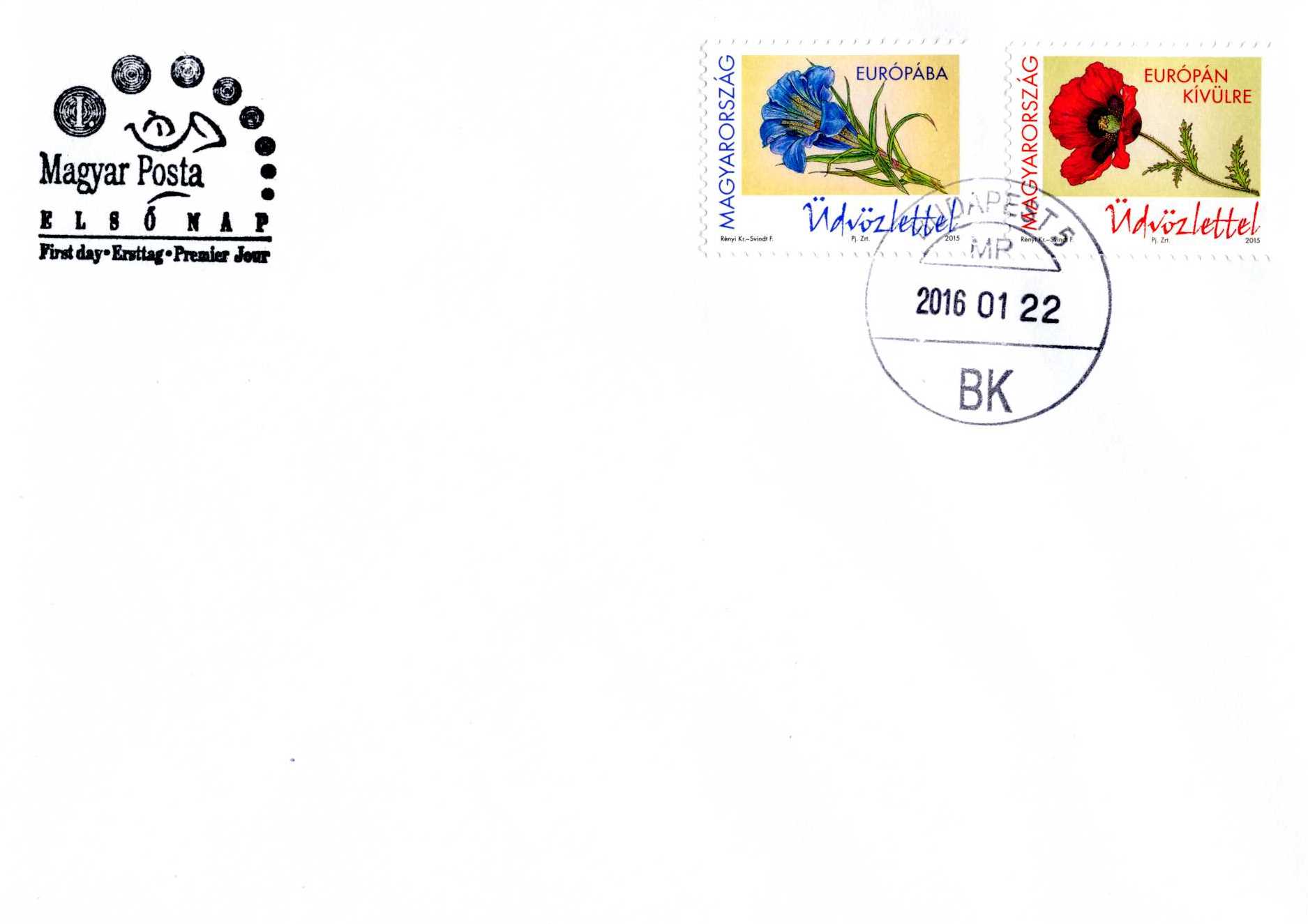