In 2015 Magyar Posta is issuing a stamp block with a surcharge to support youth stamp collecting. The theme of the stamp block is provided by the illustration of the epic poem based on a folk tale Mattie the Goose-boy by Mihály Fazekas. The new issue features an acrylic painting by Edit Szalma. The stamp shows Mattie the Goose-boy with his geese. Magyar Posta devotes the amount of the surcharge, that is HUF 150 for each block, to supporting youth stamp collecting. Forty thousand copies of the stamp block were produced by ANY Security Printing Company. The stamp block will be available at large post offices and Filaposta in Hungary from 24 March, but may also be purchased from Magyar Posta’s webshop. 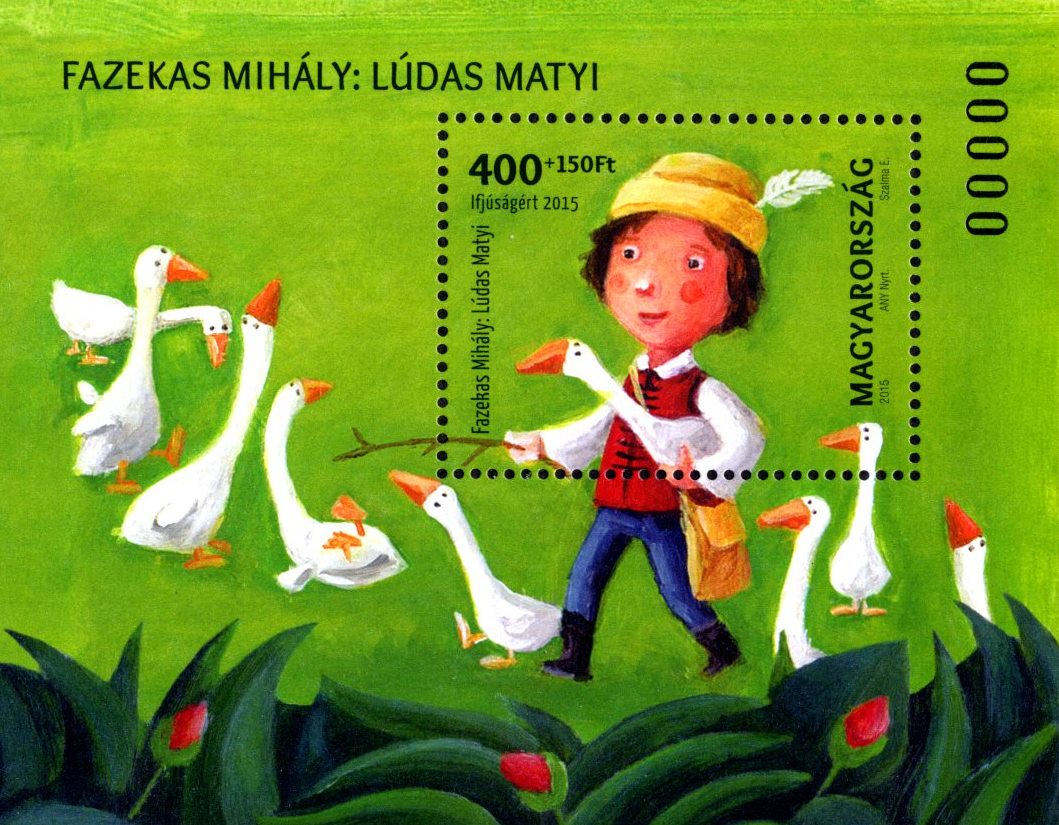 Mattie the Goose-boy was first published in 1815 in Vienna without the author’s knowledge. Mihály Fazekas wrote a protesting letter to the publisher on 15 November 1815, in which he explained that he had refrained from publishing his work in that form after he wrote it in 1804 because it had not won the approval of his fellow writer Ferenc Kazinczy in 1805. A reworked version of the poem appeared in June 1817 as a second, improved, octavo edition bearing the author’s monograms F. M. on the title page. This edition, priced 36 crowns, included four woodcuts and had an illustrated cover. An advertisement attached to the volume announced that the proceeds from its sale would be devoted by the publisher to helping the victims of a fire in Szombathely and Körmend in western Hungary. The third edition was published in Buda in 1831. After that, the poem was published many times, including cheaper editions which reached a wider audience.
The work’s main character is a simple gooseherd, Mattie the Goose-boy, who is smart enough to trick the rich and greedy lord of the manor on a number of occasions. Although the author set the poem in the Middle Ages, he wrote a critique of his own times. Mattie is a typical folk-tale character. The story is quintessentially Hungarian with Hungarian peasants and a Hungarian lord of the manor set in a Hungarian landscape. The poem is richly endowed with folk expressions and idioms, and has a humorous style reflecting sympathy with the poor.
It has been adapted many times. István Balogh wrote a comedy and Zsigmond Móricz composed a farce based on the poem, while Alfréd Deésy made a silent film of it. One of the best known film adaptations was directed by Kálmán Nádasdy and László Ranódy, which was first screened in 1949 and starred Imre Soós in the main role. An animated feature film was made of the story by Attila Dargay in 1977 and, based on this, a 45-slide colour film strip with text by the poet József Romhányi was produced. (Source: wikipedia.org) 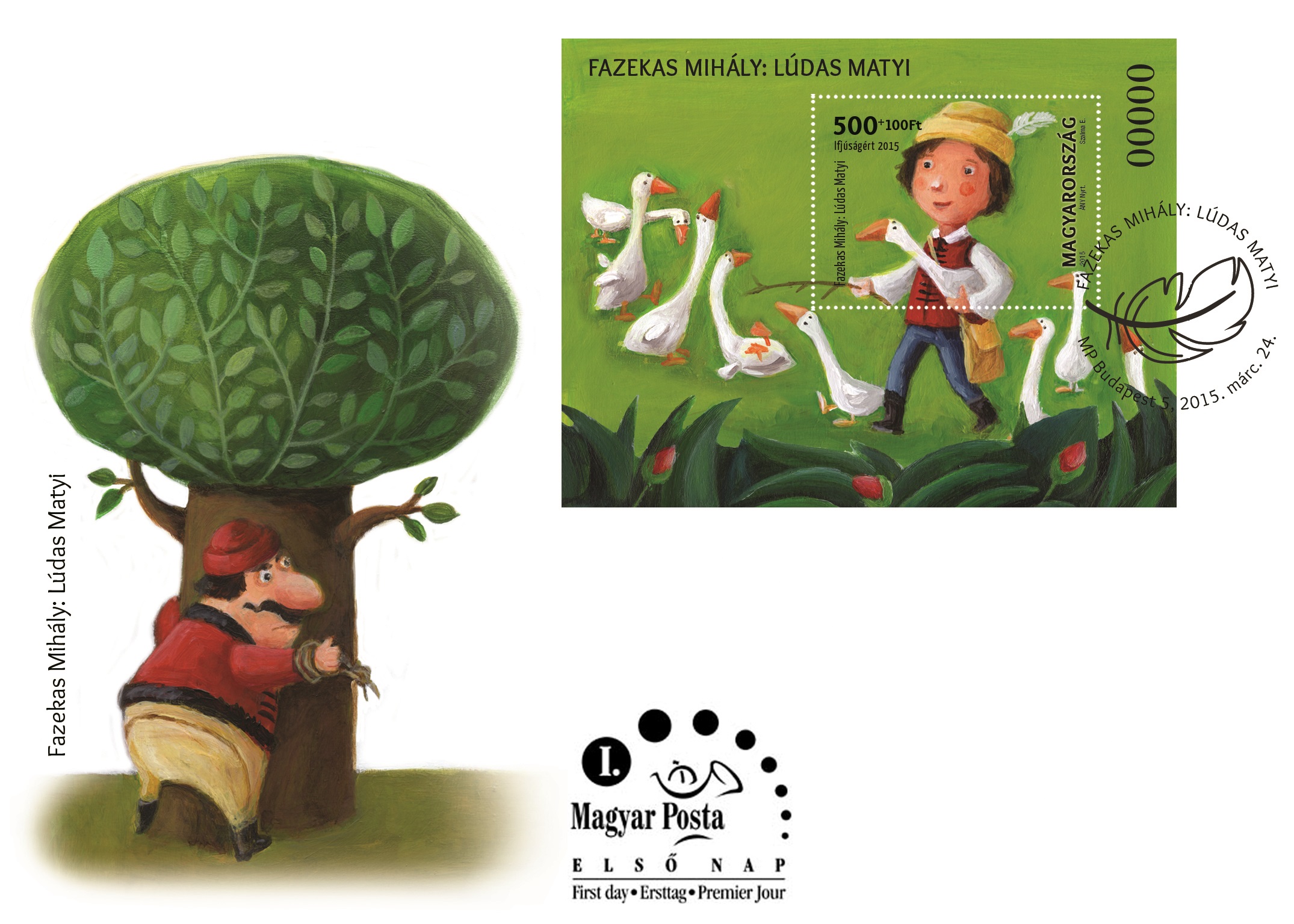