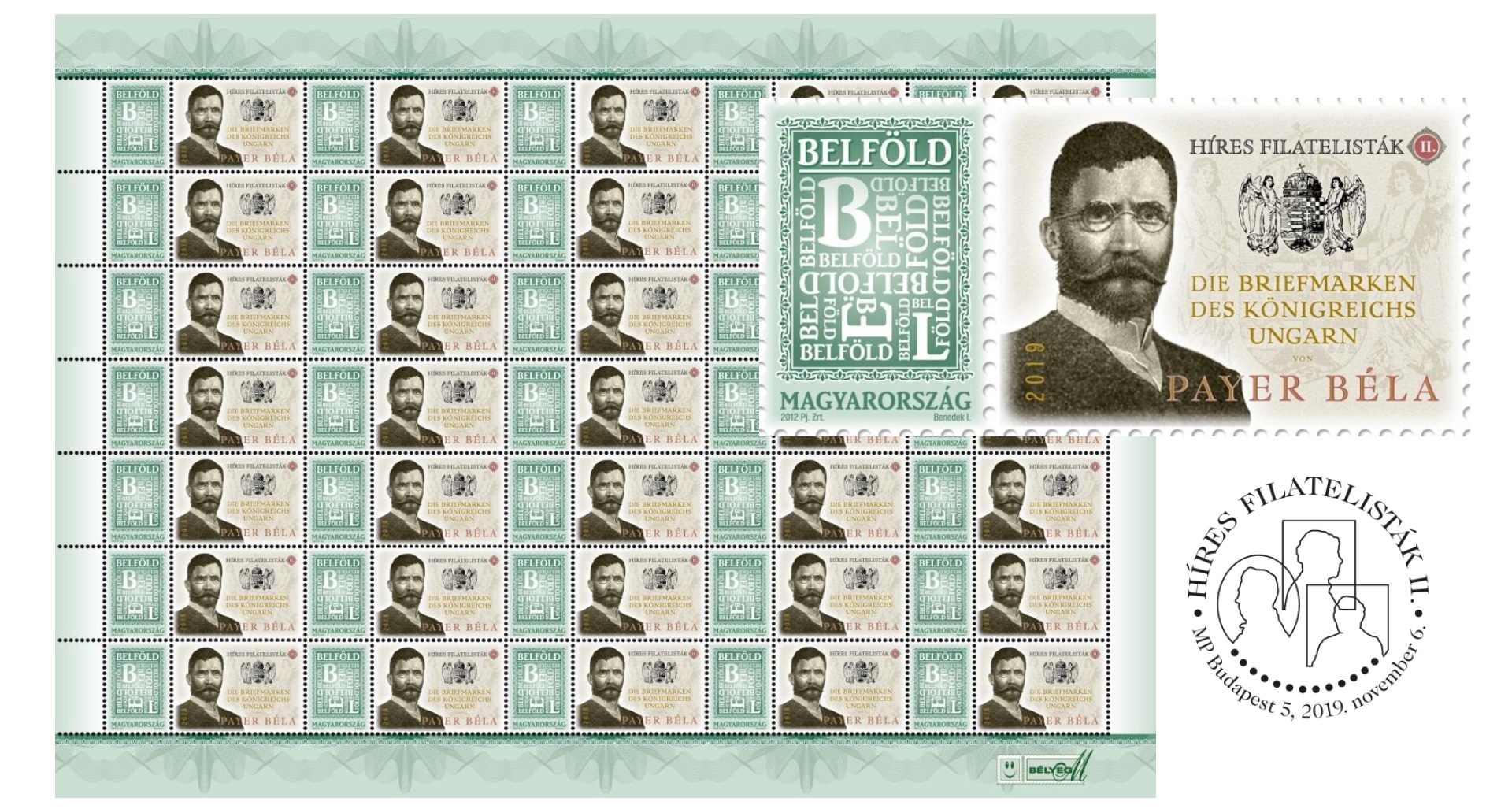 After Count Miklós Dessewffy, the latest piece in the thematic personalised stamp series entitled Eminent Philatelists honours the memory of Béla Payer. Eight thousand copies of the stamp with a label designed by the graphic artist Imre Benedek were produced.

Béla Payer (1850-1923) is regarded as a pioneer in Hungarian philatelic literature for his dedicated research and creative work in the initial period following the appearance of Hungarian stamps.His work on the stamps of Hungary covering the period up to 1915 is the first monograph about Hungarian stamps written in German, which was also published in a book form in 1920. In this he relates the history of Hungarian stamp issuance, describes designs and proofs, and lists the colour and other variations of the stamps. For issues from 1874 onwards, he was the first to cite the state printing company’s figures regarding numbers of copies of stamps from documents that have since been lost, thus his work counts as an important source. A portrait of Béla Payer appears on the label belonging to the stamp, and next to it part of the title page of the aforementioned German monograph.