Magyar Posta traditionally celebrates Easter with a stamp issue. As a continuation of the 2013 release, the denominations of the regular stamp series feature some exquisite ornamental eggs from the Decorative Egg Collection in Zengővárkony. The eggs are the work of the folk artist Mrs Csilla Szendrő Bérczi, Master of Folk Art, who practises the craft of egg painting. A special feature of the issue is that the two different stamps alternate in the sheet of stamps. The Easter stamps issued on 5 March 2015 were designed by the graphic artist Péter Nagy and printed by ANY Security Printing Company. 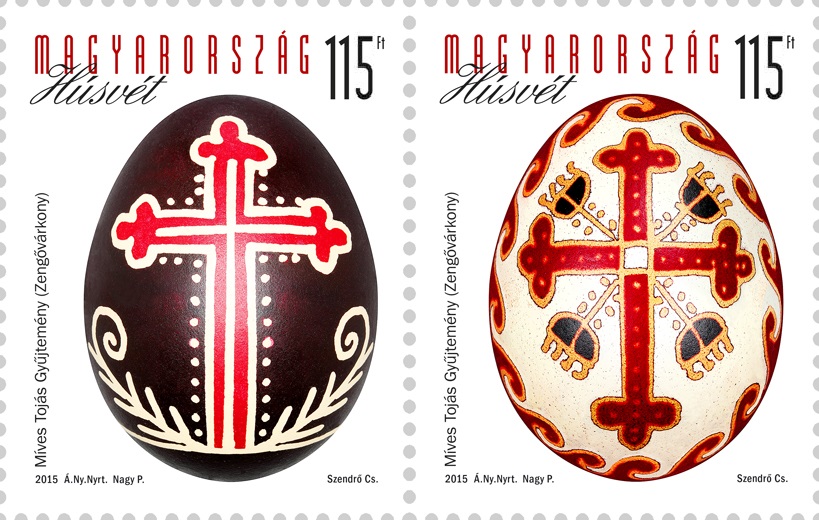 In Christianity the cross is the symbol of Christ’s triumph over death. Among decorated eggs religious references are rare but they are nevertheless important. These include the cross, the Romanian cross, the sacrament, Mary mourning, faith, hope and love, the wafer and the chalice.
In the cross motif on the light background diagonals are inserted between the arms of the cross to form an eight-armed cross. What appears to be a rake motif is in reality an ancient symbol of the hands and fingers, indirectly bringing blessing. The vertical division shown at the side of the egg in the picture refers to the connection between heaven and earth, the Holy Staircase and a confirmation of sacrality. Red is used for this, as it is for the cross, symbolising the colour of blood, life and resurrection. The colour choice is due to the application of mixed decoration methods, highlighting the cross on a light background.
The egg on the black background conforms with traditions from the 19th and 20th centuries. The cross is red in reference to Christ’s blood and is applied in wax on a white egg. The black background recalls death and mourning. The central motif is a variation of the cross fleury and its significance is heightened by the line of beads surrounding it as a rosary. The curved leaf motif running up from the base of the cross on each side and ending in a spiral is associated with the tree of life expressing hope in resurrection.
The approximately two thousand exquisitely decorated eggs held by the Decorative Egg Collection include several variations on the two eggs with sacred images shown in the series. (Source: folk artist Mrs Csilla Szendrő Bérczi, Master of Folk Art, and Dr Rózsa Nienhaus, founder and owner of the Decorative Egg Museum) 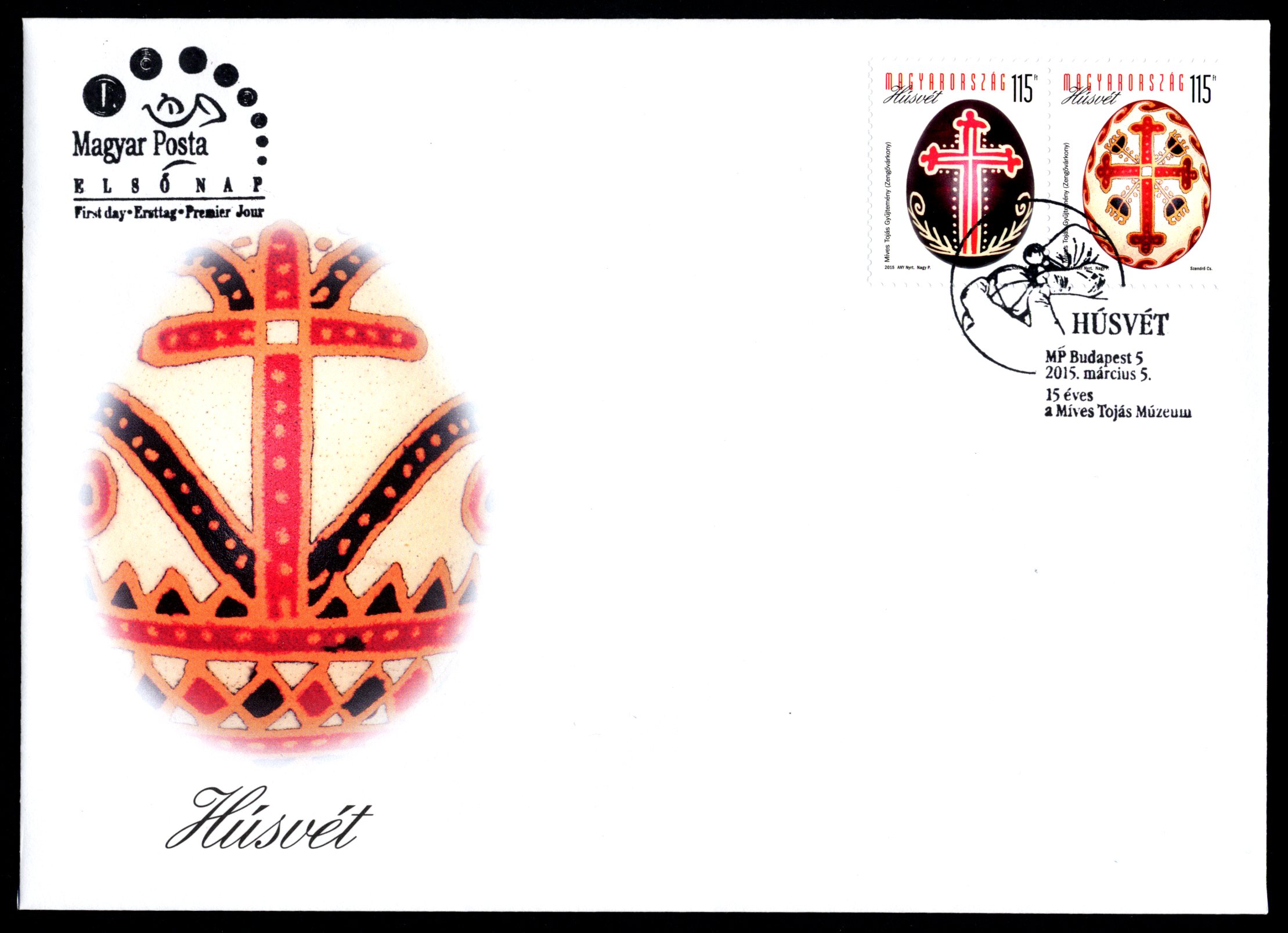