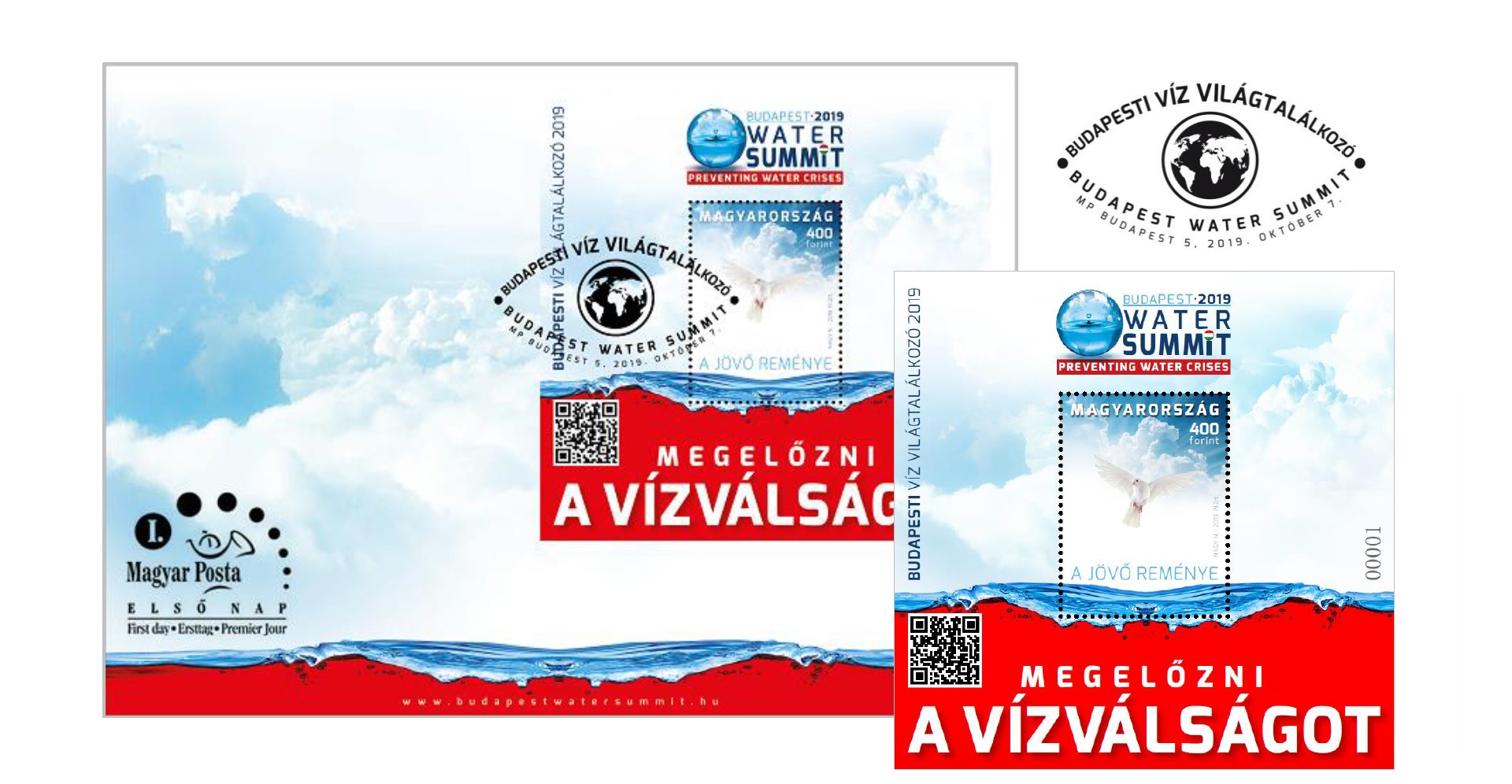 The Budapest Water Summit 2019 is being held for the third time between 15 and 17 October 2019, in relation to which Magyar Posta is issuing a souvenir sheet, as it has done previously.Sixty thousand copies of the souvenir sheet designed by the graphic artist Nándor Nagy were produced by the Pénzjegynyomda Zrt. The new issue is available from Filaposta, philately specialist services certain post offices and www.posta.hu. 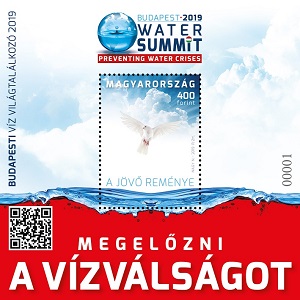 In the days of climate change and global warming, water is receiving increasing attention, which can be a driver of global migration as well as a source of war conflicts, health problems, illness and death. There is a limited supply of water suitable for human consumption on Earth, and the projected population growth in the world will exacerbate water scarcity. Water scarcity, floods and water pollution lead to water crises, the number and severity of which may increase in the future. Accordingly, the organisers of the World Summit identified three issues that need to be discussed: much water, little water, polluted water. With all this in mind, effective action to protect water resources is increasingly urgent.

The stamp shows water with the words “Hope for the Future” and a dove symbolising hope. On the frame drawing of the souvenir sheet reads the slogan of the 2019 summit: Preventing water crisis. On the envelope, as on the stamp, the red colour under the water draws attention to danger. The postmark depicts Earth as an eyeball, symbolising the unity of man and nature.