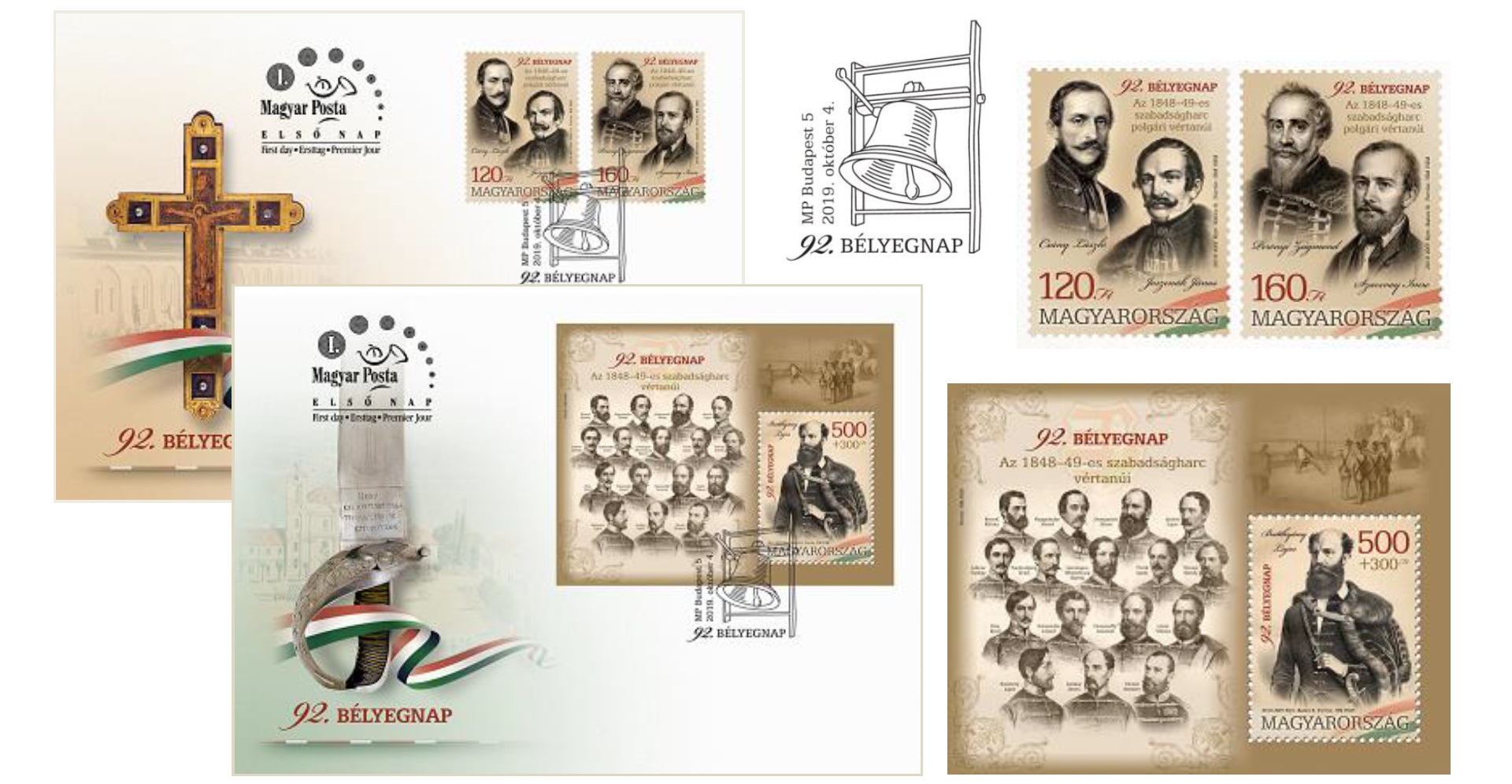 Magyar Posta is issuing a special two-denomination set of stamps and a souvenir sheet with a surcharge to celebrate the 92nd Stamp Day, which is being held as a joint event with the HUNFILA 2019 International Stamp Exhibition at the Stefania Palace in Budapest between 4 and 6 October 2019. The new issues were produced by ANY Biztonsági Nyomda Nyrt based on the designs of the graphic artist Barnabás Baticz, and they will be on sale at the event, first day post offices and Filaposta in Hungary from 4 October 2019, but may also be purchased from Magyar Posta’s online store. Magyar Posta devotes the HUF 300 surcharge on each souvenir sheet to supporting organised stamp collecting in Hungary. 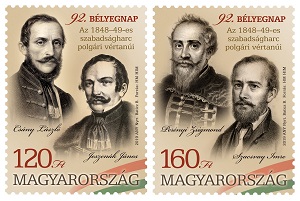 The military martyrs of the Hungarian Revolution and War of Independence of 1848-1849 are shown on the 92nd Stamp Day souvenir sheet. The execution of the 13 Martyrs of Arad on 6 October is engraved in the Hungarian national memory, however, the retaliation claimed other victims as well before and after 6 October. Other martyrs shown on the souvenir sheet: Norbert Ormai (Auffenberg), who served as colonel in the Hungarian army, Lajos Kazinczy colonel, the youngest son of the famous Hungarian neologist, and János Lenkey, who died in prison before the sentence was pronounced. 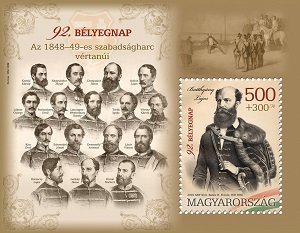 The stamp on the souvenir sheet depicts Lajos Batthyány. Pictures of the following civil martyrs are shown on the stamps: László Csány, János Jeszenák, Zsigmond Perényi and Imre Szacsvay. The special envelope containing the souvenir sheet features the sword of general János Damjanich, martyr of Arad, with a view of the castle church of Arad in the background. The inscription of the sword reads “DEUS EXERCITUUM BELLATOR FORTISSIME ESTO MECUM” which translates to “God of armies, the biggest of warriors, be on my side”. The special envelope for the set of stamps shows the cross which József Schweidel, martyr of Arad, held in his hand at the time of his execution. There is a view of the casemates of Arad in the background. The special postmark features a stylized drawing of a passing bell.