Edith Piaf was born 100 years ago

Edith Piaf was born 100 years ago

Magyar Posta is issuing a commemorative stamp to mark the centenary of the birth of the French chanteuse, songwriter and actress Edith Piaf. The stamp shows the celebrated singer’s portrait. Fifty thousand copies of the miniature sheet containing four identical stamps designed by the graphic artist Glória Hefelle were produced by the Pénzjegynyomda printing company. The new issue will be available at large post offices and Filaposta in Hungary from 8 May, but may also be purchased from Magyar Posta’s webshop.

Edith Piaf, born Edith Giovanna Gassion, (1915–1963) was brought up by her father, who was a street acrobat performer. As she had a weak build, she sang instead of doing acrobatics to earn money with her father. In 1919 she lost her sight as a result of keratitis, which she only recovered at the age of seven. She was 17 years old when she gave birth to a child, who died of meningitis not long afterwards. Her talent was recognised while singing on the street. Louis Leplée, the owner and director of the nightclub Le Gerny, launched her career. He gave her the stage name Piaf, which means sparrow in French slang. She first sang on stage in 1935. In 1936 Leplée was murdered and the ensuing scandal could have caused her to return to the streets had not the poet Raymond Asso taken her under his wing. He taught her for three years, wrote chansons for her and managed to arrange her first performance in a revue theatre. It was Asso who introduced Piaf to Marguerite Monnot, who wrote evergreens such as “Milord”. In 1940 Piaf met Jean Cocteau, who wrote a play, Le Bel Indifférent, for her. In 1941 she was given a role in a film. During the German occupation of Paris she sang regularly for the troops, and organised a gala evening to help the children of prisoners of war. Piaf also helped her Jewish colleagues who lost their jobs or were threatened by deportation. She first appeared on stage in New York in 1947. This was when she met the love of her life, the world boxing champion Marcel Cerdan, who died two years later in a plane crash. As a result, Piaf became an alcoholic, which she remained until the end of her life. In 1952 she married the singer Jacques Pills. Their honeymoon was a giant tour of the United States. They got divorced four years later. By the mid 1950s Piaf's health had deteriorated but she paid no heed to her doctors’ warnings and repeatedly appeared on stage. On some occasions she collapsed during her performance. She was diagnosed with incurable cancer. On 9 October 1962, seriously ill, she married the singer Théo Sarapo, with whom she scored a hit with the song “À Quoi Ça Sert L'Amour?”. In August 1963 she withdrew to her villa in Plascassier, where she spent the last months of her life under constant care and died on 10 October. She was laid to rest in the Père-Lachaise cemetery in Paris.
(Source: wikipedia.hu) 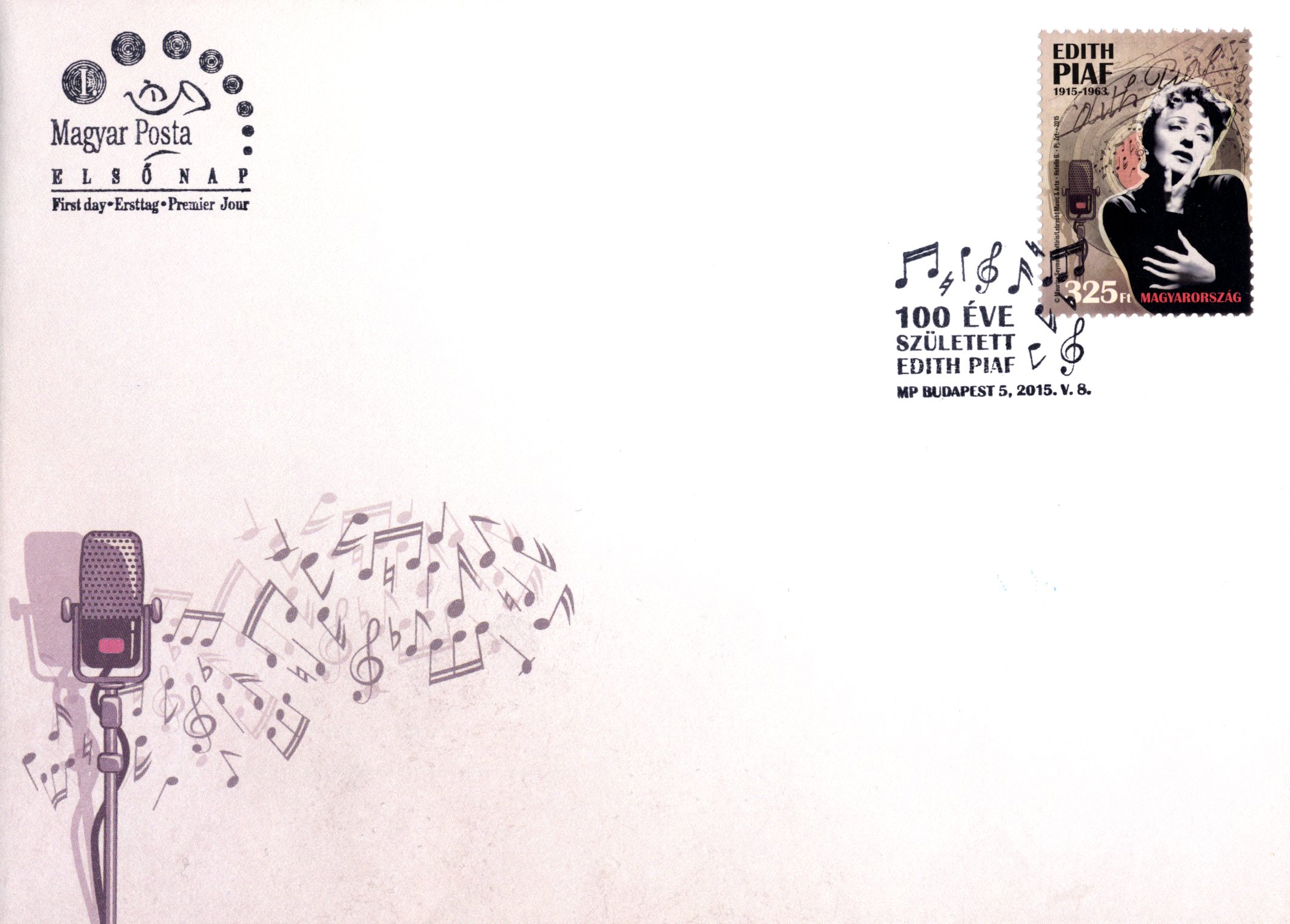