Albert Einstein presented the general theory of relativity 100 years ago

Albert einstein presented the general theory of relativity 100 years ago 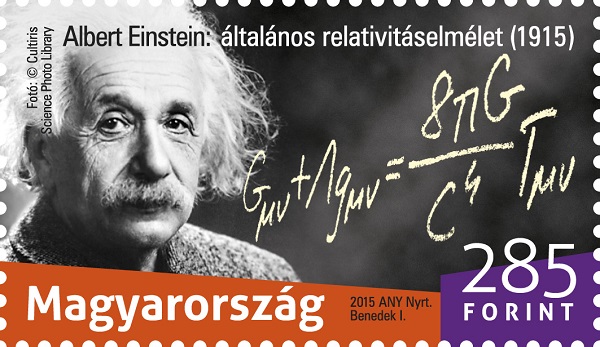 One hundred years ago Albert Einstein presented his new relativistic gravitational field equations to the Prussian Academy of Sciences at its meeting on 25 November 1915, and thus his general theory of relativity was born. Since then, this theory not only has proved to be of great significance in physics, but it also has astrophysical, technical and everyday applications. Magyar Posta is issuing a stamp to mark this centenary. A portrait of Albert Einstein, the Noble Prize-winning physicist, and the mathematical formula of the general theory of relativity appear in the stamp design. The stamp was designed by the graphic artist Imre Benedek and produced by ANY Security Printing Company. The new issue will be available while stocks last at first day post offices and Filaposta in Hungary from 7 September, but may also be purchased from Magyar Posta’s online store.

The general theory of relativity is the theory of gravitation published by Albert Einstein in 1916. Its basis is the equivalence principle, which describes gravitation and acceleration as two ways of seeing the same thing. The theory rests on the fact that, locally, no experiment can make a distinction between the homogeneous gravitational field and constant acceleration. Einstein gradually expanded the meaning of the equivalence principle in his further writings and later included the idea that no physical measurement can establish the state of motion of a non-accelerating reference system. This means that it is impossible to measure, and thus in effect pointless to discuss, the changes in the inertial mass or electrical charges of the basic physical constants such as elementary particles in the case of different relative motions. Every measured change in these constants is either an experimental error or shows that the theory of relativity is wrong or wanting.
Albert Einstein (Ulm, Württemberg, Germany, 14 March 1879 – Princeton, New Jersey, USA, 18 April 1955), theoretical physicist; considered the greatest scientist of the 20th century both in scientific circles and by the public. He developed the theory of relativity and made considerable contributions to the advancement of quantum mechanics, statistical mechanics and cosmology. He won the Nobel Prize for physics in 1921.
(Source: wikipedia.org; matud.iif.hu – László B. Szabados’s article “The Theory of Relativity is One Hundred Years Old”) 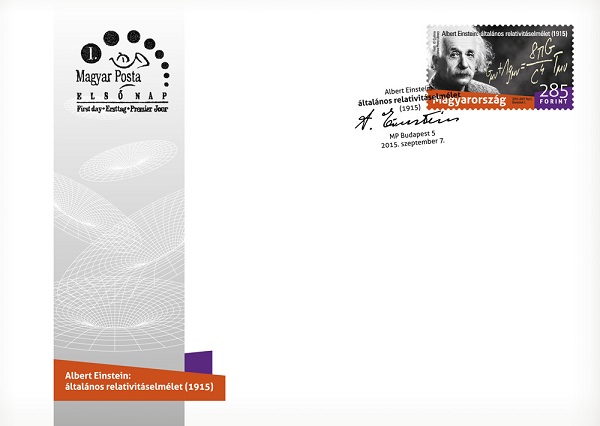