150 years of the International Telecommunication Union 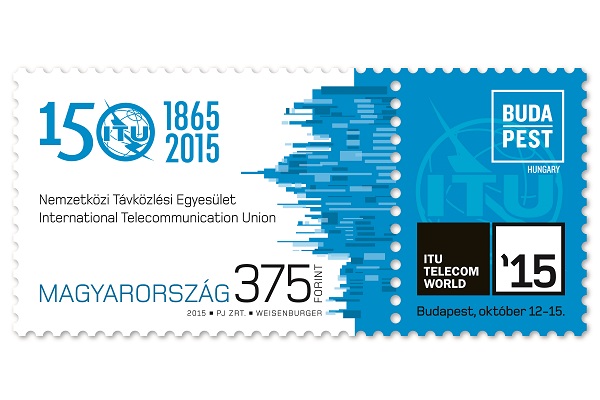 Magyar Posta is marking the hundred and fiftieth anniversary of the foundation of the International Telecommunication Union and the conference of the worldwide organisation which is being held in Budapest by issuing a commemorative stamp with a label. The colours of the new issue match the Union’s image, so blue and white dominate. The anniversary’s logo and the silhouette of the building of the Hungarian Parliament comprised of optical fibres, associated with telecommunication, appear on the stamp. On the label attached to the stamp the emblem of the conference in Budapest is depicted with the logo of the organisation in the background. The stamp was designed by the graphic artist István Weisenburger and produced by the banknote printing company Pénzjegynyomda. The new issue will be available while stocks last at first day post offices and Filaposta in Hungary from 12 October, but may also be purchased from Magyar Posta’s online store.

The International Telecommunication Union (originally the International Telegraph Union, abbreviated as ITU) is the United Nation’s specialised agency for information and communication technologies.Its history can be traced back to two agreements on telegraphy signed in 1858 and in 1864. The first international agreement was signed by the representatives of 20 member states in Paris on 17 May 1865 and this date is the official date of the organisation’s foundation.In 1868 a decision was reached by the International Telegraph Conference in Vienna to establish the organisation’s own bureau in Berne, Switzerland. Later, in 1947, it relocated to Geneva. All countries that sign the International Telecommunication Convention can join the Union. Its duties are to ensure international cooperation in the development of telecommunication services and their technical equipment.The Plenipotentiary Conference is the supreme body of the ITU, which regulates the international supervision of telecommunication from a legal aspect. Its duties include electing the senior management of the organisation and reviewing the Telecommunication Convention every five years.Hungary joined the organisation on 1 January 1866. In the 193 ITU member states there are currently some 700 registered sector members and associates.The ITU Telecom World is an annually held conference, which in 2015 will be staged in Budapest between 12 and 15 October. This global event provides a platform for developers of the information and communication technologies, government actors, regulatory authorities and leading players of the industry to meet, present the latest trends, and nurture and establish industrial and intergovernmental relations. Source: kislexikon.hu; kormány.hu 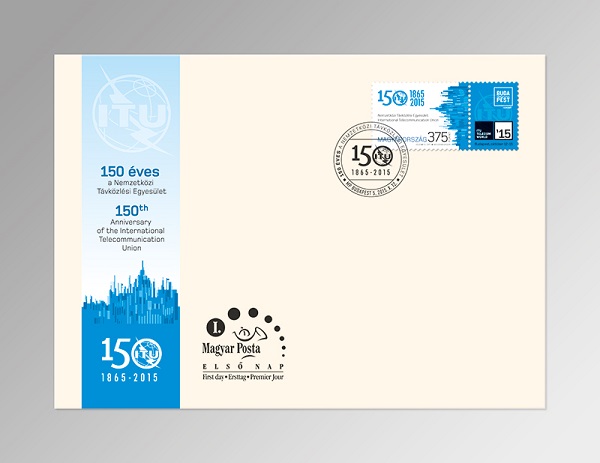 Date of issue: 12 October 2015
Face value: HUF 375 (On the date of issue, the HUF 375 stamp pays the postage of a priority postcard or standard letter to outside Europe.)
Printing method: offset
Number of copies: 210,000
Perforate size of the stamp: 18 x 25.2 mm. Perforate size of label: 36.25 x 25.2 mm (35 stamps/sheet)
Printed by Pénzjegynyomda
Designed by István Weisenburger