Magyar Posta is issuing a special stamp to mark the Women’s Basketball European Championship. The design of the special stamp with a face value of HUF 390 features a basketball shoe and a high-heel shoe, referring to the diversity of sportswomen, and the national flags of the host nations. The names of the twenty countries taking part in the European Championship appear on the selvedge of the press sheet containing 50 stamps. The special stamp was designed by the graphic artist Zsolt Kecseti and produced by ANY Security Printing Company. The stamp will be on sale in first-day post offices and at Filaposta in Hungary from 4 June while stocks last, but may also be purchased from Magyar Posta’s online store. 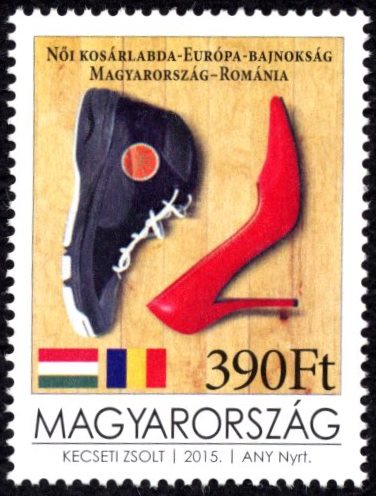 Hungary and Romania are jointly hosting the 35th European Women’s Basketball Championship between 11 and 28 June 2015. The matches will be played in five Hungarian and three Romanian cities. Fans of basketball and of the teams can enjoy the games from the seats of the László Papp Budapest Sportarena, Főnix Hall in Debrecen, the City University Hall in Győr, Sala Polivalentă in Cluj-Napoca, Savaria Arena in Szombathely, MKB Arena in Sopron, Sala Sporturilor “Antonio Alexe” in Oradea and Sala Polivalentă “Politehnica” in Timișoara. Twenty teams including the Hungarian national side will play in the European Championship. The winning team will go to the 2016 Olympic Games and the teams in the next four places will compete in the Olympic qualifying tournament. Hungary will vie with the defending champions Spain as well as Slovakia, Lithuania and Sweden in the MKB Arena in Sopron for a place in the semifinals. (Source: hu.wikipedia.org) 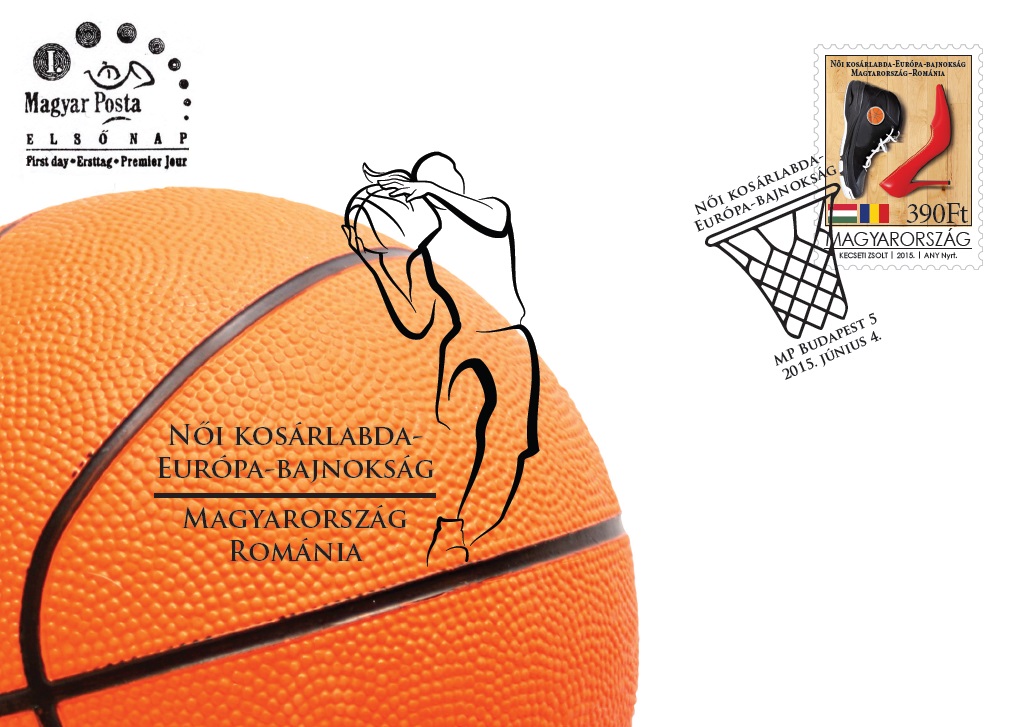