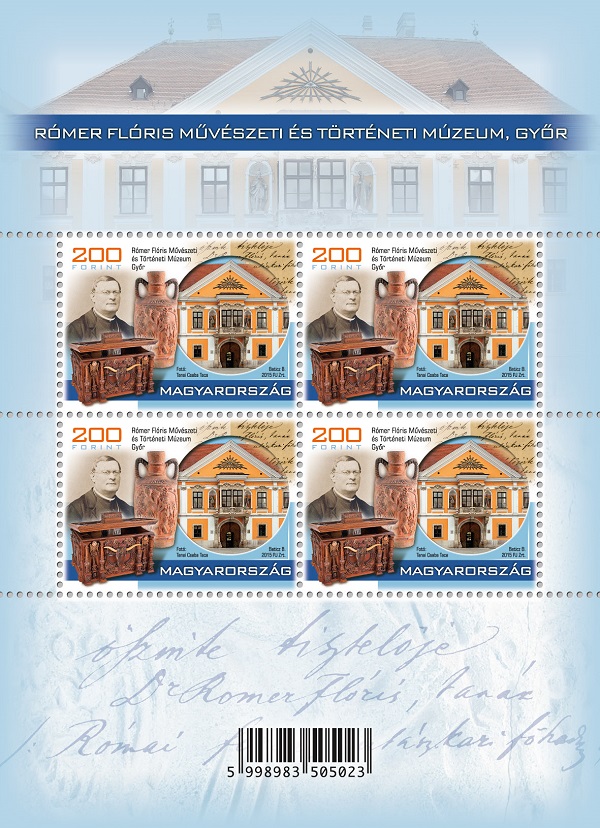 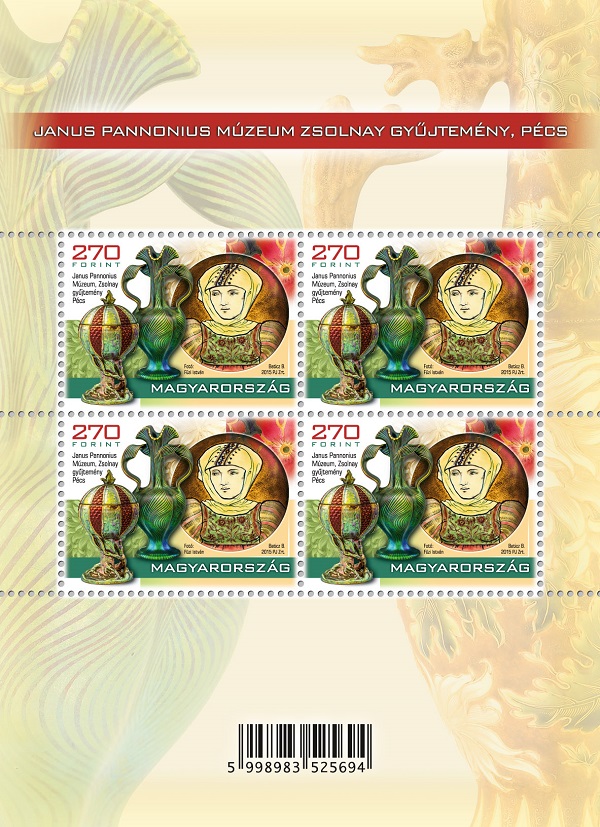 Magyar Posta is presenting the collections of Hungarian museums on special stamps. On the denominations issued in the series in 2015, some of the highly prized treasures of the Rómer Flóris Museum of Art and History in Győr and the Zsolnay Collection of the Janus Pannonius Museum in Pécs are featured. The new issues are in the format of a miniature sheet of four stamps. The new miniature sheets were designed by the graphic artist Barnabás Baticz using photographs by Csaba Taca Tanai and István Fűzi and produced by the banknote printing company Pénzjegynyomda Zrt. The new issues will be on sale in first day post offices and at Filaposta in Hungary from 3 July while stocks last, but may also be purchased from Magyar Posta’s online store.

Rómer Flóris Museum of Art and History, Győr ● Flóris Rómer (1815-1889), who lent his name to the museum, was born 200 years ago. As a Benedictine monk in Győr, he proposed founding a museum in 1857 as he realised that “antique artefacts” were of use in school education. His endeavours came to fruition on 6 May 1859 when the Imperial and Royal Central Board supervising research into and the maintenance of architectural monuments officially founded the museum. His notable successors considerably improved the collection and named the museum after Flóris Rómer. Over time, the museum’s collections and exhibition areas were increased significantly through donations and purchases. Using the old name, on 1 February 2013 the Rómer Flóris Museum of Art and History became a municipal museum with a remit for the whole county and exhibitions at 11 locations. Among the museum’s functions, receiving and educating visitors, conveying values, and preserving and presenting local culture play a major role. This is reflected by the new slogan, “open, colourful, living”. Source: romer.hu
Janus Pannonius Museum’s Zsolnay Collection, Pécs ● The Janus Pannonius Museum’s permanent exhibition presenting the Zsolnay Collection, which opened in 2007, is housed at 2 Káptalan Street in Pécs. Among the aspects the objects on display illustrate is the development of Zsolnay architectural ceramics from historic revival style ornaments to large scale individual works. Vilmos Zsolnay invented pyrogranite that enabled the use of very colourful ceramics on the façades of buildings. The basis of this Collection was the Zsolnay collection of the Municipal Museum of Pécs. This provides a historical overview of the manufacture of this form of ceramics, and was given to the city by Miklós Zsolnay in 1907. The Zsolnay family founded the museum in 1928 to mark the centenary of the birth of Vilmos Zsolnay. In 1853 Miklós Zsolnay, a merchant in Pécs, founded a stoneware factory for his son Ignác. One hundred and fifty years ago, in 1865, only a few people worked there when Vilmos Zsolnay took over the business. By developing the technology and experimenting with materials during the early years he was in charge, he transformed it into a highly successful venture. Source: pecsimuzeumok.hu 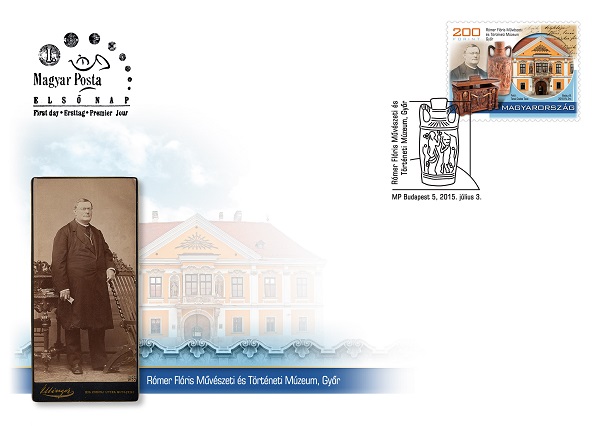 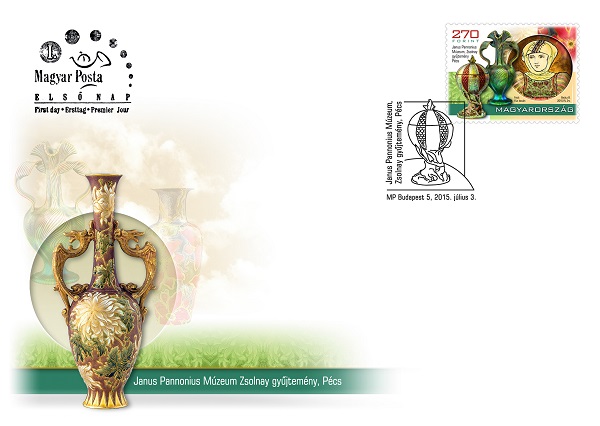