Magyar Posta is marking the 130th anniversary of the foundation of the sports club Újpesti Torna Egylet by issuing a commemorative stamp. UTE’s logo appears on the commemorative stamp with a face value of HUF 400. The first day cover for the stamp bears a list of the names of the club’s Olympic champions and the portrait of Gyula Zsengellér, Újpest FC’s legendary footballer, in honour of the centenary of his birth. The stamp was designed by the graphic artist Ervin Widerkomm and produced by ANY Security Printing Company. The stamp will be on sale in first day post offices and at Filaposta in Hungary from 19 June while stocks last, but may also be purchased from Magyar Posta’s online store. 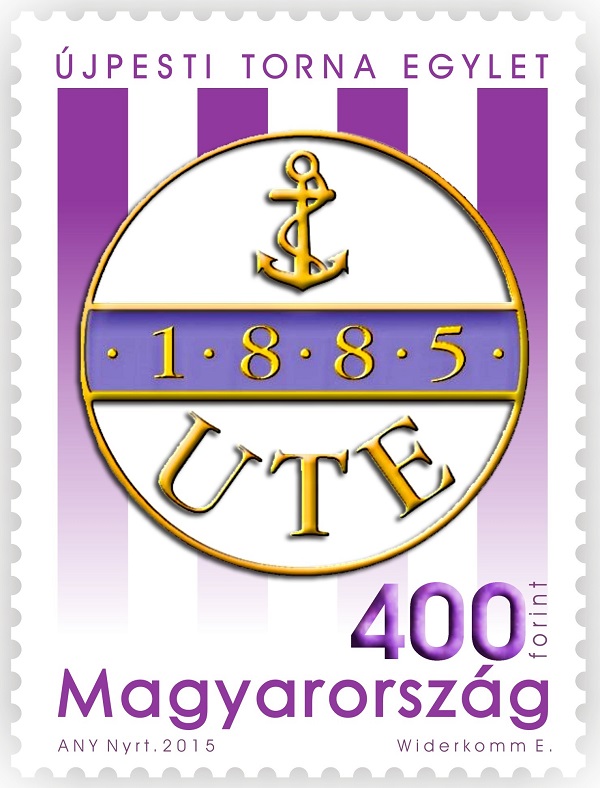 The full Hungarian name of the sports club Újpest TE is Újpesti Torna Egylet and this is the third oldest surviving sports club in Hungary. The club was founded by local residents of Újpest when it was still a village of 700 souls just outside Budapest. On 16 June 1885 twenty enthusiastic young people announced the formation of Újpest TE in a classroom of the school on the village’s marketplace. Before long, the club boasted 78 members. The membership adopted the motto Fitness, Strength and Unity as well as what would later come to indicate and symbolise continuity, the club colours of violet and white. On 31 March 1950 the Interior Ministry Sports Club merged with UTE to form Dózsa SE, which changed its name to Újpest Dózsa SC in 1957. Thanks to the efficiency of the endeavours of the excellent managers and coaches, more and more sections for different age groups in each discipline were created. Technical facilities and financial options were outstanding during the period the Interior Ministry was associated with the club. Újpest played a leading role in Hungarian sport until the 1990s. In 1991 the club reverted to its old name UTE.
Gyula Zsengellér (Cegléd, 27 December 1915 – Nicosia, 29 March 1999), the legendary Újpest FC and Hungary footballer, won international acclaim for his achievements with the Hungary national team at the 1938 World Cup. A world-class forward, he was adept with both feet, and his technique, tactical vision, intelligence for the game and goal-scoring ability were outstanding. He began his career at the age of 16 with Salgótarjáni TC and became a college world champion in 1935. In 1936, he joined Újpest, where he spent 11 years. He won four Hungarian championships and was top scorer in the Hungarian league five times. In the 1938 World Cup he won a runners-up medal and was a Mitropa Cup winner in 1939. Zsengellér won the European golden shoe on two occasions. In 1947 he moved to the Italian side AS Roma. Then in the 1949/50 season he played for Ancona, and finished his playing career at the Colombian team Deportivo Samarios in 1953. He played 325 matches in the Hungarian championship between 1935 and 1947, and scored 387 championship goals, only bettered by Ferenc Szusza and Imre Schlosser. Zsengellér played for his country thirty-nine times and scored 32 goals in internationals. The International Federation of Football History & Statistics (IFFHS) named Zsengellér the 7th most successful Top Division Goal Scorer of all time. After his retirement, he went on to a long and very successful managerial career, working mainly in Italy and Cyprus. He won the Cypriot First Division with Pezoporikos Larnaca in 1954 and the Cypriot Cup with APOEL FC in 1976. In 1958 he took charge of the Cyprus national team, a post he held for two years. (Source: ute1885.hu, wikipedia.org) 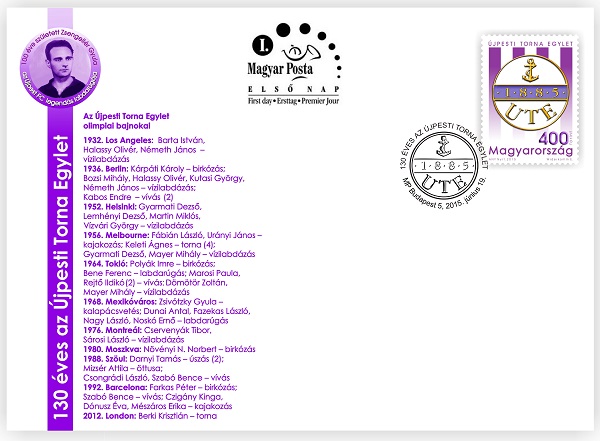