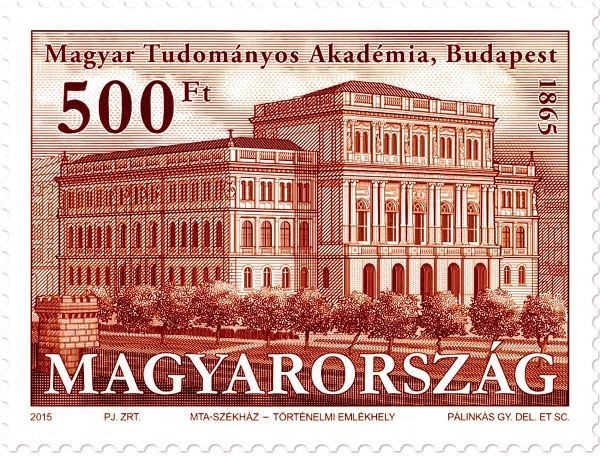 The building of the Hungarian Academy of Sciences was inaugurated in 1865. It was built at a turning point in the urban and architectural history of Budapest and was one of the first yet most mature and valuable examples of the revival neo-Renaissance style. In 1860 a nationwide collection began to raise funds for the construction of the building. A design competition was announced in 1861 and the winning neo-Renaissance design was submitted by the Prussian king’s architect, Friedrich August Stüler. Emil Wolff made the façade statuary, and the relief depicting the Academy’s foundation is the work of Barnabás Holló. Allegorisation, a trend typical of the period, played an important part in the ornamentation of both the façade and the interior. This was evident both during the building’s construction in the 1860s and 20 to 30 years later when the masterpiece in the interior ornamentation, the figural and ornamental design of the ceremonial hall, was completed. The frescos in the hall were painted by Károly Lotz, while landscapes by Antal Ligeti adorn the Assembly Hall. On 1 January 2012 the Hungarian Academy of Sciences was declared a historic monument by the National Heritage Institute. Source: mta.hu

The last stamp issued in Hungary which was produced by intaglio printing was released in 1998. The technology imparts an almost sculptural quality to the ink, making it seemingly raised from the surface of the paper and showing even the finest details. No other printing technique can produce such a wide range of shades with the same ink by merely varying the depth of the lines. It is not by chance that copper and steel engraved stamps have their own place in the full spectrum of Hungarian stamp issues. The new feature of this issue is the technique used, direct laser engraving (DLE). DLE considerably shortens the time required for production compared to conventional plate making by burning the lines of the stamp design directly into the multi-image plate. Source: Pénzjegynyomda 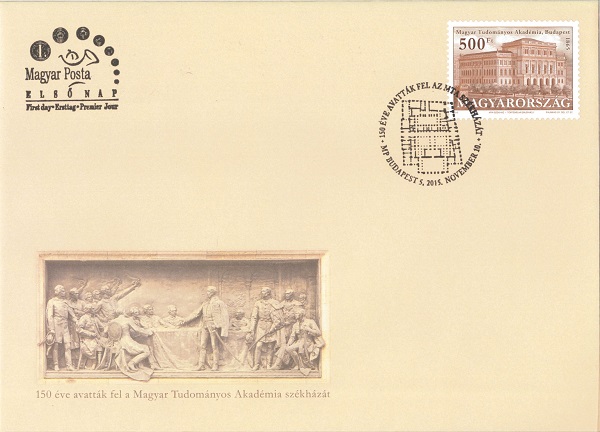