Miksa Róth was born 150 years ago

Miksa Róth was born 150 years ago

Magyar Posta is celebrating the 150th anniversary of the birth of Miksa Róth by issuing a commemorative stamp block. The stamp block with a face value of HUF 1,000 shows the prize-winning 135 x 86.5 cm Pax mosaic, which was made from opalescent Tiffany glass, Puhl and Wagner’s gold leaf and Zsolnay eosin glazed elements. It was first exhibited at the Paris World Exposition, and afterwards was housed in Miksa Róth’s library until his death. Today it is on display in the Miksa Róth Memorial House, which was converted from the artist’s former abode. The new issue was made based on the design of the graphic artist György Kara using a photograph by Tibor Fényi and produced by ANY Printing Company. The block will be on sale in first-day post offices while stocks last and at Filaposta in Hungary from 4 June, but may also be purchased from Magyar Posta’s online store. 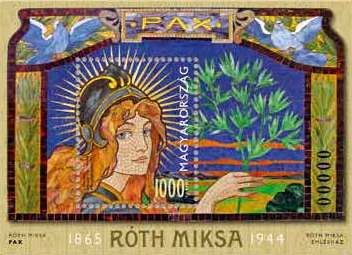 Miksa Róth (1865–1944) is the best known and most highly acclaimed Hungarian glass stainer and mosaic artist who ever lived. Among the buildings adorned by Róth’s stained-glass windows are the Gothic church of Mariasdorf in Burgenland, the Hungarian Parliament, the buildings of today’s Ministries of Finance and Interior, and the Central Bank of Hungary as well as the Vajdahunyad Castle, which was rebuilt in 1903, and the former royal retreat, which was converted into the Chapel of Ják. Of his mosaics, those which can still be seen today include the capital’s largest public mosaic, Patrona Hungariae on the facade of the former Turkish Bank House on Szervita Square in Budapest; the mosaic symbolising the foundation of Pannonhalma Abbey on the facade of the church there; and the light modern mosaic decoration of the dome hall of the Széchenyi Baths executed in conjunction with Zsigmond Vajda. Róth was awarded the title of Knight of the Order of Franz Joseph for the successful introduction of the art of mosaic-making in Hungary. In 1900 he won a silver medal at the first major international review of the Secession in Paris. Later he was awarded a gold medal in world expositions in Turin and Saint Louis, and received the Italian king’s gold medal for reviving mosaic technique. (Source: Tibor Fényi’s manuscript – Miksa Róth Memorial House) 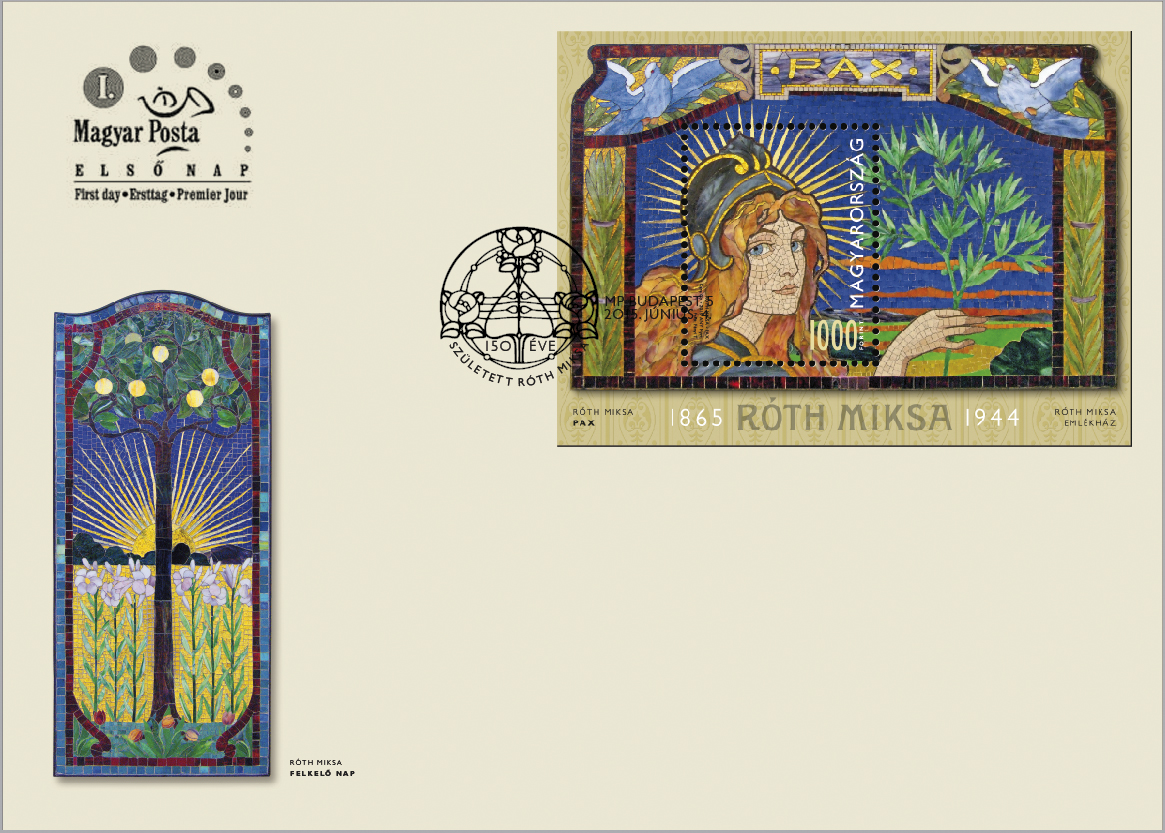