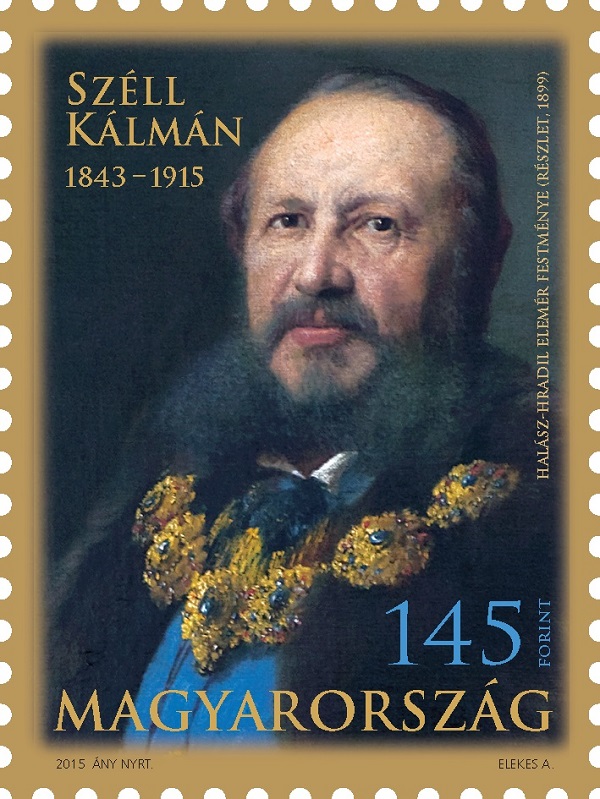 Magyar Posta is issuing a commemorative stamp to mark the Kálmán Széll Memorial Year. The stamp shows a portrait of Kálmán Széll (1843-1915) using a detail of an oil painting by Elemér Halász-Hradil. The stamp and cover are the work of the designer Attila Elekes, 20,000 copies of which were produced by ANY Security Printing Company. The new issue will be available while stocks last at first day post offices and Filaposta in Hungary from 1 October, but may also be purchased from Magyar Posta’s online store.

Born in Gastony in Vas county on 8 June 1843, the Hungarian politician Kálmán Széll was minister of financeand prime minister during the dual monarchy. He followed his father, who was deputy lieutenant and then lord lieutenant of Vas county and a member of the national assembly, into politics. Kálmán Széll attended school in Szombathely and Sopron before progressing to Budapest’s Pázmány Péter University, where he read law, graduating in 1866. On the advice of the statesman Ferenc Deák he studied finance and soon became recognised as Hungary’s foremost financial expert. In March 1875 he became minister of finance under the political colours of the Liberal Party, a post he also occupied under Kálmán Tisza’s government, whose greatest success was the establishment of the Austro-Hungarian Bank, which issued banknotes.
After the Monarchy occupied Bosnia under the Congress of Berlin, Széll resigned from the cabinet in October 1878 and became involved mainly in economic and cultural affairs, which included acting as president of the Transdanubian Cultural Society. He returned to the political scene in 1897 in response to the crisis that erupted when relations between Prime Minister Dezső Bánffy and the opposition became embittered. Franz Joseph I entrusted Széll with resolving the crisis, which he managed to do after his appointment as prime minister on 26 February 1899 under the three-word slogan “law, rights, justice”. During his four-year term of office serving as both prime minister and interior minister, Kálmán Széll settled the internal status of Fiume, and introduced provisions for the training of senior civil servants at lower administrative levels and on the conflict of interests of parliamentary representatives. He achieved success as prime minister at negotiations in 1902 which ended with the conclusion of a new economic compromise with the Austrian government headed by Koerber on 31 December. Source: rubicon.hu; szka.hu 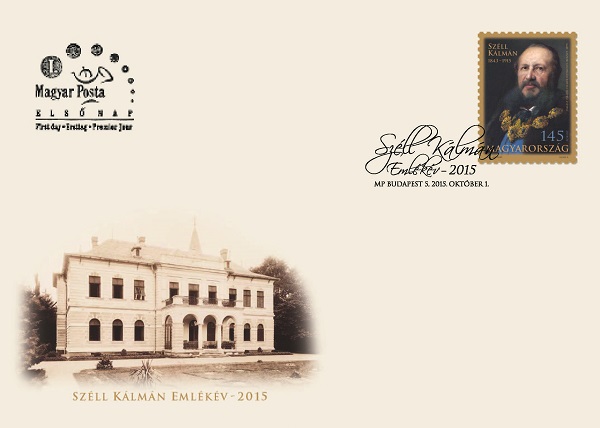