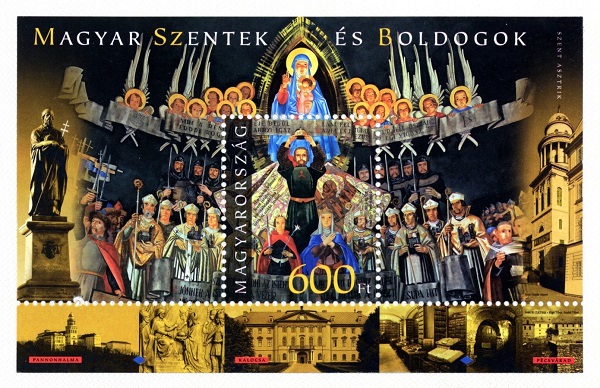 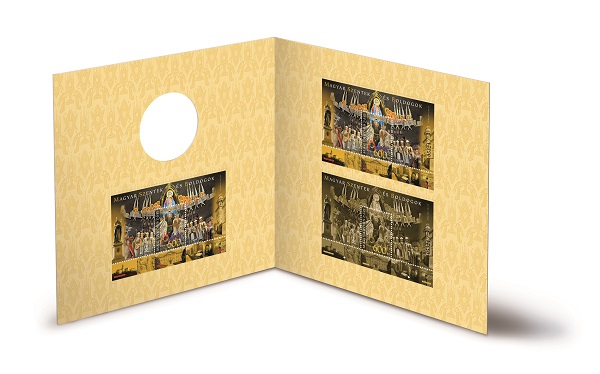 Magyar Posta is presenting the theme of Hungarian saints and blesseds through a series of stamps to be issued over several years. The third part of Magyar Posta’s philatelic series commemorates one of the most important figures in the foundation of the Church in Hungary, Saint Astrik. The design of the stamp was based on Saint Stephen Offering the Holy Crown of Hungary by Vilmos Aba-Novák, painted between 1938 and 1941, which adorns the dome of the Millennium Chapel in Pannonhalma Abbey. Saint Astrik stands next to Queen Gisela, on the left of King Saint Stephen, who is offering the crown and is depicted in a dark robe. In the background of the stamp, buildings of ecclesiastical locations which played an important role in the life of Astrik are shown. The unusual feature of the issue is that, apart from the standard version of the miniature sheet, special and monochrome editions are also being released. The miniature sheet was designed by György Kara and produced by Pénzjegynyomda. The new issues will be on sale in first day post offices and at Filaposta in Hungary from 7 August while stocks last, but may also be purchased from Magyar Posta’s online store.

Saint Astrik (? – ca 1034) was a Benedictine monk, the abbot of several monasteries, ambassador, bishop and archbishop. He became the abbot of the Benedictine monastery in Pannonhalma. In 998 or 999 he founded a monastery in honour of Saint Benedict in Pécsvárad, whence he was summoned by King Stephen in 1000 to accomplish his most important diplomatic mission, to bring a crown and, legend has it, permission to establish an ecclesiastical organisation in Hungary from Pope Sylvester II in Rome. In the summer of 1001 he probably acted as a papal nuncio in Hungary and became the bishop of Kalocsa sometime after the autumn of 1002. During the illness of the archbishop of Esztergom, for three years Astrik took temporary control of the archbishopric of Esztergom. After this, he returned to Kalocsa, and the first Hungarian king, Saint Stephen, appointed him archbishop. Astrik’s activity was invaluable in establishing Christianity in Hungary and he constantly strove for the salvation of souls by leading an exemplary holy life. 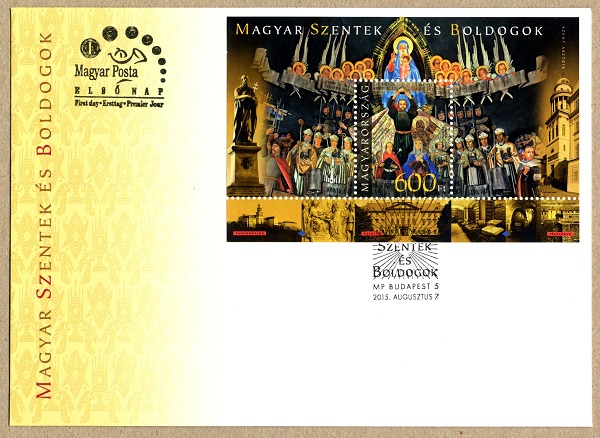