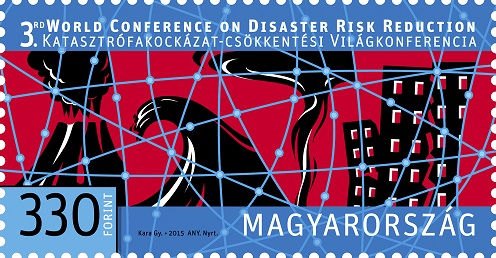 The 3rd World Conference on Disaster Risk Reduction will be held under the aegis of the United Nations in Sendai City, Japan, between 14 and 18 March 2015. Magyar Posta is issuing a special stamp in honour of the event. The stamp features a graphic design referring to disasters. The graphic artist György Kara also designed the first day cover and postmark to match the stamp. Two hundred and twenty thousand copies of the stamp were produced by ANY Security Printing Company. The special stamp will be available at large post offices and Filaposta in Hungary from 19 February, but may also be purchased from Magyar Posta’s webshop. 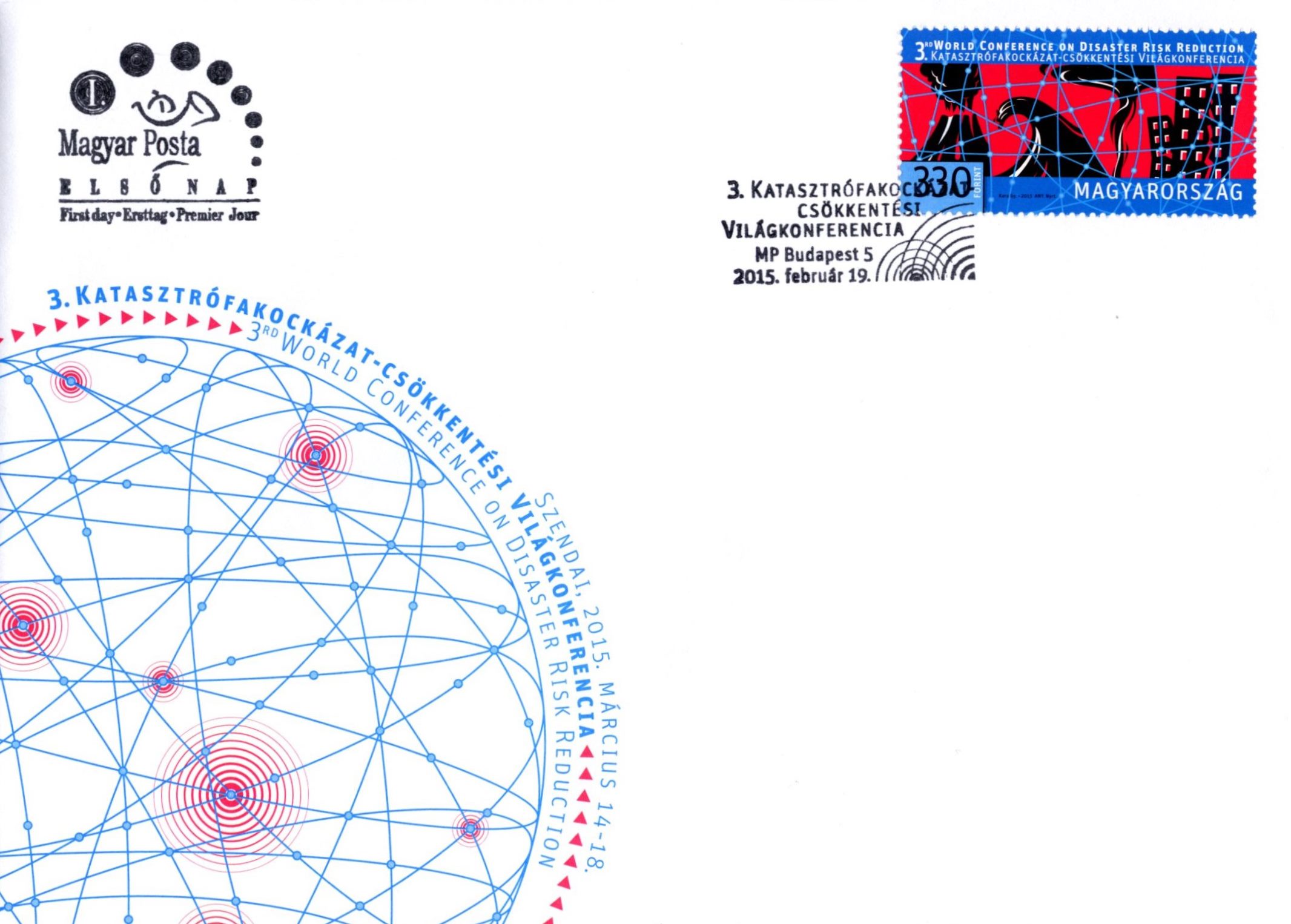 The word disaster is derived from the Greek words dus meaning “bad” and astro meaning “star”, an astronomical reference to an impending calamity. According to Section 3 of Act LXXIV of 1999 on the management and organisation of protection against disasters and prevention against serious accidents involving dangerous substances, “Disaster means a state or situation (e.g. natural, of biological origin or caused by fire) that may be declared an emergency or hazard, or a state or situation that does not reach this level of classification but threatens or damages human life, health, property, essential supplies to the population, the natural environment and natural values in a way or to a degree that the prevention or elimination of damages or the liquidation of the consequences exceeds the protection possibilities in a system of cooperation defined for organisations appointed for these tasks, and requires the introduction of special measures, and the continuous and strictly coordinated cooperation of local authorities and state agencies or the use of international assistance.”
Disaster protection in Hungary was created through the merger of the fire brigade and civil defence on 1 January 2000. The main duties of the Ministry of Interior’s National Directorate General for Disaster Management are the prevention of disasters by official means; performing rescue activities in consequent civilian emergency situations; organising and supervising defence; eliminating harmful effects, and overseeing recovery and reconstruction.
The first World Conference was held in 1994 and the second in 2005. The host of the third World Conference, Sendai City, is the most populous city of the north-eastern Tohoku region and is one of Japan’s major cities. It was founded in 1600. The city has been tragically affected by disasters as the country’s strongest earthquake registering 8.8 to 8.9 on the Richter scale, followed by a tsunami, hit the region on 11 March 2011. (Source: hu.wikipedia.org)